Few things matter as much as this: The KC Chiefs must win the turnover battle against the Cowboys on Sunday in Week 2.

Here's the post where I point out the really obvious: The Kansas City Chiefs have to win the turnover battle. Against Dallas, a good team, they just have to. It's not an option.

Winning the turnover battle is one of the strongest indicators of success in the NFL so what I am telling you is not a surprise, and it's something people already know. Especially this Chiefs team and especially against this Cowboys team, the Chiefs have to win the turnover battle. 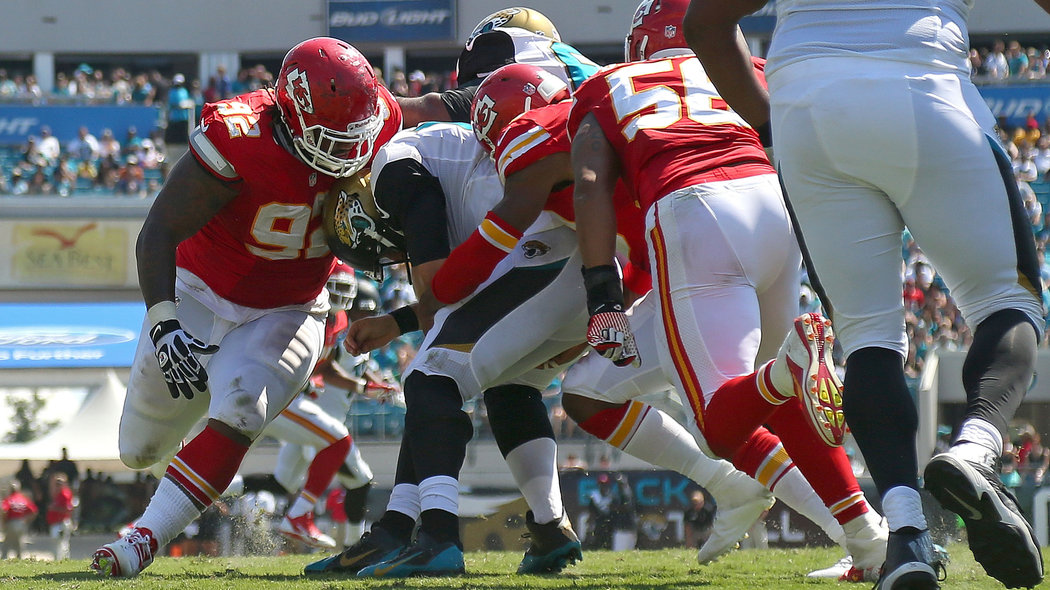 The great KaloPhoenix breaks down the Chiefs performance in Week 1 against Jacksonville. It was a good one.

Chiefs quarterback Alex Smith has a recent history of doing a great job protecting the football. The Chiefs did just that last weekend in Jacksonville turning it over zero times while picking up two off the Jaguars.

"They lead the NFL in turnovers," Alex said on Wednesday of the Cowboys defense, via quotes sent out by the Chiefs. "They got six the other night, against a good team. You could certainly see that they emphasize that, you know stripping the football, doing anything they can to create turnovers. That's something we need to be aware of in protecting the football."

The final tally in the Giants-Cowboys game was three interceptions from Eli Manning and three lost fumbles, two of them by running back David Wilson.

The Cowboys defense leads the league in turnovers.

Avoiding turnovers ... what is that? How do you do that? Besides Alex not throwing it into the wrong hands.

"I mean when you're carrying the football," Alex said, "you carry it the right way. When you're in the pocket (and you're) the quarterback, you have two hands on the football. You do the right thing, fundamentals. Make good decisions in the passing game. I think it's all of the fundamentals that carry over on Sunday. Have good ball security and that allows you to win games."

On 610 Sports the other day I said something that might be a little crazy: The Chiefs are a good enough team that they're going to be competing for a playoff spot as long as they don't screw it up. By that I meant doing things like winning the turnover battle. If Alex Smith's interceptions are under control and Jamaal Charles doesn't become a fumbler, the Chiefs are going to be competing for a playoff spot. They're good enough that they will compete as long as they don't make those dumb 2012-like mistakes. You know, the mistakes that Jacksonville made on Sunday. "Just don't screw it up" is the line I've been using.

I'm still rooting for a complete and utter meltdown from Tony Romo. Should be fun!