Ryan Scott Hall of Amateur Hour fame drops in with a few keys for the Chiefs beating the Cowboys this weekend.

Week 1 is in the books and the good guys had FUN. The Chiefs started the season with a dominant performance against the lowly Jaguars in the "sweltering" heat of Jacksonville Florida. (Why was the heat such a big deal, by the way? You don't know either? Good. Let's move on.)

This year's KC Chiefs home opener is the first of three straight games against Andy Reid's former rivals from the NFC East. Arrowhead Stadium - not to be confused with "Terrorhead", please - should be a madhouse. Yes, the Sea of Red is back with a renewed intensity and they are hungry for some football. And some ribs. Please let there be ribs.

This is a huge game. It cannot be understated. Setting the tone at home is of paramount importance and as mentioned, it's the first of three straight against the brutal NFC East. The Jacksonville game offered us a glimpse of what the Chiefs can do against a bad football team; Dallas looks to be something else entirely...

Listen to Ryan on Amateur Hour 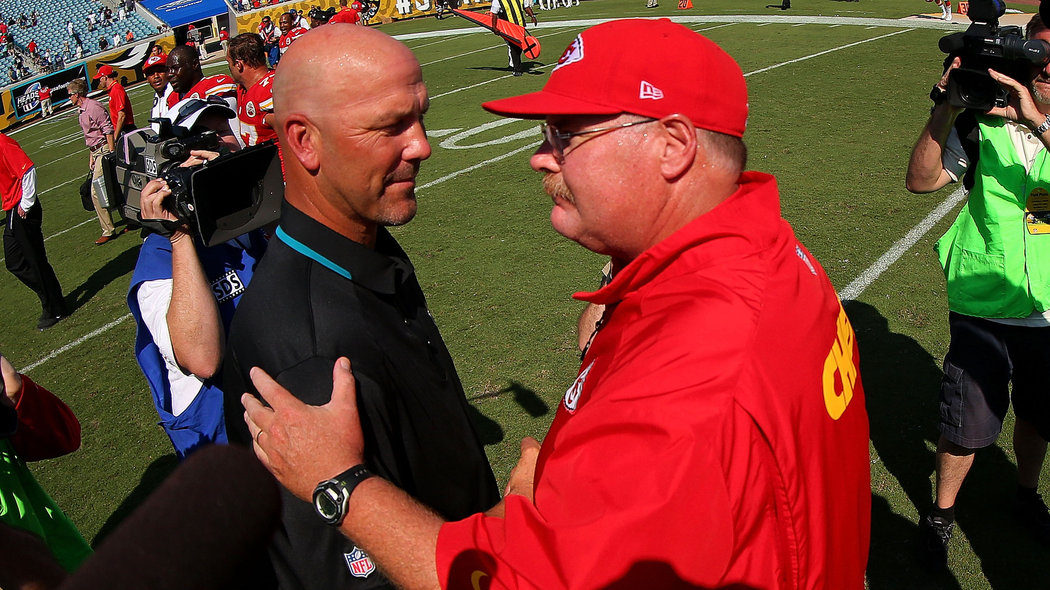 So how ‘bout them Cowboys, you ask?

Last week on Sunday Night Football the Giants gift-wrapped SIX turnovers and somehow Dallas managed to win by less than a touchdown. There were countless opportunities to pull away, but Jerry's boys could never seem to truly separate themselves from the Giants on Sunday night. That division is a difficult study - the rivalries are intense and the games are anything but predictable. But come on... this one was up for grabs until the final whistle blew. What prevented Dallas from completely embarrassing the Giants when everything seemed to be going their way?

This is, by all accounts, a great offense the Chiefs will be facing on Sunday. The skill position players are second to none league-wide. Jason Witten is still a genuine force at tight end and likely Tony Romo's favorite target. Dez Bryant is always a threat to score but the Giants were able to keep the big play in check all night long.

Credit the Giants, sure ... But really, this is a product of more conservative playcalling on Dallas' part. Worth noting was the emphasis on running back DeMarco Murray - 20 carries and 8 receptions for a total of 125 yards. The offense seemed to flow through him and while he wasn't wildly successful, he was certainly effective and looked very explosive at times.

The biggest issues for the Cowboys' offense are all at the line of scrimmage.

The biggest issues for the Cowboys' offense are all at the line of scrimmage. They have a rookie center, two journeyman guards [with the exception of newly acquired Brian Waters, who may or may not have to start his first game in a Cowboys uniform AT Arrowhead] and a pair of highly-touted but inconsistent tackles. Perhaps it's a bit of a surprise that Romo was sacked only twice on Sunday, but New York's defensive line is a shell of its former self.

Defensively, the Cowboys are a mixed bag. It's going to take a few weeks to adjust to Monte Kiffin's Cover-Two scheme and they may have to do it without prize cornerback Morris Claiborne, who dislocated his shoulder against the Giants. Chiefs fans are obviously familiar with his running mate Brandon Carr, who will make his first trip to KC as an opposing player this weekend. The Safeties are... suspect. Will Allen is a decent veteran who's familiar with the scheme from his days in Tampa, but there isn't an impact player at the back of the defense for them.

The linebackers are an underrated group led by Sean Lee, an ascending player with surprising athleticism and nice range in coverage. Then you have the defensive line, a unit that includes one of the best players on the planet. George Selvie (remember him?!) played well last week in place of injured defensive end Anthony Spencer, who had knee surgery in July. Spencer is easily their second best pass rusher and he might debut on Sunday, but he'll certainly be rusty as he hasn't practiced in months. Inside at tackle, Jason Hatcher has been effective for the Cowboys at times but this defensive line - and really, the defense as a whole - is all about DeMarcus Ware.

How to stop the Cowboys offense: Pray 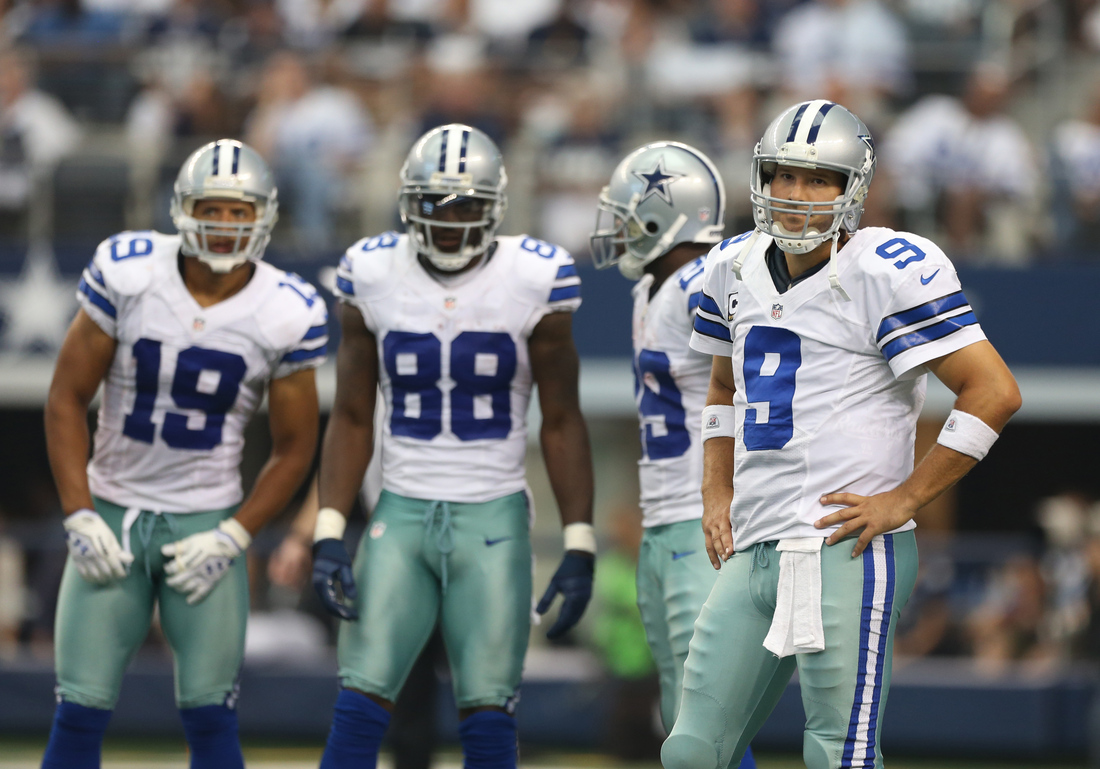 Dallas is the type of team that's going to score on you eventually. It's inevitable. Putting consistent pressure on Tony Romo is an absolute necessity, but it may need to come from somewhere other than our outside pass rushers. I would look for some more creative blitzes from Bob Sutton this week, most of which will be designed to bring pressure up the middle. Dontari Poe needs to play as well or better than he did against Jacksonville, especially against their paltry interior OL. Justin Houston doesn't need to have three sacks again, but Doug Free is absolutely a favorable matchup for him.

It will be very interesting to see if we stack the line against Dallas the way we did in Jacksonville... if Sutton goes that route then he's got a set of brass because one deep safety against the likes of Dez Bryant and Jason Witten sounds like a recipe for disaster.

However... it may be a gamble worth taking. If DeMarco Murray gets shut down, they become a volume passing team. The more Romo throws, the more likely he is to make mistakes.

The real emphasis on Sunday should be to get them in third and long and blitz the hell out of them. Tony Romo has never been a conservative passer and his mechanics have a tendency to go out the window when the heat is on.

You may give-up a big play or two but you will probably force a couple as well.

How to attack their defense: Patience 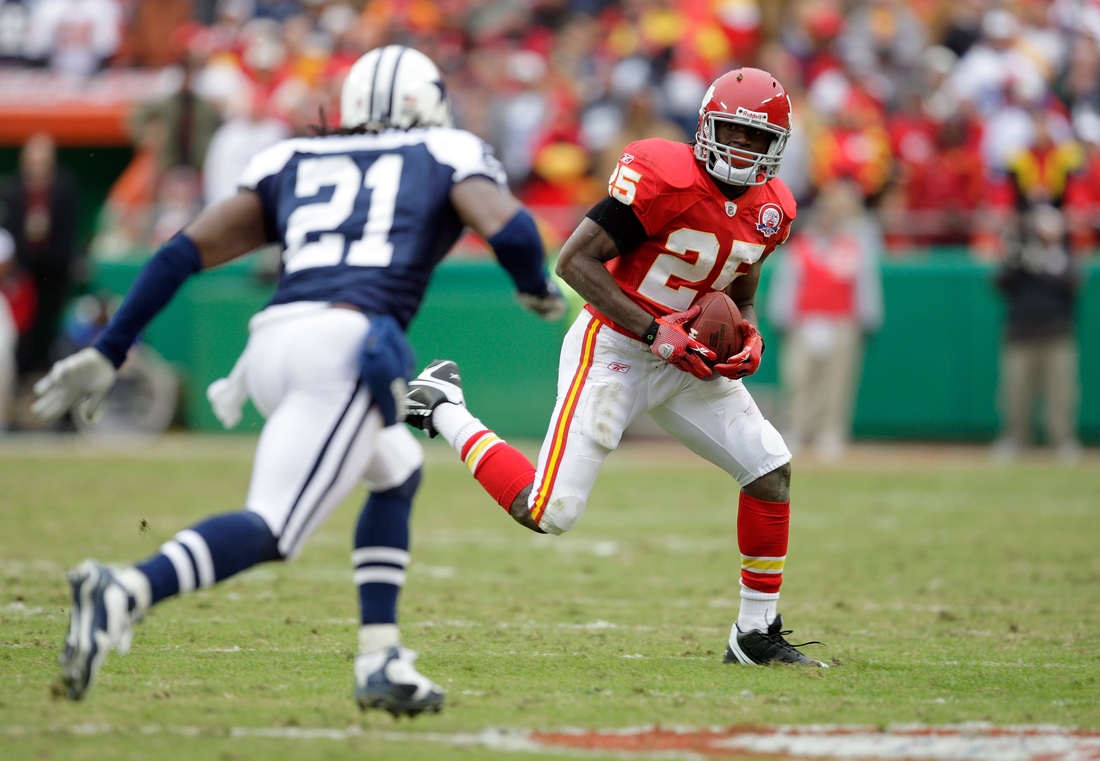 The soft spots in the Cover Two aren't exactly where Alex Smith makes his living... Deep middle? Naw bro. Intermediate throws outside the numbers? Dream on.

This defense is designed to keep everything in front of you. It's the classic example of "bend but don't break." For the corners, they're supposed to pass receivers off to the safety behind them if / when someone is entering the shallow part of their zone. You've heard of an overload blitz? Well, attacking the cover two is a similar process. Running layered routes into the same area is the easiest way to create soft spots that aren't normally there.

Basically, we're going to have to chew-up the field in small chunks all day and hope to move the chains. The plus side of this seemingly innocuous gameplan? You can control the clock and keep their high-powered offense on the sideline.

Key Advantages for the Chiefs 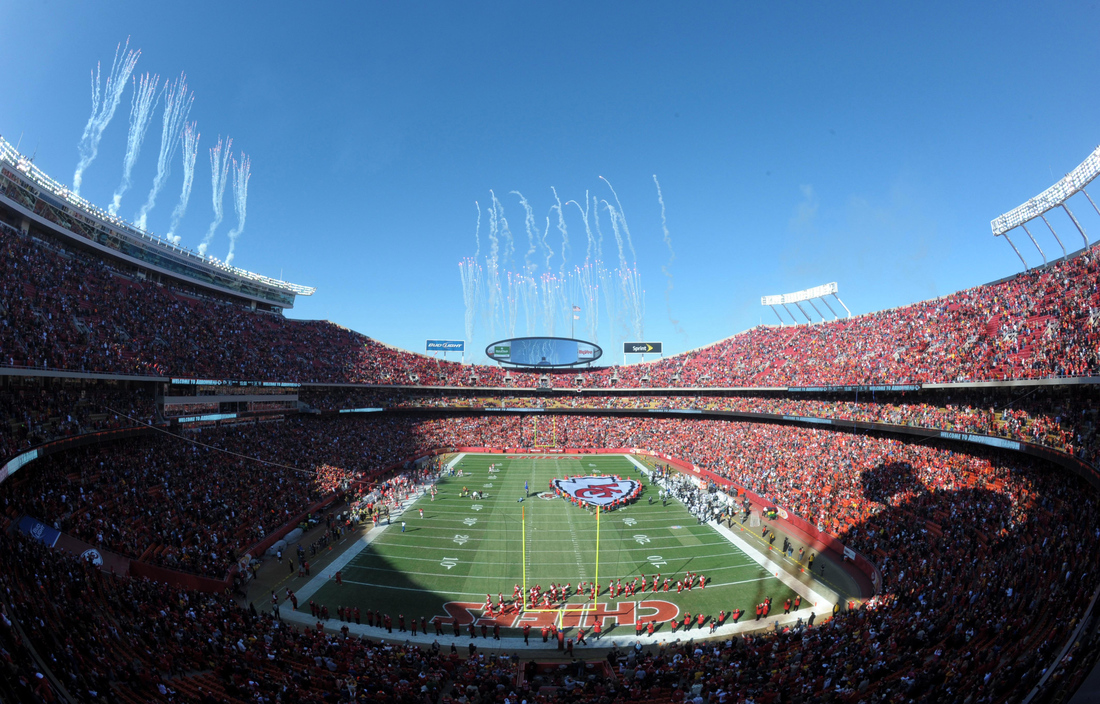 2. Coaching - To say I don't believe in Jason Garrett would be putting it mildly. He has reluctantly delegated responsibility to Bill Callahan and Monte Kiffin as a last resort at saving his job. While his impact on game day could be somewhat minimized, I feel like the Chiefs have a very significant advantage with Andy Reid at the helm. His familiarity with former divisional foes like Dallas gives the Chiefs an edge that the opponent can't replicate.

3. On the field, I feel surprisingly at ease with Brandon Flowers shadowing Dez Bryant. My boy is every bit of six inches shorter and 30 pounds lighter than his mark this week... but he sure doesn't play that way. Bryant is sort of a crybaby that gets flustered easily and Flowers is a terrier that will get under his skin. I also really like the idea of Alex tucking the ball away and stealing some yards when Dallas drops into their zone... which they will. A lot.

Key Advantages for the Cowboys 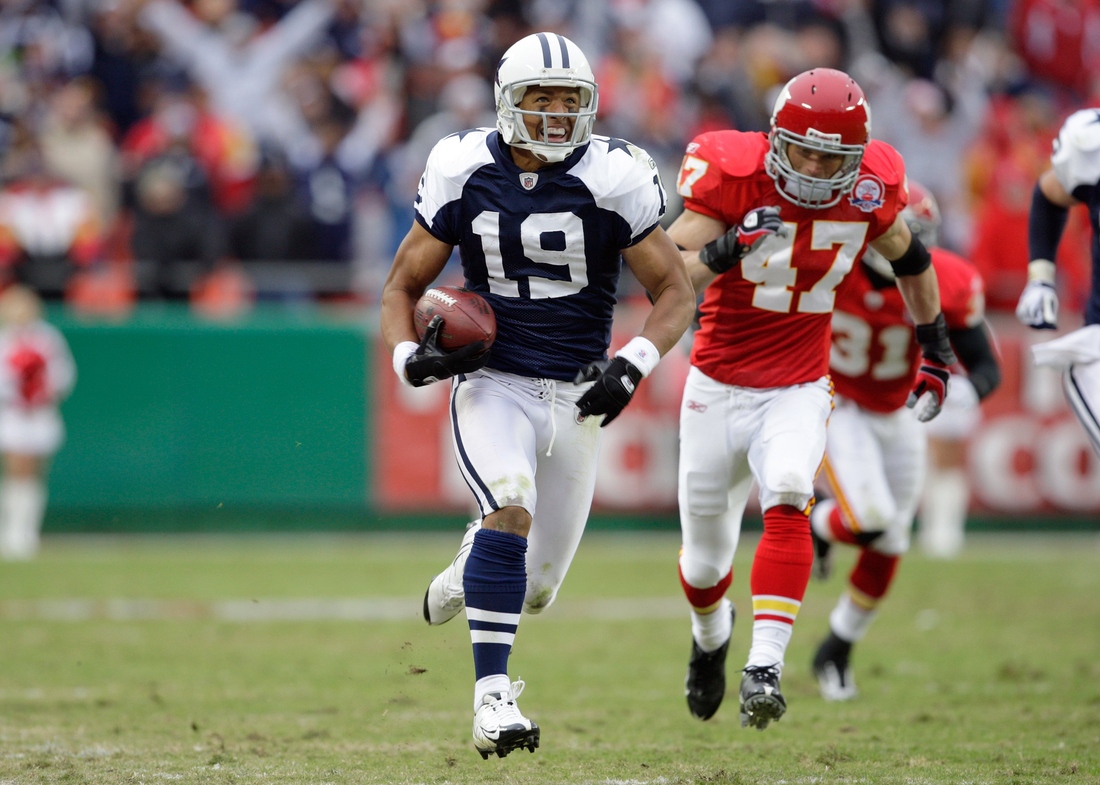 1. Offensive firepower - this one isn't even close. You give Andy Reid the reigns of that set of skill players and Dallas will just plain outscore most of the league. It's silly how talented they are.

2. Preparation - Dallas played the Giants last week, a very legitimate test. The Chiefs played a road game but it was against what could prove to be the worst team in the NFL. Kansas City could be in for a rude awakening on Sunday when they encounter legitimate competition.

Dallas is the better team right now. I feel like this early stretch against the NFC East is the worst time for the Chiefs to play them. Three games in a row isn't the worst thing that could happen, but I would prefer to do it late in the year when we've had a chance to get rolling. Then again... maybe not?

Andy Reid knows the Cowboys very well. They know him too, but they don't know him coaching this team. And let's be honest - it's not like the Chiefs put a lot of things on tape last week.

The more I think about this game, the more I like the Chiefs... so the only reasonable conclusion is sticking with Dallas.