This week it's much tougher to make a pick on the Kansas City Chiefs game as they host the Dallas Cowboys but I'm going to man up and do it anyway.

Last week, I correctly picked the Kansas City Chiefs to beat the Jacksonville Jaguars, as most of you did on this site. Unfortunately, the rest of my picks were mediocre at best. I was let down by multiple teams who I thought had it in the bag, including the Tampa Bay Buccaneers and Cincinnati Bengals.

This time around, I'll aim to do better. Please forgive me, I was a little rusty. Ok, really rusty, lay off me.

Now, onto the Week 2 picks, with all lines provided by Oddsshark.com. The AP staff's Chiefs predictions are also included.

Kansas City demolished Jacksonville in a performance that made me feel like this. Dallas gave up 31 points to a team that treated the football as radioactive waste. In all seriousness, this is a very tough game to pick, but give me the better defense every time. The Chiefs may very well have the superior group on that side of the ball.

Ultimately, I believe in Justin Houston destroying Doug Free and Dontari Poe teaching Travis Frederick a few lessons on Sunday. The Cowboys are a formidable team, but the matchups fit the Chiefs well.

24 fun facts about the Chiefs 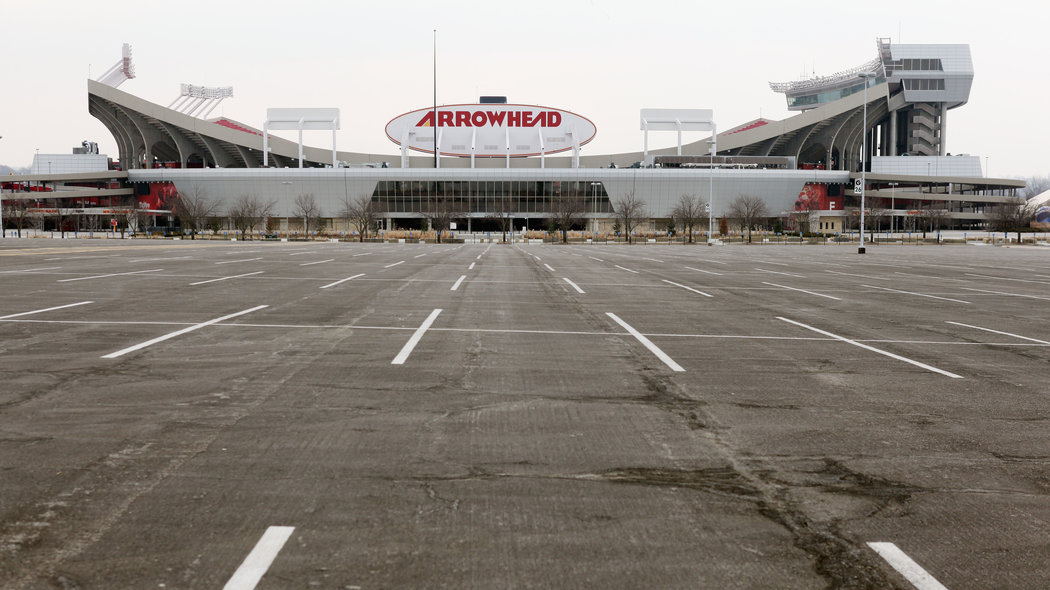 Chiefs 21, Cowboys 20. One week later, I'm a firm believer. The Chiefs are also catching the Cowboys at the perfect time. A late Sunday night game led to health concerns for Tony Romo, Dez Bryant, Morris Claiborne and others. It's one team with a lot of newfound momentum against another likely on its heels. Arrowhead is the difference here.

Chiefs 24, Cowboys 21. Kansas City pulls out some of the stops and looks good on offense, while the defense does a good job shutting down Demarco Murray in the run and passing game. Dez Bryant, Miles Austin, and Jason Witten will score against the Chiefs, but the pressure brought by the defense will be enough to force mistakes and set the offense up with good field position.

After all of one week, I think it's safe for me to head over to MetLife Stadium and get in line for the Chiefs' Super Bowl (that's how you get in right?). The Chiefs manhandled an undefeated team last week and it's safe to assume they will do the again at home on Sunday.

The Miles Austin flashbacks could become reality again (I hate that guy).

In reality, I think his will be a close game and I have no clue as to who will win. On that note, homer-ism kicks in and I go with Chiefs 28 - Cowboys 17.

Chiefs 31, Cowboys 17. Is the Chiefs defense the all-devouring powerhouse that makes you want to say, "there are no Chiefs, only Zule?" Probably not. But the Cowboys have an offensive line that's iffy at best, and our front 7's performance was not a fluke. Additionally, thanks to the Jaguars being kind enough to let us have a comfortable lead early, a great deal of our offense should still be a unknown to the 'Boys. I think (perhaps "hope" is a better word) that the offense is going to calm down a few people next week. Either that or we'll all freak out. Good time!

I have a hard time picking us to beat anyone good yet. Alex Smith lost to a similar Cowboys team at home with a better 49ers team around him. Hating. So I'll go with Cowboys 24, Chiefs 17.

Chiefs 27, Cowboys 23. I am completely open about my Chiefs bias. I can't not pick them this week. Tony Romo throws three interceptions and the Chiefs capitalize on the turnovers. KC does the small things right and picks up the win.

Back to Matt Verderame for the rest of the picks:

Bill Belichick vs. Geno Smith is not a good thing for the Jets. New England looked brutal on offense in its opener and likely will struggle to score points against Rex Ryan's scheming, but it's tough to see them losing at home to this New York team.

Chicago is simply a better team, at home. The Vikings remind me so much of those Chiefs teams under Todd Haley. No quarterback, great running back, solid talent on defense but stuck in mud. Minnesota might have more talent than Chicago, but it doesn't matter.

Two good teams with their backs to the wall. However, one has home-field, a healthy quarterback and a non-offensive name. Washington looked terrible in Week 1 despite coming back late, so it's tough to pick them here.

Houston is still thanking San Diego for its first win of the year. The Titans won and yet got no respect from Vegas, mostly because Jake Locker still looks like Matt Cassel. This is a classic battle of two terrible coaches as well, something that always promises comedy at a key moment.

Last week, I went all on the Colts to crush Oakland, and they almost let me down in colossal fashion. This week, I'm still believing they'll beat the Dolphins, who somehow managed to have two players furious at their coach after a win.

After watching the second half of the Chargers game on Monday, this line can't be high enough. I'm not a huge believer in the Chip Kelly revolution, but San Diego can't play defense. Coming all the way across the country won't help either. 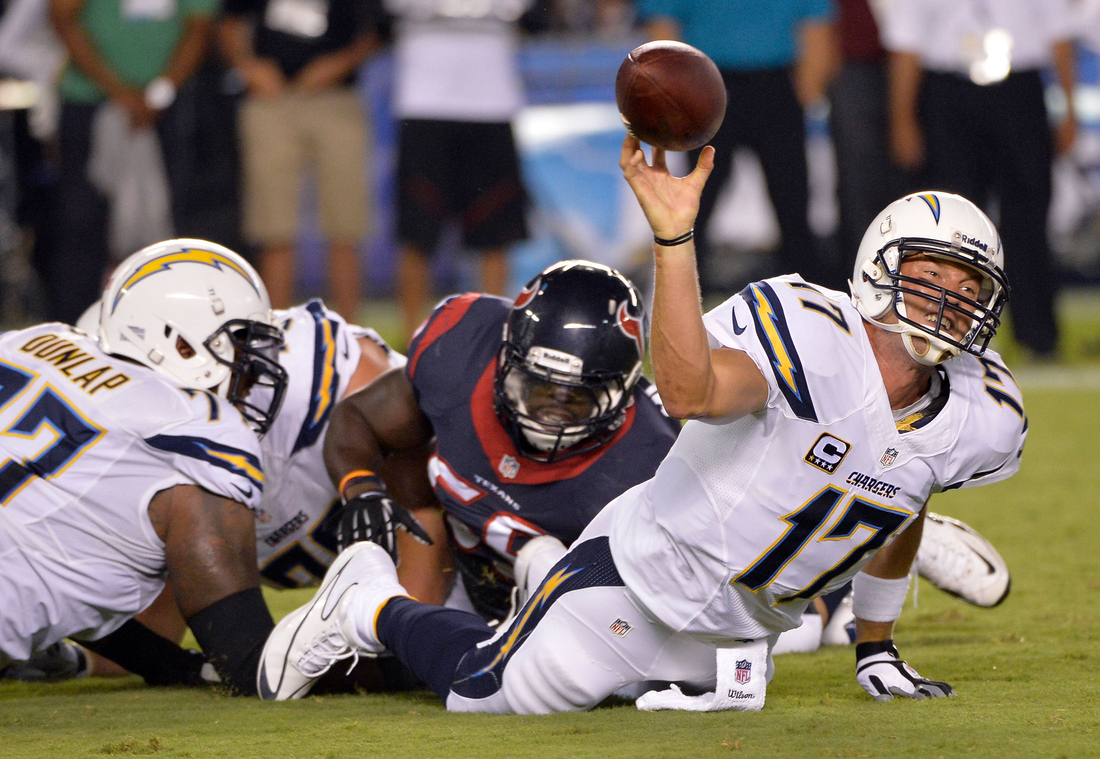 Atlanta can't block at all, but this is a desperate moment for a team at home where they are 14-2 over the past two seasons. The Rams are improved but probably not to the point of beating a very good team in a spot like this. Close game, but Falcons win.

Can the NFL do us a favor and show dueling shots of Ron Rivera and Doug Marrone the entire game? Anything could happen in this bad boy, and in toss-up games you always take the best quarterback.

Baltimore got hammered against Denver, but I still believe in this group as a viable team. The Ravens are going home to play in front of ravenous fans against a Cleveland team who last I checked, features Brandon Weeden as its quarterback. Enough said.

Detroit Lions at Arizona Cardinals (EVEN)

This is a perfect example of a game in which anything could happen and not be shocking. Either team could win on a last-second field goal and yet either could lose by 45 points. When in doubt, take the better quarterback. Matthew Stafford over Carson Palmer all day.

The Buccaneers were accepting payment from Woody Johnson after the game Sunday, which is only right after their display. Taking 12 penalties, including the dumbest since this guy, doesn't help your case with me before you face Drew Brees and Sean Payton.

I really want to pick the Giants in a game reeking of "Wow, Tom Coughlin must have really fired up those boys after such a craptastic performance." Then I glance at the New York secondary and wonder if Peyton Manning is ever going to throw an incompletion. 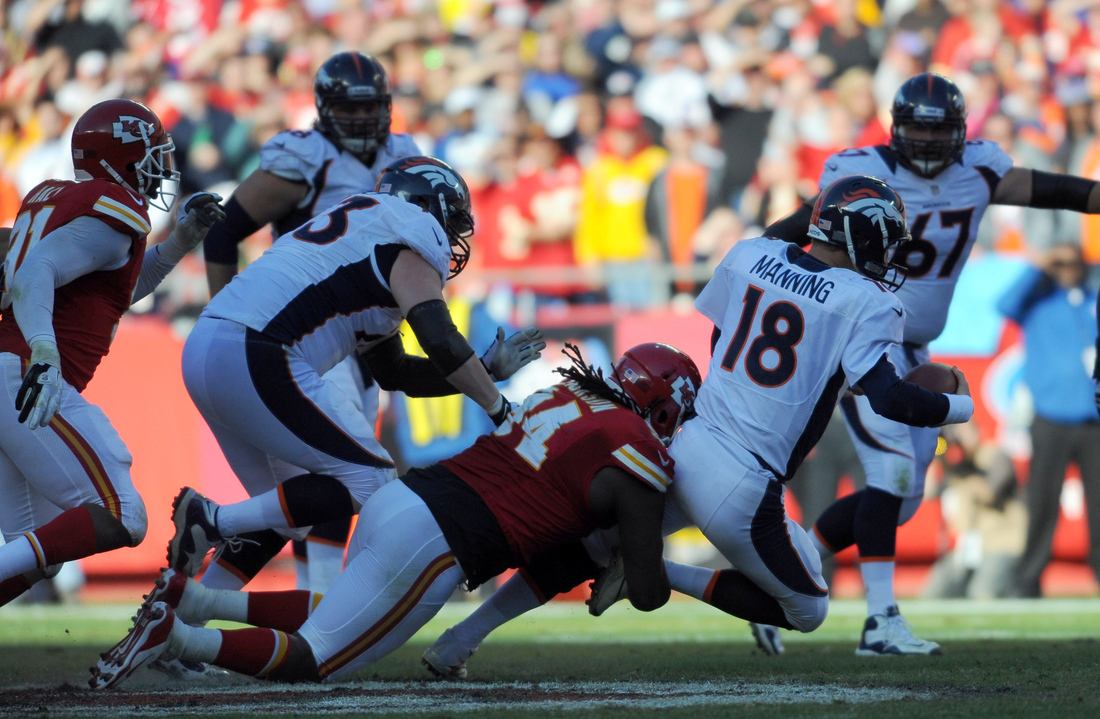 This game is going to cause a lot of this around the country when people unwittingly turn it on. However, Terrelle Pryor actually looks like a respectable quarterback. With Blaine Gabbert out, Chad Henne gets the start. Yikes. 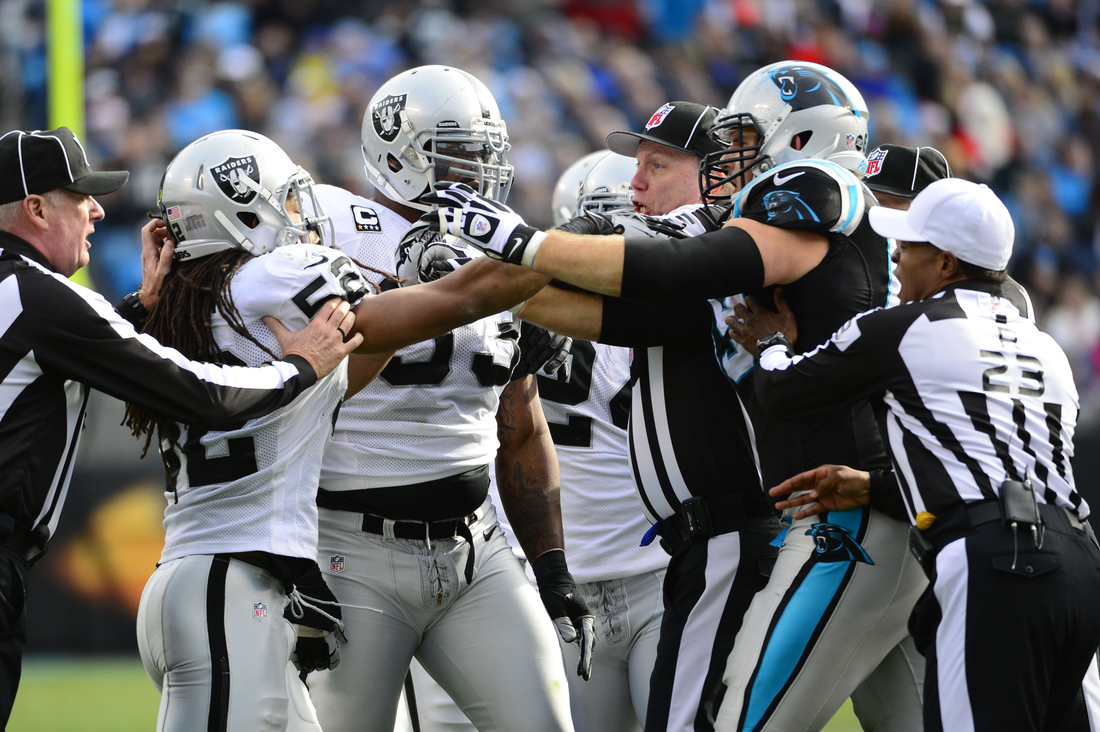 This is a great game. Both teams have had to listen to the media hype up the other all offseason, making this a likely candidate for about five personal fouls. San Francisco looked better on the opening Sunday, but this is a brutal place to try and steal a road game.

Cincinnati is poised to have a bounce-back game after laying an egg late against Chicago. On the other side, Pittsburgh just lost its best offensive lineman and is generally looking lost. It's hard to take a team with no line against a desperate Bengals team.