24 fun facts about the Kansas City Chiefs after Week 1

There are a lot of interesting tidbits to explore for our undefeated squad, the Kansas City Chiefs.

Share All sharing options for: 24 fun facts about the Kansas City Chiefs after Week 1

The Chiefs put together their most complete performance in two years on Sunday (yes, against the Jaguars.  Lalalala not listening to you!).  The defense was absolutely FLYING around the field.  The offense didn't completely stink (sure, there were some 2nd half issues, but compared to last year we were the '99 Rams). The defensive line was absolutely dominating the line of scrimmage. Jamaal Charles split wide but more on that later.  Dustin Colquitt got to kick someone in the ribs (positive spin on a blocked punt).  Lots of great stuff.

The biggest thing though, is that it was fun to watch.  By the end of the 1st quarter the usual knot I get in my stomach watching Chiefs games untied.  Midway through the 2nd quarter I was enjoying myself (imagine that!).  By the time Tamba Hali was doing some modified version of the Lord of the Dance, I was having a complete blast.

So, in honor of all that fun, Iet's look at a series of fun facts.  Some are quick hitters.  Others I'll delve into a little deeper.  But all are very, very fun (word of the day alert!). 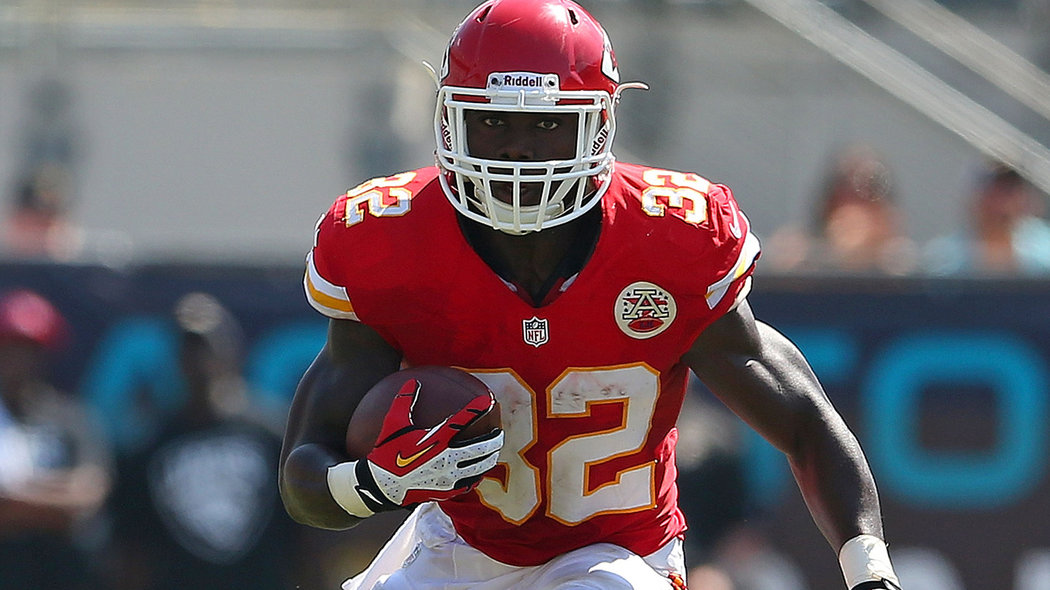 Fun Fact #3- +2 is the current turnover differential for the season.  When was the last time this stat was positive for the Chiefs?  You'd have to go back to... well, uh.  You know what, this is a happy place.  Let's move on.

Fun Fact #4- The Chiefs defensive line has half (HALF!) as many sacks as it had during the entirety of 2012.  And if it weren't for Justin Houston being a cyborg centaur, Dontari Poe would have one more (Houston got there just a FRACTION of a second before Poe did).

Fun Fact #6- The Chiefs had 31 stops on 74 plays.  A stop, if you'll recall, is a "solo tackle which constitutes an offensive failure, including sacks" (a fun PFF stat).  So on nearly half the plays the Jags ran, their offense completely failed.  Good times!

Fun Fact #7- The Chiefs now have more interceptions returned for a touchdown than they did last season.

Fun Fact #8- Jamaal Charles played wide receiver and was the primary target.  It's easy to bypass that play and say, "yeah, that was a nice play" while moving on.  That would be a mistake.  If you're able, go back and watch the replay there.  The offense is clearly designing the play so that JC is all by himself against a lone defender with no help in sight.  Remember the "oop de oop" offense they ran at the end of Varsity Blues?  This was kinda like that, except not as cool because, you know, no James Van Der Beek.

I could watch that play a million times. JC throws a quick fake and has beaten the defender within half a second of the snap.  It's not even a contest.  You know that one guy who plays flag football in your league who was all-conference at WR in college but is now playing against you and a bunch of other regular guys?  That's what Charles looks like matched up against a linebacker in space.  They only employed it once because, you know, we were slaughtering them.  But keep an eye out for that.  Because it's unstoppable unless they bring extra guys over.  Which opens things up all over the field.

Fun Fact #10- Justin Houston is almost halfway to his over / under number of sacks.  Why I didn't put my life's savings on the over I'll never know. 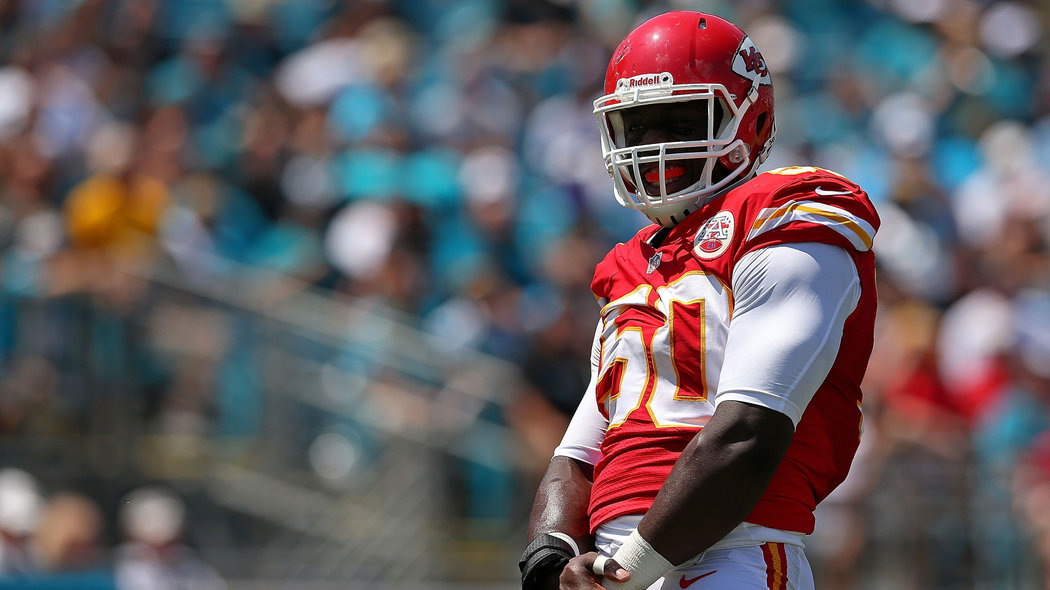 Fun Fact #11- Mike Catapano, despite being a rookie pressed into action, actually recorded a QB hit and several hurries.  Given he was jumping from the Ivy League to the NFL, that's very, very encouraging.  Plus, he looks like he just got done bench pressing a continent.

Fun Fact #12- Sean Smith allowed ZERO receptions in four targets.  I know it was against Blaine Gabbert, but still.  He actually had a better day than Brandon Flowers.

Fun Fact #13- After an offseason of people begging he be replaced, Kendrick Lewis played well.  Could the secondary be better than we hoped?

Fun Fact #14- Jamaal Charles had 100 total yards despite barely touching the ball in the 2nd half.

Fun Fact #16- Jeff Allen allowed one hurry on the day.

Fun Fact #17- The Chiefs had only three three-and-outs on the day.  Even when they weren't scoring in the 2nd half (and don't get me wrong, that needs to get looked at and improved on), they were still moving the ball enough to keep the field position battle swung against the Jaguars.  In the 2nd half, the Jags started their drives on their own 14, 16, 20, 12, 20, 24 ,20.

That's a lot of ground to cover on every drive when you're trying to come back.  And this was with Dustin Colquitt having (for him) a bit of a "meh" day (he had a couple of touchbacks more than we're used to seeing, though part of it falls on the coverage guys).

Does the offense need to get looked at?  Absolutely.  But it's worth noting that the Chiefs were still doing just enough to make a comeback very, very difficult.

Fun Fact #18- The Chiefs lead the league in sacks.  This is actually happening.

Fun Fact #19- Von Miller got arrested again.  OK, that has nothing to do with the game.  But it sure is fun.

The Chiefs lead the league in sacks.  This is actually happening.

Fun Fact #20- Dexter McCluster is in the top 10 in punt return average at 11.4 yards per return, with the longest punt return of the week for any NFL team.

Fun Fact #21- Junior Hemingway is getting involved in the offense.  Dare I say another successful Pioli pick? (ducks)

Fun Fact #22- Tyson Jackson is still intimidating even after having seen his entire butt.

I have literally no idea how things are going to play out against the Cowboys.  But for now, I'm having fun.