Should Chiefs be favored to beat the Cowboys? And more questions about KC after Week 1

We've had a number of polls on the site recently so I wanted to hit rewind and take a look at what everyone said about the Kansas City Chiefs in our polls this week.

Share All sharing options for: Should Chiefs be favored to beat the Cowboys? And more questions about KC after Week 1

Are the Chiefs that good or are the Jaguars that bad? A little of both

Power rankings: Middle of the pack for KC 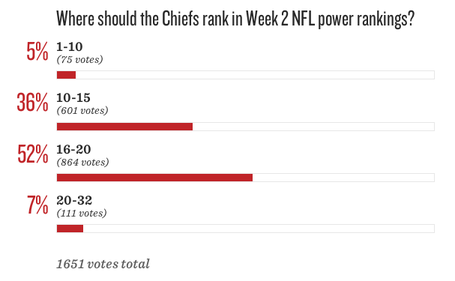 They were at No. 19 by SB Nation's NFL power rankings. That's fair right now. From many others' perspective, KC just beat a really bad team. You can't learn as much about your team by beating someone bad. It's important to beat those teams, but it's not "proving" a whole lot. That said, simply winning the games you should and not screwing it up is an effective way of making it into the postseason.

I was surprised. I don't know what I expected but I was a little surprise. The Chiefs are the home team and they say home teams get three points. So this game is pretty even.

The game ball goes to... 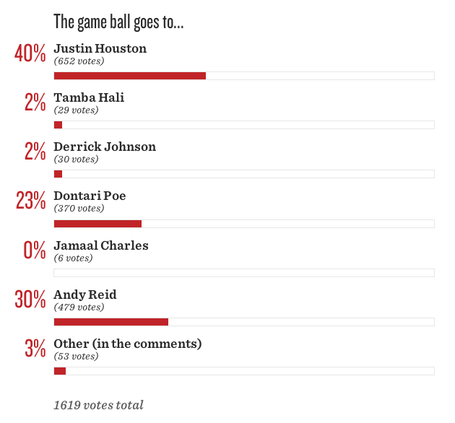 Hard to knock this one. Andy Reid certainly deserves one -- and got one from Clark Hunt after the game -- but Justin Houston looked outstanding in Week 1. Good choice, AP.