Chiefs vs. Saints preseason: 30 things to watch for in the first game

The KC Chiefs take on the New Orleans Saints in the first game on the Chiefs preseason schedule. Read on for 30 things to watch for in tonight's game. Here are details on how to watch the Chiefs online and here is the Chiefs roster.

Share All sharing options for: Chiefs vs. Saints preseason: 30 things to watch for in the first game

1. The quarterback playing time is Alex Smith getting the first quarter, Chase Daniel getting the second quarter, Tyler Bray with the third quarter and possibly a little bit of the fourth, and then Ricky Stanzi to finish it off. That's the basic run down. Things can change as the game goes on but look for that to be the playing time for the starters and reserves.

2. There are five players who will not play in the game: S Sanders Commings, LB Mike Catapano, WR Junior Hemingway, C Tommie Draheim and OT Donald Stephenson. They did not travel with the team to New Orleans. Here are details on their injuries.

3. Everyone else on the roster -- save perhaps Hutch Eckerson, who was just signed -- is expected to play in the game.

4. Inside linebacker: Akeem Jordan will likely get the nod as the starter but rookie Nico Johnson has been seeing some first team snaps. This position remains open.

5. Tight end: All three players should get early snaps tonight. The depth chart reads Anthony Fasano, Travis Kelce and Tony Moeaki. Some would say that Moeaki has had a better camp than his No. 3 team designation would suggest.

6. No. 2 receiver: Jon Baldwin appears to be the man as of now but Chiefs OC Doug Pederson was talking about Donnie Avery the other day. This is still a battle. 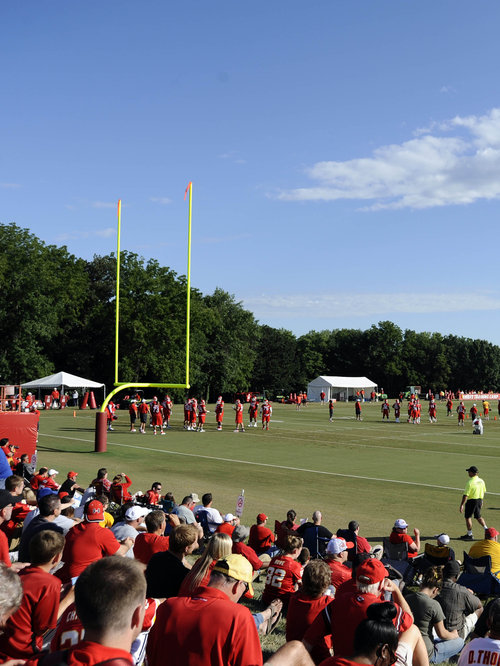 7. No. 3 quarterback: This is Tyler Bray's job to lose. Keep an eye on how long he plays -- it could go into the fourth quarter.

8. Left guard: Jeff Allen has been running with the ones. Geoff Schwartz stepped in for him when he was injured for a couple of days. Schwartz is also running on the second team at right tackle.

9. No. 2 running back: Knile Davis will get his shot. Shaun Draughn is behind him and then Cyrus Gray.

10. Safety: No, not Eric Berry's position. Kendrick Lewis's spot. He's the man there now but Husain Abdullah is competing as well.

14. RT Eric Fisher: The No. 1 pick. The reality is that, even though he's a rookie, expectations are high. He will get knocked down a peg by the fans if he struggles. No, it's not fair but that's life in the big city.

15. WR Donnie Avery: Where does he fit in the offense? Is he a deep threat?

16. LB Nico Johnson: Running with the second team now, Johnson could be a first teamer before the preseason is over.

17. CB Sean Smith: Your new No. 2 cornerback opposite Brandon Flowers. He's had a good camp.

18. CB Dunta Robinson: How will he be used? That's the big question here.

20. RB Knile Davis: The man behind Jamaal Charles. Can he hang onto the ball? Can he return kicks? We'll find out. 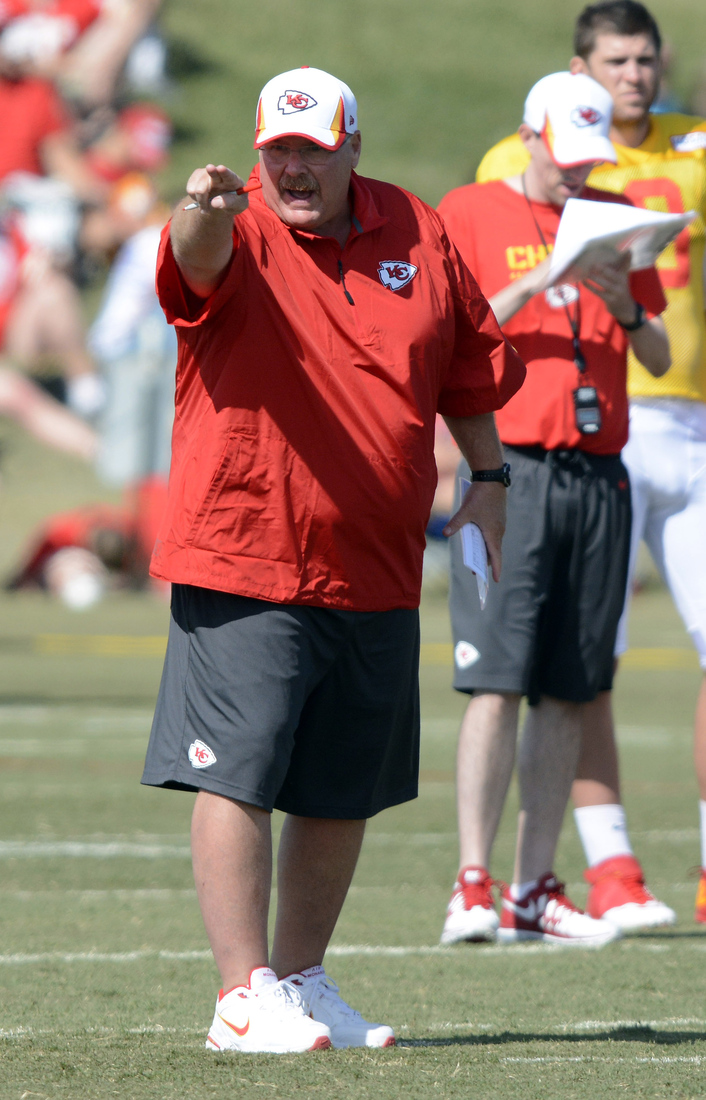 22. Who is Alex Smith's favorite target?

23. How many catches will the running backs have?

24. Can the Chiefs defensive line get pressure on the quarterback?

25. How often will the Chiefs run nickel or dime with more than four defensive backs on the field?

26. Is Dontari Poe going to take the year two leap?

29. Who will make the 53-man roster? My pre-camp predictions here.

30. Will any Chiefs fans be spotted in New Orleans?