Your enemy blog this week is Canal Street Chronicles, SB Nation's Saints blog. The KC Chiefs will play the Saints on Friday night and to prepare for that I talked with Dave Cariello of Canal Street Chronicles. We discuss the best unknown players on the Saints, how much the starters will play and of course a little bit of Chase Daniel. Read on for our Q&A and find all of CSC's coverage here.

1. When I talk about the star of Saints training camp, who am I talking about?

I think you'd have to talk about first round draft pick Kenny Vaccaro. He's been as good as advertised thus far and his physical play has caused a miniature stir at Saints training camp. Which is exactly what the Saints defense needs. This game will be the first opportunity fans get to see Vaccaro in game action so it's definitely going to be interesting.

2. Is there a UDFA or another player who isn't a big name making an impact? 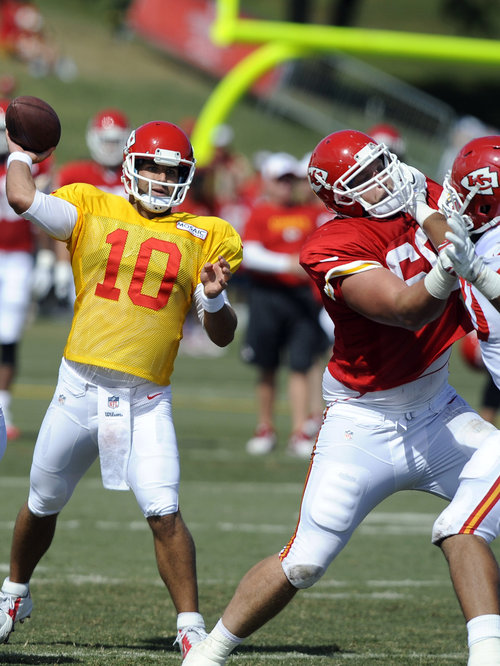 Arrowhead Pride's Joel Thorman answered five questions for Saints fans at Canal Street Chronicles. Click the link above to check it out.

There are a couple, actually. Undrafted free agent linebacker Eric Martin from Nebraska has turned heads in training camp. He's gotten significant reps with the first and second team. On the other side of the ball, wide receivers Andy Tanner and Saalim Hakim have been catching everything thrown their way and making a name for themselves even in the crowded mix at receiver. Keep an eye on those guys later in the game this Friday.

3. We all know about the Saints offense. What kind of defense is this going to be? Boom or bust? Legit?

The last time the Saints brought in a fiery, aggressive new defensive coordinator, they won the Super Bowl. That's all I've got to say about that.

4. How much time do you expect the starters to play? What is Sean Payton's preseason routine?

Payton sticks with the typical pre-season routine that most teams use. I would expect the starters to play the entire first quarter at the most. More than the likely some of the key starters will be pulled even earlier, while some of the other starters might play out the entire quarter.

5. Do you miss Chase Daniel?

No. Not at all. Absolutely nothing against Chase, but there hasn't really been any reason to get too attached to him. Thankfully. I wish him the best and I hope Chase is giving Alex Smith a run for his money up there in Kansas City.