KC Chiefs receiver Junior Hemingway is among five Chiefs players who will not travel to New Orleans for Friday's game against the New Orleans Saints.

The Kansas City Chiefs are on their way to New Orleans but there are five players who will not be making the trip. The Chiefs announced that the following players will not travel to New Orleans and therefore will not play in Friday's game against the Saints: Sanders Commings, Mike Catapano, Tommie Draheim, Junior Hemingway, Donald Stephenson

What we know about these injuries so far: 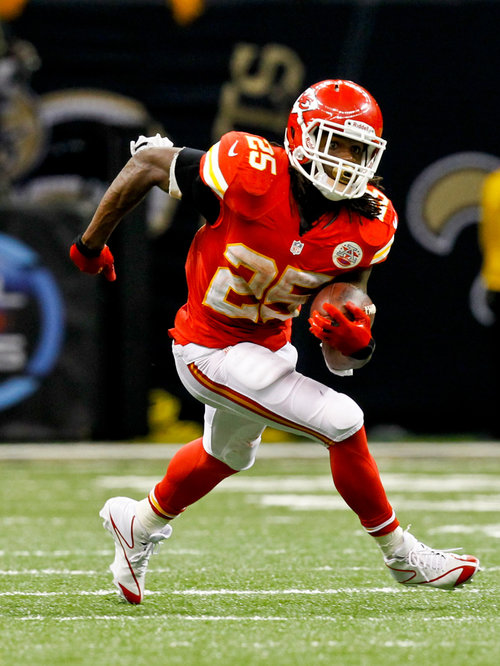 LB Mike Catapano: Strained calf. He has been out for over a week.

C Tommie Draheim: Concussion. Been out for a week.

WR Junior Hemingway: Sprained his thumb this week. He was set to have an MRI but that's all we know. This is a tough one because he's on the roster bubble with a legitimate shot to make it. He needs all the reps he can get.

OT Donald Stephenson: He had finger surgery last week and was not expected to play in this game. Another disappointing injury because Stephenson was having a good camp up until his injury.

That's what we know right now because of the injuries. The other 85 players on the roster are indeed expected to make an appearance in Friday's game.