The Knile Davis breakdown: Is this the No. 2 behind Kansas City Chiefs' Jamaal Charles?

I've been very, very, very down on the choice John Dorsey made with the KC Chiefs 3rd round pick. I suppose I might as well watch a little tape (emphasis on little) and see what the kid's got.

Share All sharing options for: The Knile Davis breakdown: Is this the No. 2 behind Kansas City Chiefs' Jamaal Charles?

Everyone knows I'm the president of the MOAR CYRUS GRAY campaign. I love the kid. I think he's got what it takes to be the complementary RB the Kansas City Chiefs need for Jamaal Charles. Of course, since no one ever listens to me ever, John Dorsey went ahead and drafted Knile Davis at the tail end of the 3rd round.

I was against the pick at the time, and I've been against it since. Mostly because I think it was an unnecessary pick. It doesn't really have anything to do with Davis himself. Of course, the fact that he suffered a bad injury after his (admittedly awesome) 2010 season and hasn't looked the same since doesn't make me crazy about the guy.

Now, the Chiefs first preseason game is coming up Friday, and at that point we'll finally have some actual game tape of Knile Davis playing (kinda-sorta) NFL-level football. But I've never been a patient man. And with no training camp to distract me today, I've decided I need to at least take a look at some film on Davis. The big knock on him, as stated, is that he hasn't been the same runner since getting hurt, playing more hesitant. I've also heard it said that he runs upright, doesn't have particularly good vision, and has tiny carney hands.

Well, I can't speak intelligently to the hands part, but I CAN at least watch a little tape of Davis post-injury to see whether or not I think he's got what it takes to make an impact. I chose the 2012 game against Texas A&M because it's the only "full game" film I can find post-injury of Knile. So it's the only place I can look to see if he's got anything left after getting hurt. For the record, Texas A&M had a respectably-ranked run defense last year at 38. So not terrible, but nothing special. Let's take a look and hope I've been wrong (crosses fingers).

0:03- I can't tell if this is a great play or a bad play. He hesitates, but it seems mostly due to the fact that a DT is about to eat him. Seems like a decent shake move to turn what looked like a bad play into a positive one. However, the pessimist in me is seeing a hesitation before hitting the hole.

0:07- Lowers his head/shoulder to deliver a blow. That's encouraging, considering the fear that he was playing not to get hurt after the injury.

0:20- I feel like Knile takes too long making decisions, negating his speed.

0:45- Speaking of speed... that guy can BURN in the open field. Whoa. That's how you take a quick pass like that and go for 60... I like that he shook off a couple of tacklers as well, even though their "tackles" were garbage. 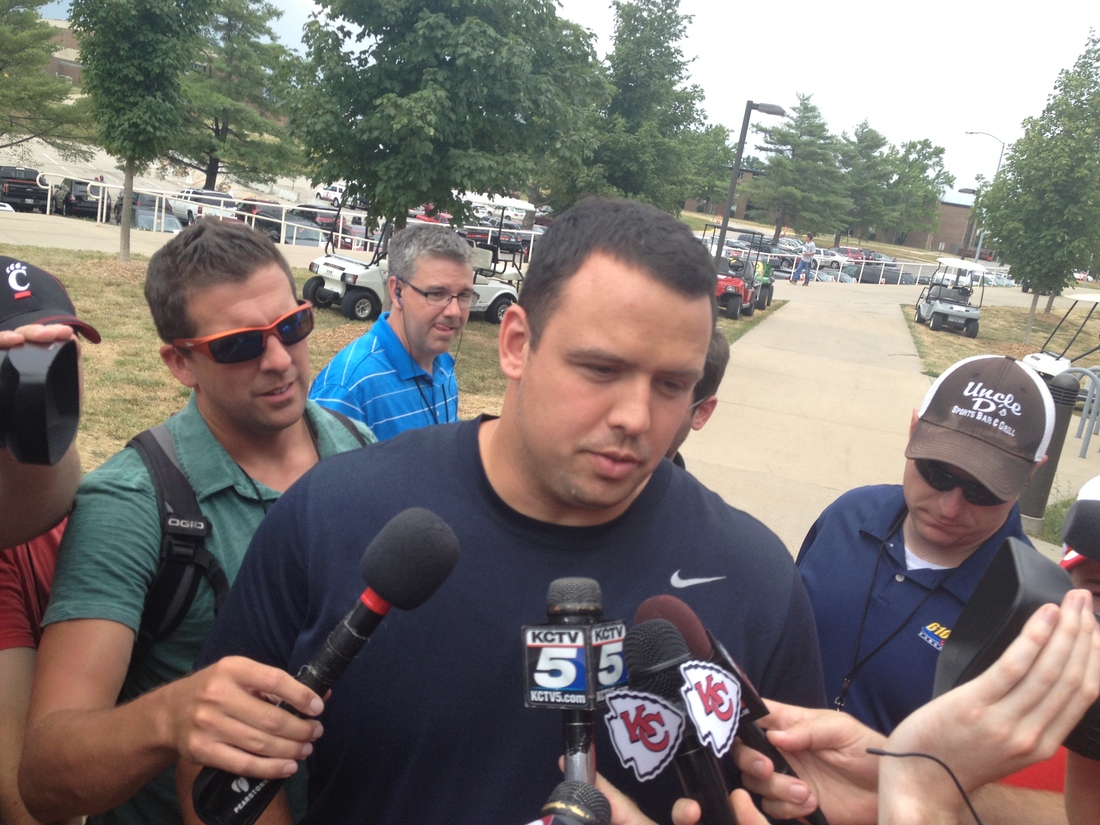 0:53- Well... upon a second review, shaking that second tackle was pretty impressive, as was his footwork there. Also, props to the trainer or ball-boy or whoever who is sprinting behind Knile with a towel and a football. Way to give it your all, big guy!

1:08- Note to all YouTube video creators... People are capable of rewinding the video if they want to see a play twice, or three times. No need to do it for us. Thanks for the effort?

1:27- A much quicker decision here, which I like. His burst is exceptional, and when he doesn't hesitate he hits the hole very fast.

1:53- I just spent the last 10 seconds going from, "Wow, another quick decision and great burst," to "Here are the tiny hands," to "Man, dude's got fast hands, he should box." Do I just call it even?

2:00- Stop dancing, Knile. Move forward. Time spent juking is time where NFL players will catch up to you. Way to dive into the fray, though.

2:11- Re-watch that run. The more times you watch it, the cooler it looks. I'm not sure if I've ever seen a spin move that slow be so effective (I have no idea if that's a compliment or not). Nice job breaking the ankle-tackle. 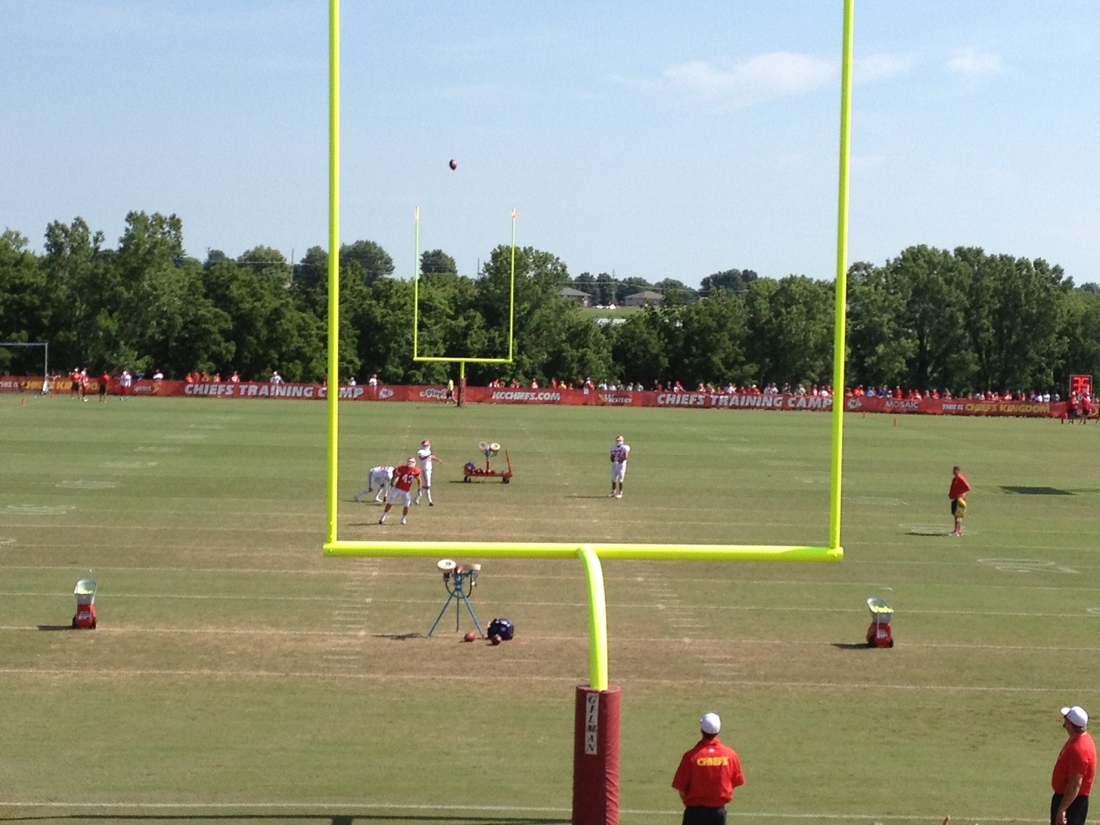 2:21- If you're a Knile homer you're going to want to erase the last five seconds from your memory. Stop dancing, Knile! Sometimes the play isn't there and you need to just lower your head and get the one yard or zero yard gain. Try to do more and you'll go from "meh" play to "vomit" play.

2:40- Well, now I feel like a jerk. Really, really, really nice run. Shows off the speed and cutting ability while shaking multiple tacklers for a big gain. Is it because I made you angry, Knile? Because "Angry Knile" isn't going to be beating out "Angry Travis" in the nickname department anytime soon...

2:45- This is an absolutely brutal shake by Knile. Poor Hurd Jr. It's bad enough when you get shook like that, but it's even worse when your name is perfectly on display because of the way you fell.

3:38- A picture of that run appears on the Wikipedia page for "no chance." True story.

4:00- Good news and bad news. The good news is that Knile looks very natural catching the ball on the move. Perhaps that's what Reid liked about him? Of course, when you hesitate 76 times about where you're going to run once you GET the ball, that's a problem.

4:18- I think Knile relies on that "shake" move a little too much, and it got him airborne that time. When you weigh over 220 pounds there's no excuse for not lowering your head a little on that run.

4:28- Great job spinning out of the initial tackle. Even though the run didn't go anywhere, that's worth noting, given the rep he's acquired (fair or unfair) as to going down with arm tackles. 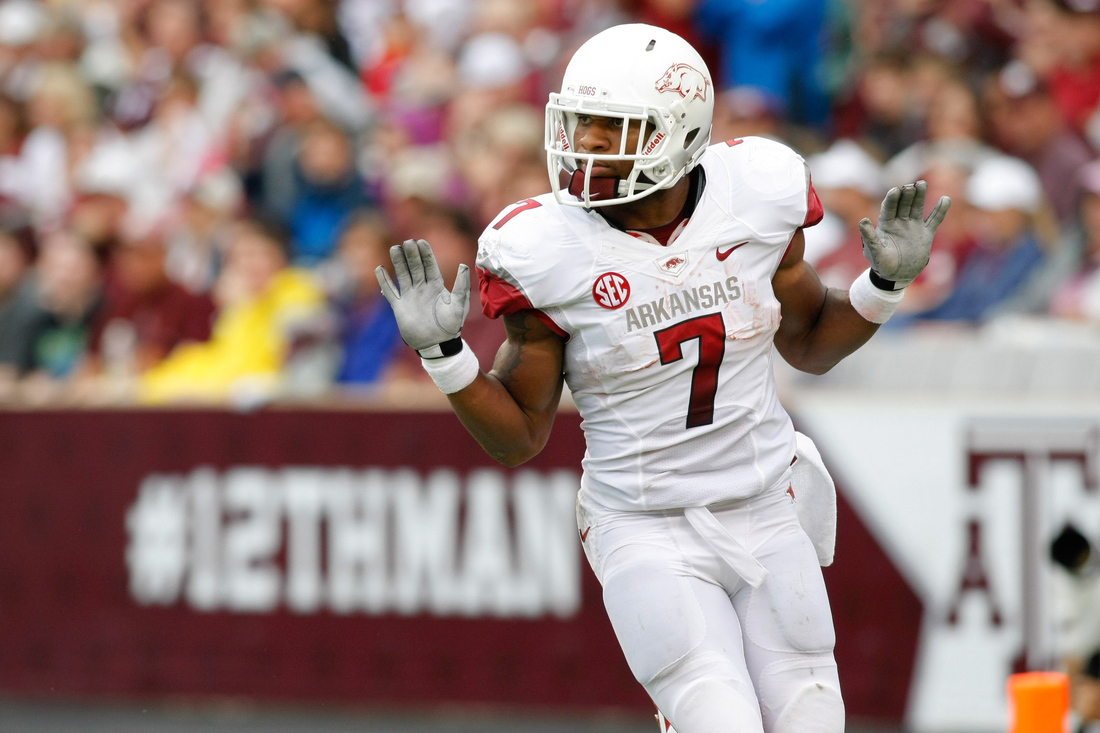 4:45- Yikes. Knile makes a GREAT fake in the backfield to prevent losing yardage... then dances a little too much. And then... TINY HANDS!!!!!!!!!!!!!!!!!!!!!!!! What's interesting upon watching the replay is that for a moment you see him secure the ball with both hands... and then stop. He was clearly looking to try and make something out of this play, but of course got the ball punched out instead. You HAVE to know when to hold 'em and when to fold 'em, Knile. Should've folded there and dove for a yard.

5:20- A throwaway play down a million ends things up. Interesting that his last touch would be in the 3rd quarter.

Well, that was at least interesting. Which Knile Davis are we getting? The guy with ridiculous speed and juking ability that is still willing to lower his shoulder and pop a defender hard enough to send the guy reeling backward a yard? Or the dancer who doesn't make decisions fast enough, relies too much on his cutting, and doesn't know when to take the yard?

Really, as much fun as I made of the hands, it's interesting that those last two fumbles were more a result of him trying to make something happen when it was time to cover and dive instead. That absolutely has to get fixed, or he'll fumble eight imes this year. NFL defenders are too good at taking advantage of that type of thing. Also, he's got to pick a hole and go. No more dancing before hitting the line. He reminded me of Thomas Jones with that.

All that said, when he's got a hole in the defense he's gone.

All that said, when he's got a hole in the defense he's gone. Also, his ability to shake tackles was better than I expected. Clearly, the physical ability is still there post-injury, and more than once (as I noted) he showed himself unafraid of contact. So what was the deal then? He looked a lot more like a guy forcing things trying to make a play than a guy afraid to get injured to me.

My verdict? Meh... I still heart Gray, who I think looks more natural following blockers. But... at least I've seen that "boom" part of this "boom or bust" pick. And that boom is very high indeed. I hope he runs for 275 yards Friday night and makes me look like an idiot for doubting him.