Is Kansas City Chiefs' Jon Baldwin a bust? No, he is not

Jon Baldwin's quarterbacks in the NFL: Matt Cassel, Tyler Palko, Kyle Orton and Brady Quinn. That's one reason he is not a bust right now.

Share All sharing options for: Is Kansas City Chiefs' Jon Baldwin a bust? No, he is not

Jon Baldwin is a bust, right?

Drafted in the first round by the Kansas City Chiefs in 2011, Baldwin was supposed to form a super-tandem with Dwayne Bowe. Instead, the University of Pittsburgh product has been an abject failure, hauling in a combined 41 balls for 579 yards and two touchdowns over two seasons.

The 6'4'', 230-pound man-child has disappointed, giving him the label every first round pick never wants attached to them. To make matters worse, Baldwin has struggled mightily by all accounts during training camp, barely staying on the first team.

Time to release or bench him, right? Nope.

Baldwin might be a bust in many eyes, but not in these hazel puppies of mine. Not yet. Baldwin came into the NFL from a college career that was excellent despite the absence of any quarterback to speak of. Then, Baldwin comes to the Chiefs and has Matt Cassel, Tyler Palko, Kyle Orton for three games, and Brady Quinn. Not exactly top-notch talent.

To make matters worse, Baldwin had to endure the Romeo Crennel error, I mean era, a time when talent, logic and hope was set on fire with 1,000 gallons of gasoline. Now, he has a real head coach in Andy Reid.

Sure, things aren't going well right now during cap. Baldwin has been dropping passes as though he has an allergic reaction to pigskin. Even more worrisome is Baldwin was at one point yelled at by Reid for being tired.

None of these things are positive, but ask yourself this:

You're at a job for two years and horribly mentored. Your boss gets the boot and the company brings in a veteran executive to whip everybody into shape, would you need some time to adjust? Of course you would. 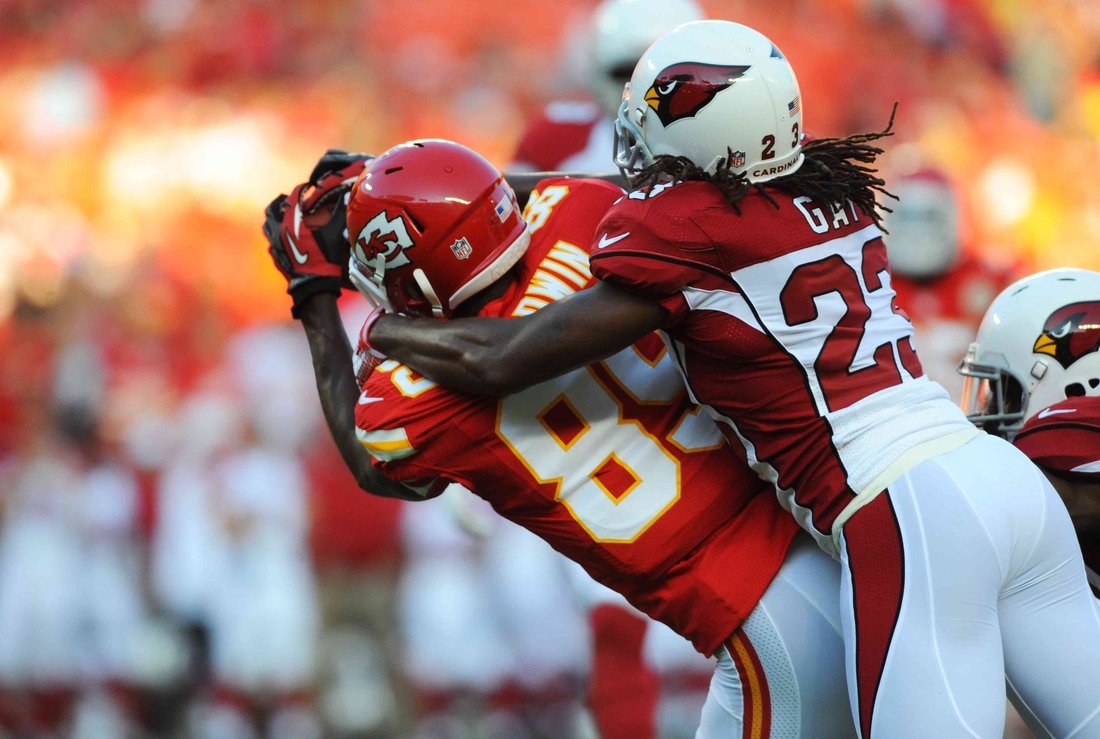 Baldwin is a young kid who probably trained as he always has since being in the NFL. It's not good enough anymore. Adjustments must be made, something not easy to do right away for someone only having limited experience.

I'm not giving up on Jon Baldwin. I don't care if he drops 50 passes in practice tomorrow. He's likely nervous as hell with a new regime coupled by the fact he's been struggling. He will settle down, and when he does the talent will take over.

Nobody has ever doubted the athletic ability of this kid. He's a freak of nature.

For two seasons, he was seldom used in the right positions. Those things are clearly changing under a man who made his bones in this league coaching offense.

Reid knows he needs a second receiver to compliment Bowe, or the double-teams will be on their way by the legions. Baldwin is the man who fits that bill, with Dexter McCluster and Donnie Avery built to stretch the field and create mismatches.

Baldwin only needs the light bulb to go on. Once it does, he can light up the league.