The Football Outsiders Almanac has been released and as part of that release we spoke with one of the guys from Football Outsiders about your 2013 Kansas City Chiefs. Check out the Almanac, which includes a ridiculous amount of detail on what to expect with the 2013 Chiefs, and see a few snippets from our conversation below.

His career high is 45, which he had in 2010. This offense under Andy Reid is expected to get him the ball through the air much more. Charles even told us that he's planning to set a career high in receptions this season.

Andy Benoit from Football Outsiders puts Charles' receptions like this:

I can agree with that, mostly. I'm a homer so perhaps I would push that 55 up to a 60. But that's probably an accurate measure of what we can expect from Charles if he is healthy all 16 games of the season. 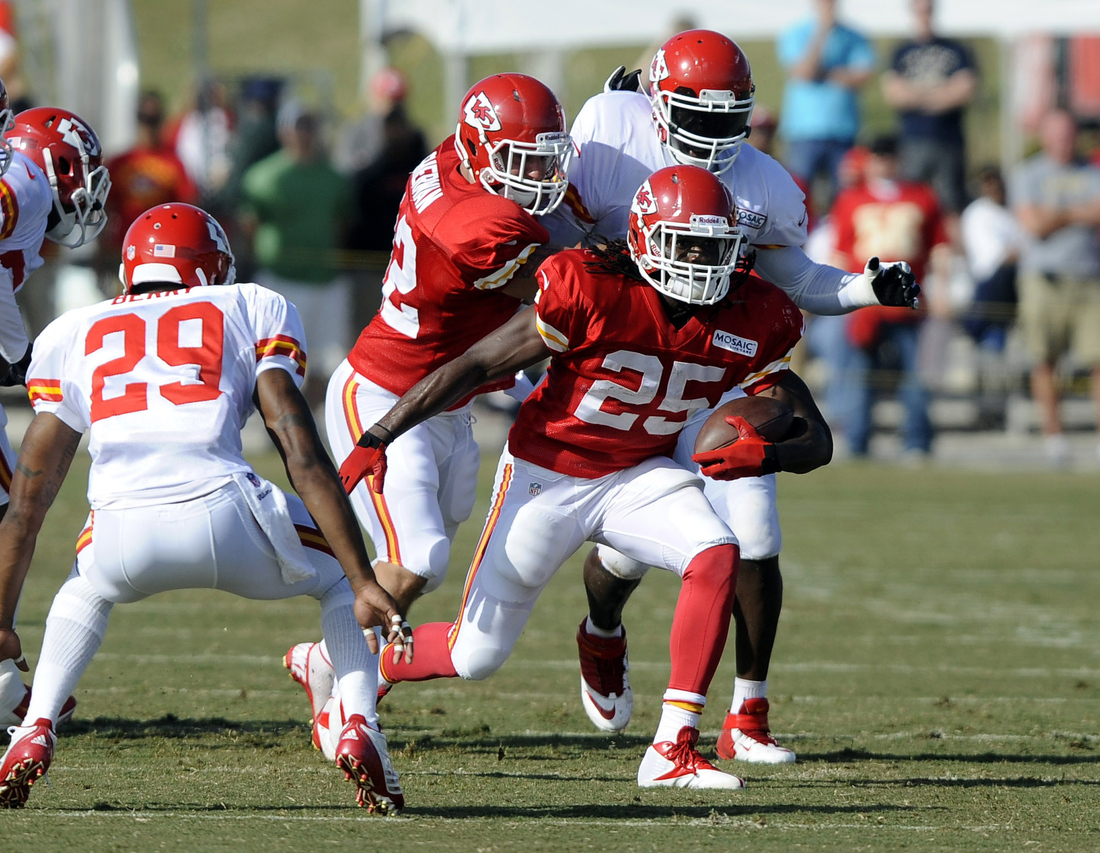 Chiefs o-line: not rock solid anywhere, but no glaring weaknesses

This according to Andy Benoit of Football Outsiders. Is this a fair assessment?

I think the high-end for Kansas City's offensive line is a top 10 unit. Albert plays at or near a Pro Bowl level, the left guard competition is settled, Rodney Hudson finally plays a full season, Jon Asamoah pushes for a Pro Bowl and Eric Fisher plays like the No. 1 pick should.

The low-end is three positions struggling. Branden Albert and Jon Asamoah are fairly known quantities so I'm not that concerned about them. But what if the left guard competition doesn't pan out and no one runs away with that job? What if Rodney Hudson's first year of playing reveals that he's not very good? And what if Eric Fisher sucks? 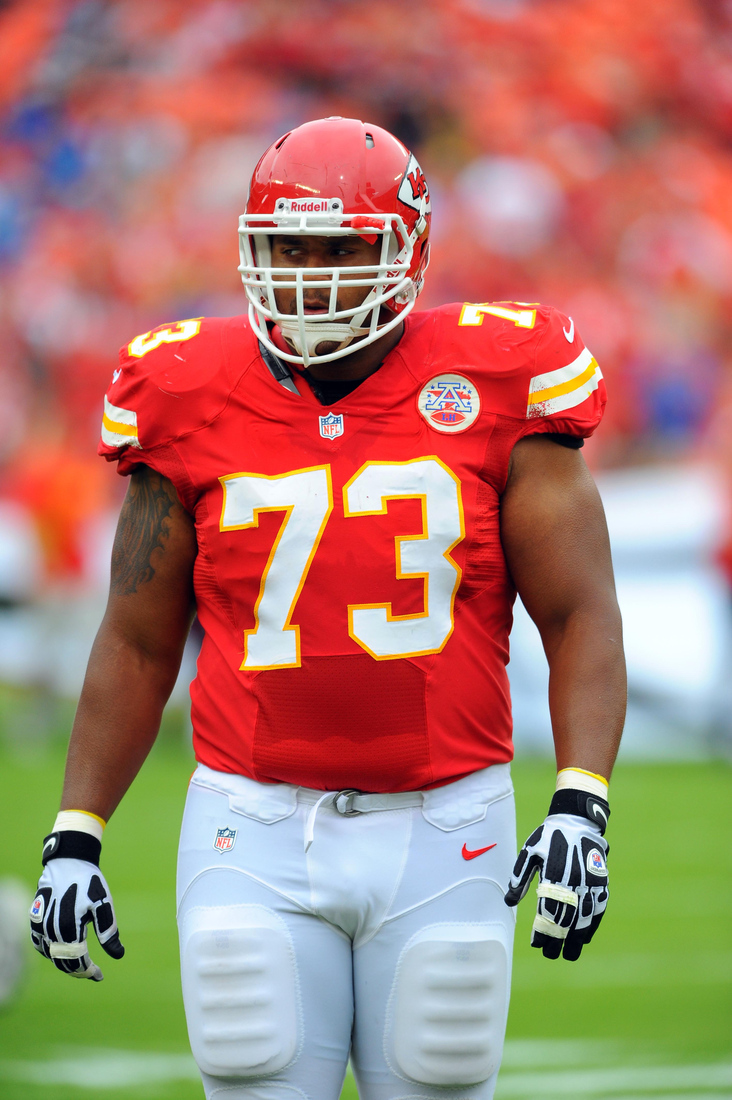 I like to say that what coaches say doesn't matter. What only matters is what they do. So you can remove all the extra talk if you just look at what's happening on the practice field. Who cares what the coach said about a particular player -- where is he getting reps? Because that's what ultimately matters.

So that brings us to Branden Albert.

I realized in our conversation with Football Outsiders that there is still a belief out there that Albert will switch positions -- to guard or tackle, I don't know. I just heard the "switch positions" talk.

Albert has only lined up at left tackle throughout the offseason program and through training camp. He has not taken reps at guard or at right tackle. That doesn't sound like a coach ready to switch Albert's position. There are no plans to play him at guard or tackle. I can not envision Albert lining up anywhere but left tackle this season.

There is a ton of info in the Chiefs section of the Almanac. I'd recommend it if you're a Football Outsiders fan.