The Kansas City Chiefs practiced in cloudy weather with just a little bit of rain on Sunday morning. It was practice No. 9 and day No. 10 for the KC Chiefs, who play their first preseason game next week against the New Orleans Saints. Read on for the day's practice report.

Donald Stephenson was at practice but not participating. He had finger surgery earlier this week. He is expected to miss Friday's preseason game against the New Orleans Saints.

Cyrus Gray also returned. He had missed several days with an injury.

Travis Kelce went down with a groin injury. We don't know if it's significant or not, but he remained at practice watching from the sidelines.

Position battles to keep an eye on 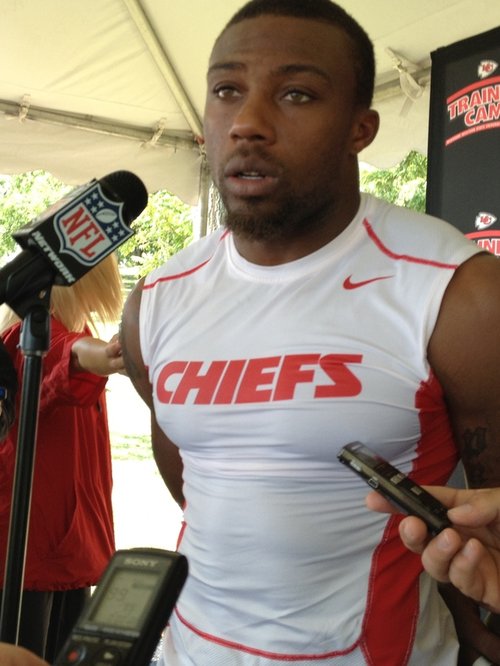 Inside linebacker: This has mostly been Akeem Jordan but Nico Johnson saw some first team reps today. Bob Sutton, Chiefs defensive coordinator, said today that this position was open.

Wide receiver: Jon Baldwin had been lining up opposite Dwayne Bowe as the No. 2 receiver for most of camp. Today Donnie Avery stepped into that role. Hmm. Definitely one to keep an eye on.

Chiefs have all kinds of formations

I can't give away too much but the Chiefs are "exotic" on both offense and defense as far as their formations are concerned.

It's not unusual to see the Chiefs linebackers bunched up together in one spot. Or to see a lot of defensive backs on the field. Offensively you'll see a lot of pre-snap motion. Players lining up in different positions -- from running backs to tight ends to receivers. They may line up in one spot but motion to another.

I think this is part of what guys like Jamaal Charles was talking about when they said they have a lot of things to remember. It's not just a big playbook, but these guys are going to be playing multiple positions.

We saw a lot of different formations not just today but all of camp.

Tyler Bray is showing something

He obviously has the strongest arm of anyone in camp. He's not as consistent as Alex Smith but when he makes a big-time throw you start to imagine what could be.

The arm strength is obvious and it's what makes him exciting as a prospect. But I was impressed with his ability to scale things back and loft a ball into the right place down on the goal line.

Alex Smith and Chase Daniel seem, at the moment, firmly entrenched as the top two quarterbacks. Bray, in my mind, has clearly pulled away from Ricky Stanzi as the third quarterback. It wouldn't stun me if Bray starts pushing Daniel later on in the season, but that's obviously a lofty statement based on nine camp practices.

Again, he has his issues. He makes mistakes. But he's the easiest quarterback in camp to get excited about. 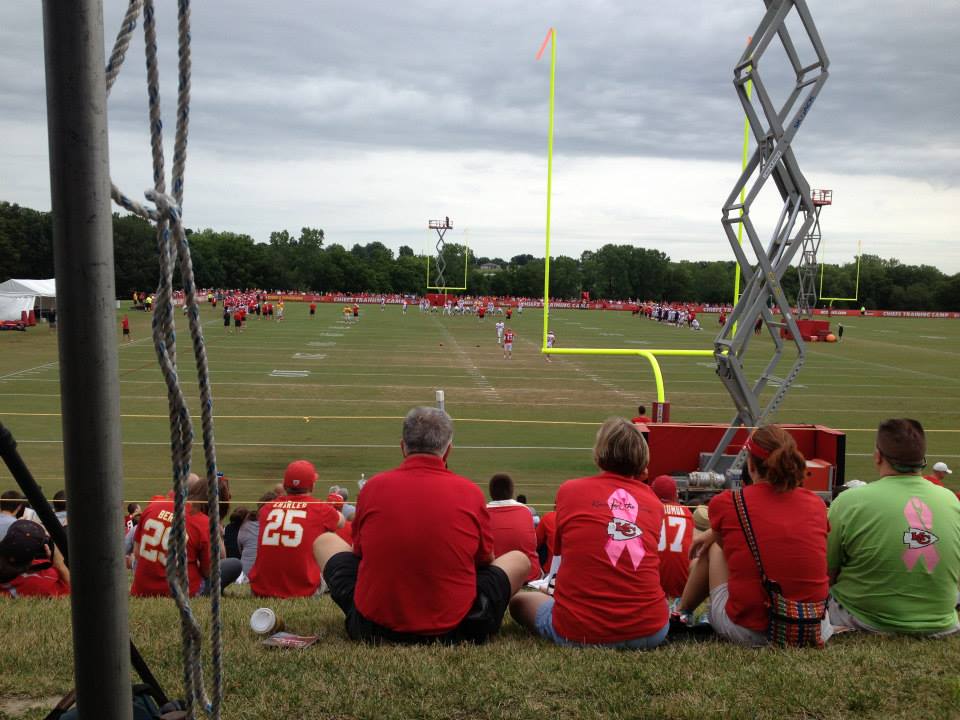 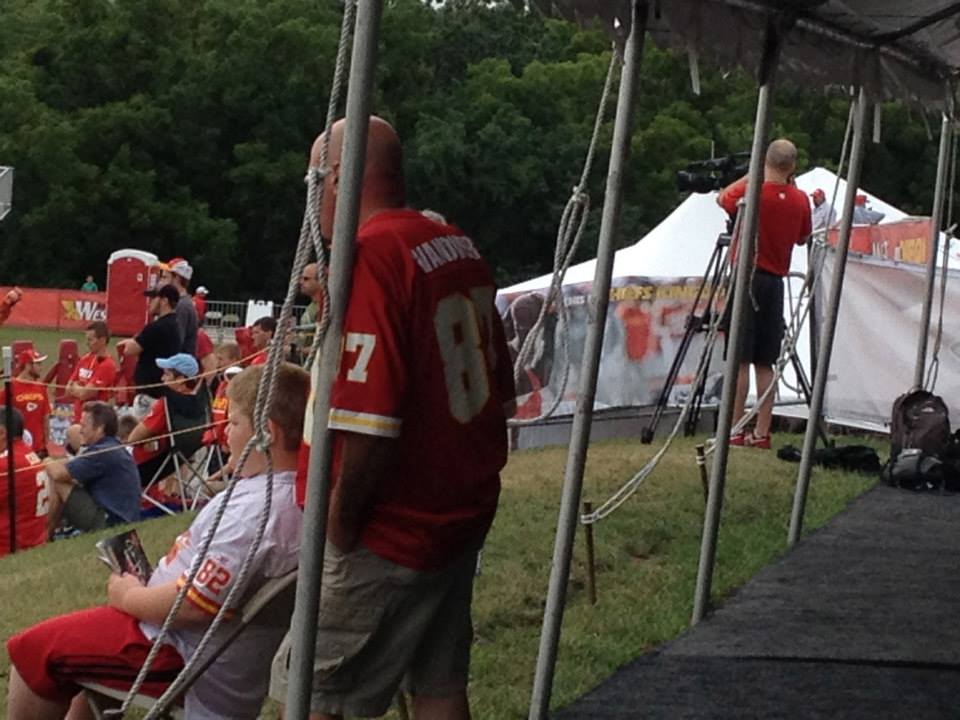 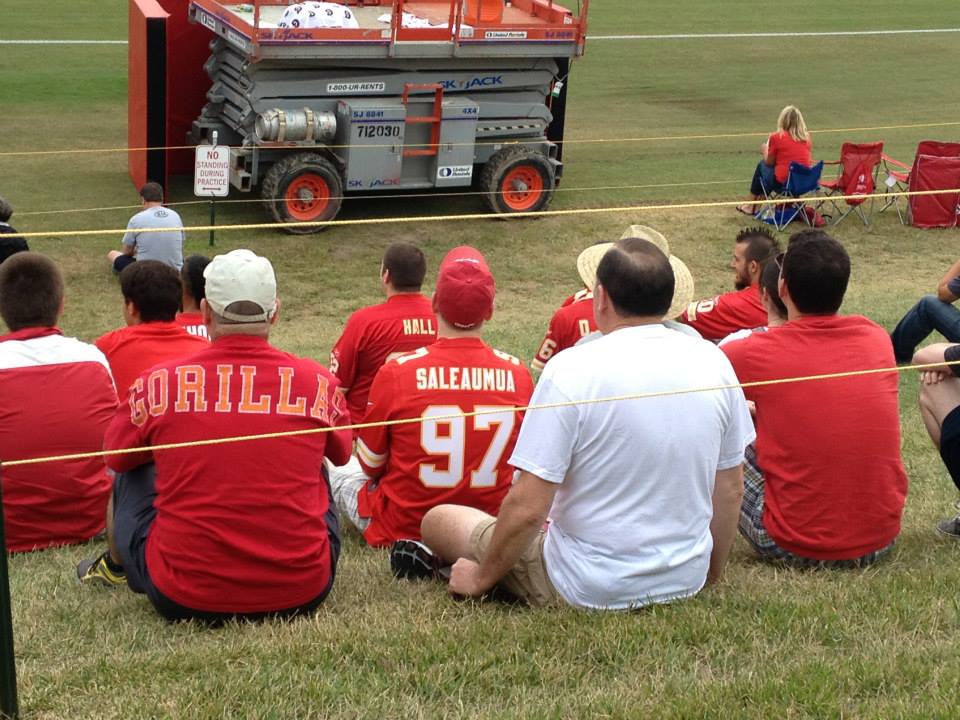 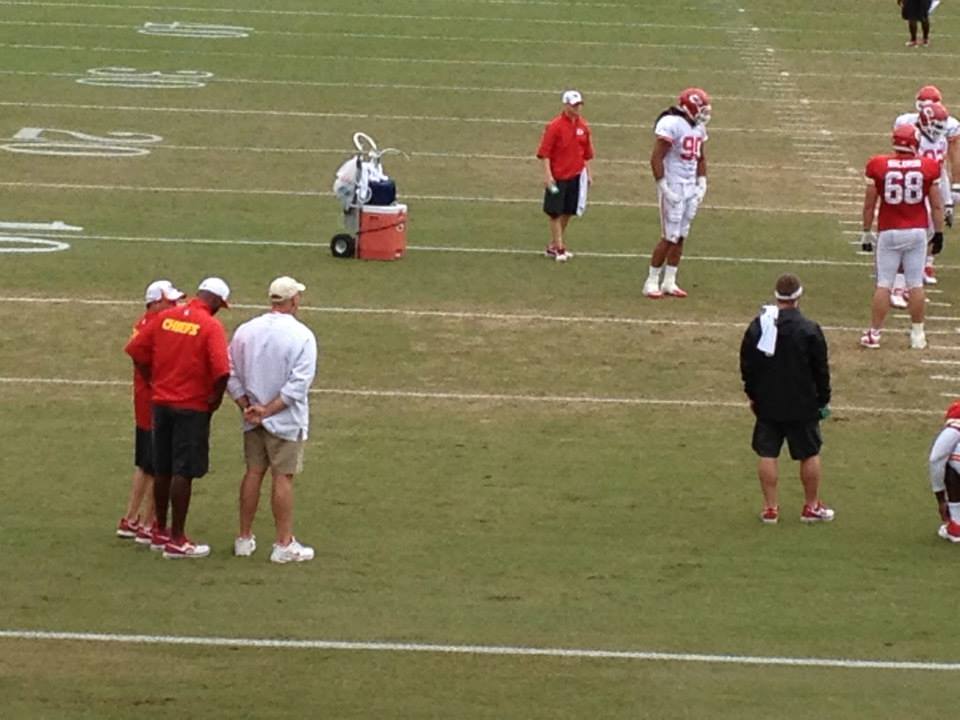