Rokevious Watkins, z 24-year old offensive guard, has agreed to terms with the Kansas City Chiefs, according to his agent.

The KC Chiefs have a new player for training camp. Agent Chad Speck gets his own scoop and reported on Twitter that the Chiefs and Rokevious Watkins have agreed to a deal.

Rokevious Watkins has agreed to terms with the Kansas City Chiefs.

This was last night at 7:42 p.m. (Arrowhead Time). It's unclear if Watkins will be in St. Joe for training camp on Saturday.

Watkins was the 150th pick in the 2012 NFL Draft. Turf Show Times, SB Nation's Rams blog, called his release last week "surprising". They called him a long shot to start this season but someone they hoped could develop. He worked out for Dallas this week. 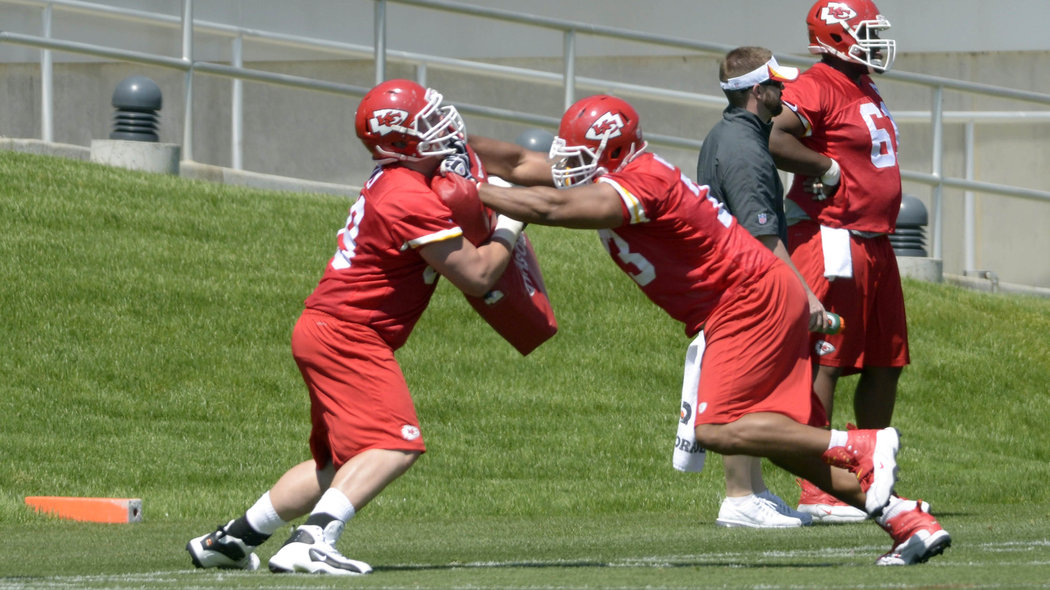 Watkins, who went to South Carolina and played just one game his rookie year before getting hurt, was said to have reported to training camp overweight, which appears to be the main issue here. A 2012 Rams camp report also mentions his weight. His NFL.com profile lists him at 338 pounds.

Talented but many have questioned his weight. I like that he's played in big time football in the SEC. Total boom or bust situation here.

Watkins is reported to have been suspended for the first game of the season.

At the first team guard spots right now are Jeff Allen and Jon Asamoah. Geoff Schwartz has been running with the second team at both tackle and guard. Those appear to be the three contenders at guard, barring injury. Allen was hurt earlier in camp for a couple of days which led Schwartz into the starting job in practice for at least two full practices. Schwartz has also been spending time at right tackle with the second team.

Donald Stephenson, second team left tackle, is having surgery and expected to miss the first preseason game on Friday. With Schwartz potentially moving around to help cover for his absence, Watkins could see playing time this weekend if he's in shape.

I find this interesting, as we get to know Andy Reid. The Chiefs had a second and third round pick at guard before he came. Since then, Andy Reid and Co. have signed guard Geoff Schwartz, showed interest in Ryan Lilja (who since signed with the Broncos) and now signed Rokevious Watkins. Oh, and two years ago Reid drafted Danny Watkins, a guard, in the first round.

I caught myself thinking that the Chiefs are fine at guard, why are they bringing him in? Then I realized that this must be what it feels like to build depth. Huh, who knew?