Packers vs. Chiefs preseason: 5 questions with the enemy

The KC Chiefs host the Green Bay Packers on Thursday night. What should we expect from Green Bay? Our friend Tex from Acme Packing Company is here to let us know with this Q&A.

Share All sharing options for: Packers vs. Chiefs preseason: 5 questions with the enemy

1. What's up with the Packers backup situation? Is it Vince Young?

Yep. With Graham Harrell getting cut over the weekend and B.J. Coleman not taking the big step in year 2 that the team was expecting from him, Young has somehow won himself a backup job. It all boils down to the fact that the coaching staff apparently thinks that Harrell has plateaued. When they signed Young, I was vocal about not liking the signing, but he has all they physical tools that Harrell lacks - against the Seahawks he showed that he can at least keep the team in a game or two with his athleticism alone, which is more than could be said for Harrell at any point in training camp.

2. Which potential Packers cuts should Chiefs fans keep an eye on? You know, the John Dorsey connection and all. 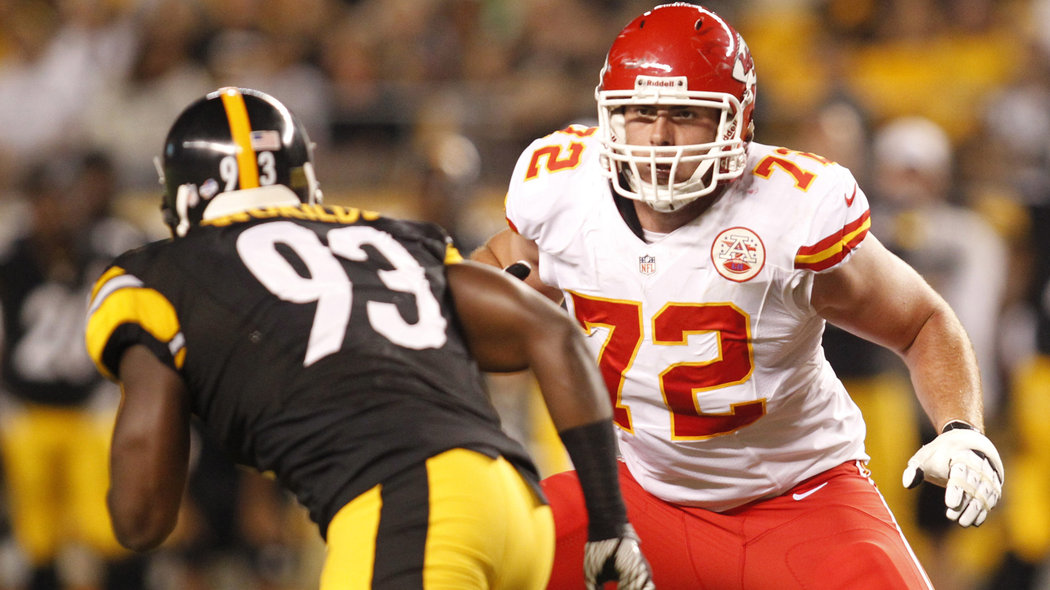 If you're looking for running back depth, the Packers are almost sure to cut either Alex Green or James Starks - there's just no way they can keep five tailbacks on the roster, and the other three (Lacy, Harris, and Franklin) appear to be locks. Tight end is another logjam position, with veterans Andrew Quarless, D.J. Williams, and Ryan Taylor along with younger players like Brandon Bostick and Jake Stoneburner all fighting for one or two spots. Inconsistency has plagued Quarless and Williams, but there's a lot of talent in each waiting to be harnessed.

"If you're looking for running back depth, the Packers are almost sure to cut either Alex Green or James Starks..."

On defense, there will definitely be productive players let go on the front seven. Josh Boyd and Jordan Miller have shown a few splashes of good play, but have been inconsistent. Green Bay also rolls six deep at inside linebacker, but it's tough to imagine them keeping all six, which means that a youngster like Terrell Manning or Sam Barrington might be let go. Also, special teamer and reserve cornerback Jarrett Bush is a favorite whipping boy for Packers fans when he is covering receivers, but he's a veteran who could bring some leadership to a young special teams unit if he's released.

3. What do you remember about John Dorsey? Was he a behind-the-scenes guy?

That's the best description I can come up with for Dorsey about his time in Green Bay. He was probably just as responsible for the Packers' success in the draft as Ted Thompson, as he ran the college scouting department, and certainly found his share of great draft picks in his tenure.

In fact, many Packers fans probably didn't even know who he was until he was hired away by Kansas City, partially because Ted Thompson gets so much of the attention being the General Manager. I'm genuinely happy for any of these guys who get hired as GMs or other executives by other teams (John Schneider and Reggie McKenzie being the others), because that means that A: they're getting a better job and B: it highlights the Packers' successful development of executives and talent evaluators.

4. If you could take one Chief and add him to the Packers, who would it be?

My initial temptation is to pick Jamaal Charles and use him to form a true speed/power running back tandem with Eddie Lacy. However, upon further reflection, with the turbulence at tackle since Chad Cilfton retired, Branden Albert would be my pick.

Branden Albert would be my pick.

Green Bay is prepared to go into Week 1 starting a rookie 4th-round pick in David Bakhtiari at left tackle, filling in for Bryan Bulaga who's down with a torn ACL. Now, by all accounts, Bakhtiari has impressed in training camp, and though he's been a little inconsistent in the preseason games, he's showing promise. That said, getting a proven tackle to protect Aaron Rodgers' blind side would be the way I'd go.

5. Who are the best players on the Packers to watch in the fourth quarter this Thursday?

Packers fans are champing at the bit to see this year's seventh-round wide receivers, Charles Johnson and Kevin Dorsey, since they've missed most of OTAs and training camp with various injuries. Johnson has terrific speed and good size, but these will be his first meaningful snaps all year. Dorsey isn't quite as fast, but offers similar promise, though he missed Monday's practice with an injury. Another guy to keep an eye on will be 5th-rounder Micah Hyde - the rookie corner played more than half of the team's snaps in each preseason game so far, and will likely be getting an extended look again this week. I'm also curious to see how long Vince Young plays. With him still learning the offense, it seems plausible that the coaches will want to give him a very long look. Finally, the third-string inside linebackers, Barrington and Manning, each will be looking to make their final case for a roster spot.