This week, KaloPhoenix loves the blitz, hates the short coverage, and gets surprised by the statistics against the Steelers.

Anybody think Big Ben's still hearing footsteps this week?  In Week 3 of the 2013 NFL preseason against the Pittsburgh Steelers, Kansas City Chiefs defensive coordinator Bob Sutton brought the heat, blitzing numerous times from numerous positions.  This, along with some improved offensive play, netted the Chiefs their first win of the preseason.  Once again, I've watched the game a couple of times and tabulated some statistics outside the norm for the starters.  For information on those stats, reference last week's post. While we're here, you can also check out the Week 1 post here.

Let's get to the good stuff! 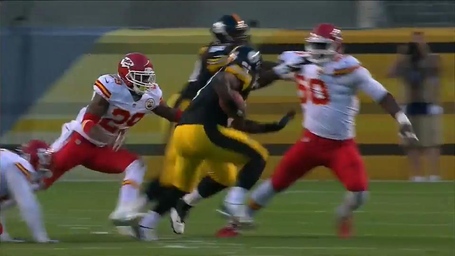 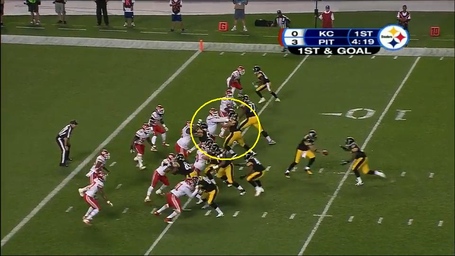 The Steelers offensive line starts to gain some ground again, particularly on the left side of the offense.  The running back sees some daylight on the right side, though...specifically around Tyson Jackson.  Jackson, at this point, has still not allowed the offensive lineman to get a good grasp on him, and continues to keep his eyes in the backfield. 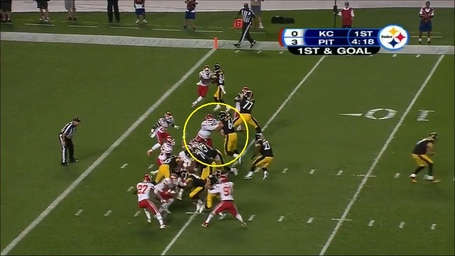 The running back gets to the hole, and TJax throws Decastro aside, making the tackle and preventing a TD.  That's damn fine execution by #94 there. 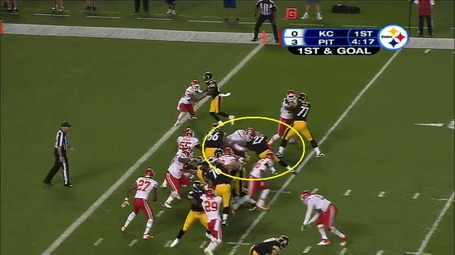 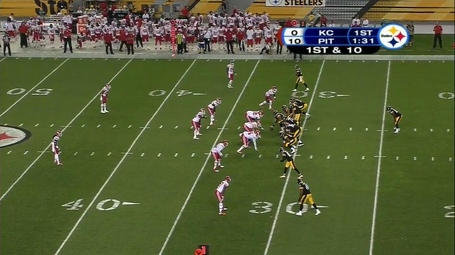 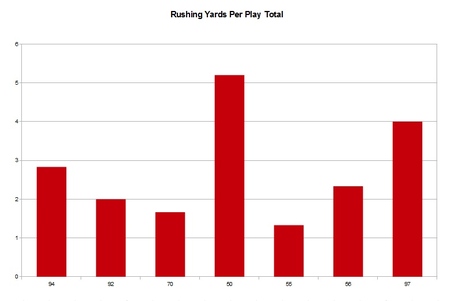 Believe it or not, Arrowhead Pride faithful, Justin Houston was the worst this week!  He was run at 5 times, once for 13 yards (the hold that wasn't called), and a 7 yarder in the dime defense. His YPPT total was an uncharacteristic 5.2 yards. Tyson also felt his number go up, but that too, included the 13 yard run. Akeem Jordan led all this week, followed closely by Devito. Both saw 3 runs their way, and neither allowed the play to go for longer than 3 yards. Good show by those two, and Jordan continues to impress in the run game with a 1.33 YPPT for the week. 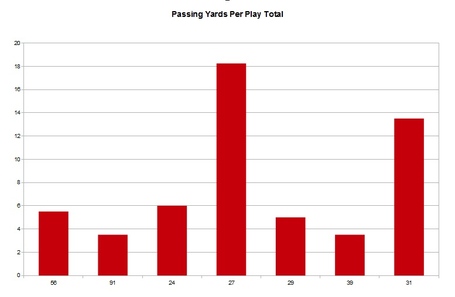 Sean Smith is feeling a little crispy this week. He was targeted four times for 73 yards, a total of 18.25 YPPT. The bulk of that came on the early 49-yard toss, but he also gave up a too-easy 24 yard play later in the game. Surprising:  Tamba was thrown at twice, for a YPPT of 3.5 yard. That tied Abdullah for the best performance of the week.  Berry continued to be strong, with 5 YPPT over two targets.

Tamba had 3 quarterback pressures.  Houston and Jackson each had one.

Mike Devito recorded the only tackle for loss.

DJ, Flowers, and Smith each recorded a pass break up.

The Chiefs brought the heat last Saturday.  In a "vanilla" preseason game, Bob Sutton dialed up blitzes on 28.13% of the first team snaps.  Couple that with players lining up all over the place, and you've got a bit of a nightmare for the offense's protection scheme.  There's still plenty of work to be done in coverage, it seems.  The secondary got beat deep a couple of times, and the short dump-off passes to the running back in the flats shouldn't result in 10-15 yard gains.

In a "vanilla" preseason game, Bob Sutton dialed up blitzes on 28.13% of the first team snaps.

Some players flashed well, which is about all you can take from these preseason games. Tyson Jackson looks like he's in mid-season form, shedding blocks well and making stops. Allen Bailey looked the part in his time on the field, but I'm always wary of his run defense. I need to see more with the first team before I'd have a change of heart there. Derrick Johnson looked himself on the field, shooting gaps more aggressively, and playing pretty well in coverage. Tamba also looked good, repeatedly abusing the Steelers' left tackle. Of course, Jordan was the surprise of the day.