KC Chiefs RT Eric Fisher had a rough go of it last week. His performance this week improved.

The year of Eric Fisher seems to have taken a turn in the positive direction. Last week at this time, Fisher, the KC Chiefs No. 1 overall pick, was being picked on a little bit because of his struggles in the Chiefs second preseason game against the San Francisco 49ers.

Questioning someone's mental toughness is a tricky business for any team. But with that mental toughness talk, take a look at what Andy Reid said today when asked about Fisher's performance on Saturday in Pittsburgh.

He played "very well" on Saturday in Pittsburgh, according to Reid.

Three preseason games is way too early for any conclusions, especially when a player isn't healthy. (Thumbs seem pretttty important, no?)

What really matters here is that we can confirm he is healthy enough to pick up the 225-pound Junior Hemingway after he scores a TD. 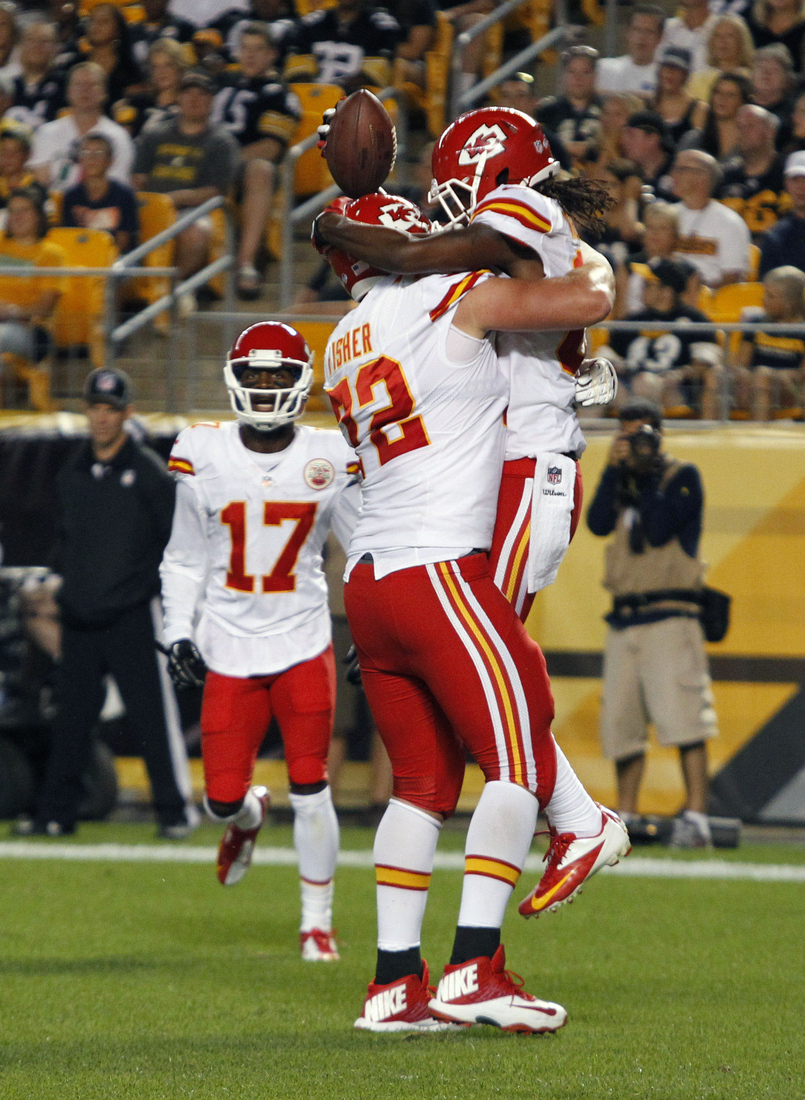