Bad news one again for Tony Moeaki, who has a shoulder fracture. It's not clear how long he will be out. More reading: Chiefs 53-man roster prediction | Chiefs roster cuts | Chiefs depth chart

The Kansas City Chiefs tight end injured his shoulder in Saturday's game against the Pittsburgh Steelers, and Andy Reid tells the media on Monday that it is a shoulder fracture.

Andy Reid told us Tony Moeaki fractured his shoulder. Out an undisclosed amount of time. #Chiefs

#Chiefs tight end Tony Moeaki has a fractured shoulder. Being seen by docs but status uncertain.

"Well, he has had a couple of injuries," Reid said, "but in a lot of cases with different players, sometimes you can change that around in your career. Hopefully this is his last one, and he'll be able to keep going."

Not any details beyond that. It's unclear exactly when this injury happened in the game. The Chiefs radio broadcast team mentioned the injury but the TV broadcast did not.

It's also not clear how this will affect him. Will he miss time? Will he make the roster? We'll have to wait and see on that, but it's concerning given Moeaki's injury history. He missed all of the 2011 season with an ACL tear and also had injury issues in college. He was out the entire offseason leading up to training camp after a knee procedure in the spring. 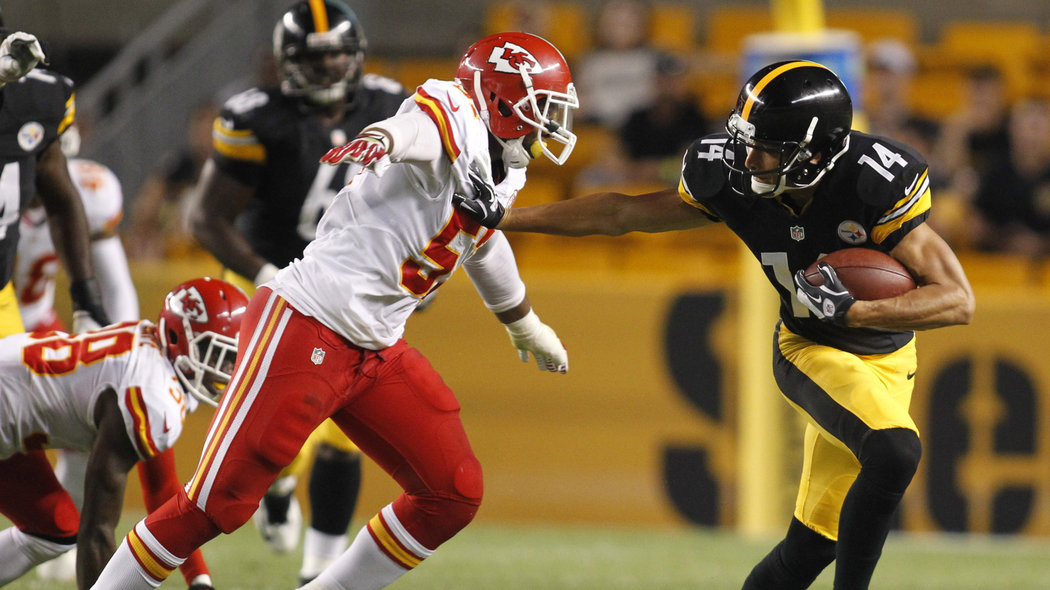 Here is a site with some information on shoulder fractures. Earlier this summer it was revealed that running back Michael Bush played most of the season with a fractured bone in his shoulder.

Moeaki has been the Chiefs third string throughout the preseason, sitting behind Anthony Fasano (1) and Travis Kelce (2) on the Chiefs depth chart. With Kelce recovering from a knee bruise, and Moeaki's shoulder injury, the Chiefs once deep group of tight ends don't look so deep anymore.

The Chiefs are currently at 76 players on the roster. They need to be down to 75 players by Tuesday afternoon. Placing someone on IR would be one way to clear a roster spot -- but we don't know if this is an IR situation or not for Moeaki. The Chiefs will then cut their roster down to 53 players by Saturday, August 31.

More updates on Moeaki when we have them.