More follow-up to the Jon Baldwin- AJ Jenkins trade. Both GM John Dorsey and head coach Andy Reid give us the football reasons behind making the trade.

Share All sharing options for: AJ Jenkins and his speed is a better fit for the Chiefs offense than Jon Baldwin

Why did the Chiefs trade Jon Baldwin to the San Francisco 49ers for AJ Jenkins?

GM John Dorsey and head coach Andy Reid have been making the media rounds over the past couple of days and the Baldwin-Jenkins trade has come up. Both of those guys said that Jenkins fits the Chiefs offense better than Baldwin, specifically pointing to speed. 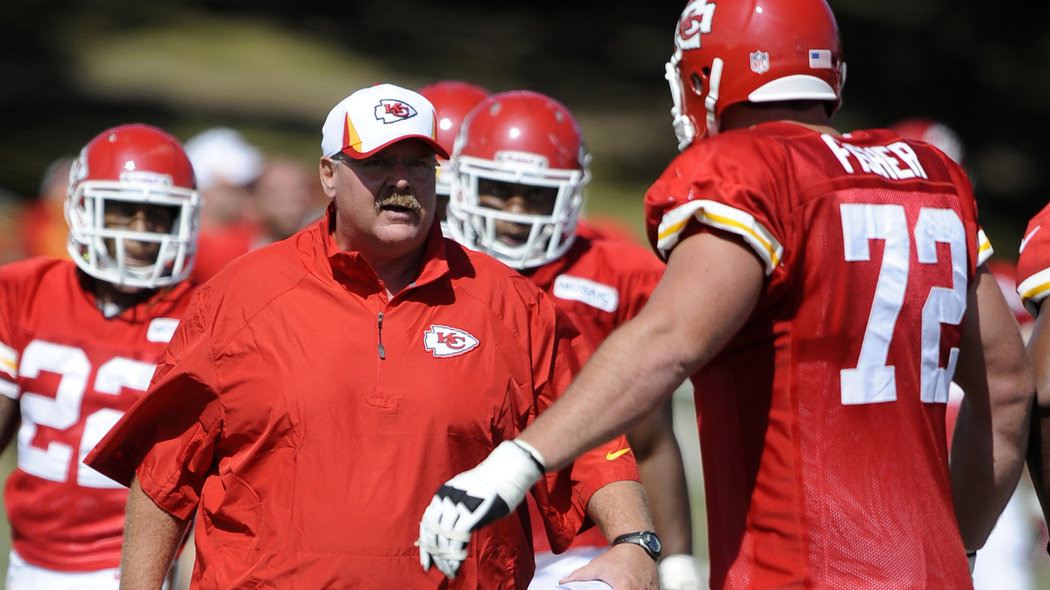 John Dorsey to 810 WHB: "[Baldwin's] physical structure didn't really fit the offense that we have here. Then there was a chance to acquire AJ Jenkins who actually did fit that component of what we were looking for from the receiver position."

John Dorsey to NFL.com: Baldwin is more of a "post-up" receiver, as Dorsey said, while Jenkins is a speed-and-quickness player. ... "I think A.J.'s skill set fits this offense a little bit better," Dorsey said.

Andy Reid to ESPN: "We picked up AJ who has a little speed. We needed a little bit of speed here."

We knew Andy Reid valued speed. Look at the receivers he's had in Philly. I'm just interested to see how he adapts his offense based on the key tools in Kansas City -- the quarterback, running back, mostly -- because they are different from what he had in Philly.