Former NFL great Andre Reed is in Kansas City participating as a coach in the Chiefs training camp. What's a Buffalo Bill doing in Kansas City?

Andre Reed is a Chief now.

Through the Bill Walsh minority coaching fellowship program, one of the greatest Buffalo Bills of all time is now on the Chiefs side working under Andy Reid's staff during training camp. We caught up with him earlier this week at Chiefs camp in St. Joe and he said that he is with the Chiefs through training camp, although he seemed to indicate he hoped it could turn into something more down the road.

"I think Andy talked with my guys and really wanted me to be here to help out some of these younger players," Reed told us on Thursday. "That's really what I bring here." 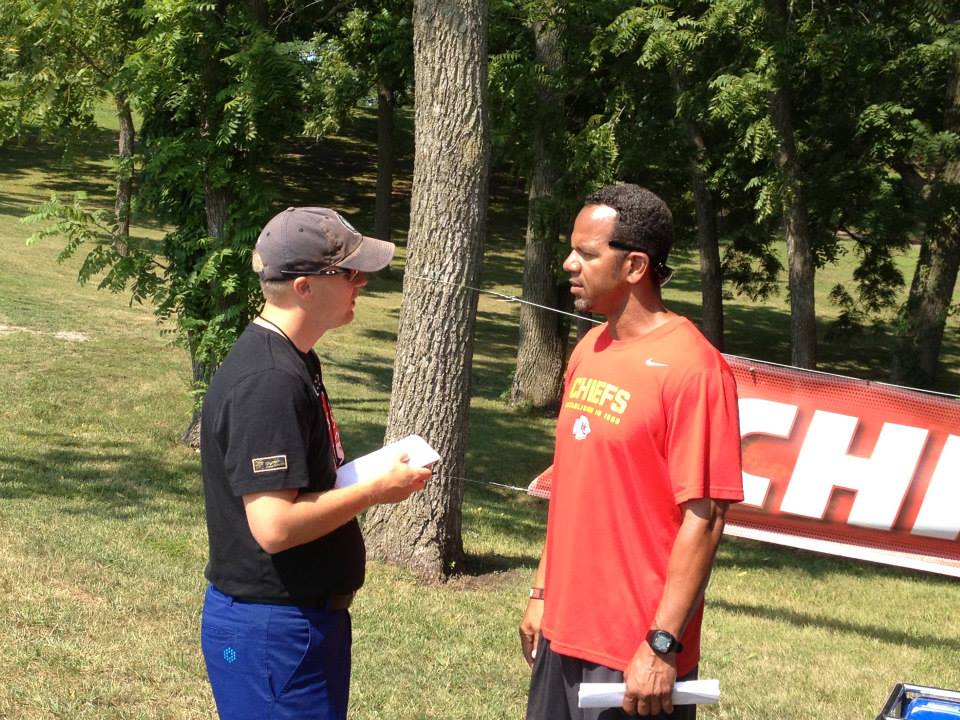 That includes Dwayne Bowe and Jon Baldwin, he said. Reed said he wants to focus in on the mental aspect of the game, doing the small things right. He is already getting questions about how to handle a cornerback playing a certain way and things like that on the field.

"Football is football," Reed said, "90 percent of it is all mental. The physical part is only about 10 percent because everyone out here can run to a point."

"It's the small things that make a difference," Reed said later. 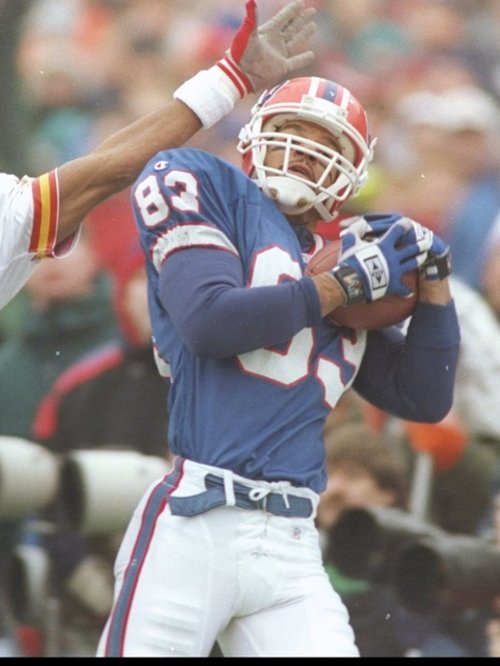 Reed played on some of the great Buffalo Bills teams in the 1990s and even though they didn't win a Super Bowl they won a LOT of games.

"I played with some of the best who have ever played the game," Reed said. "When we played at Buffalo, we were all in tune to what was happening, every detail."

Those teams were so great, and Andre Reed in particular was so great, that it prompted Andy Reid to tell us that Reed should be in the Hall of Fame already before he was even asked it.

"I never had control over [the Hall of Fame]," Reed said. "I don't. Of course not. I've been close, I'm pretty close right now and as close as I've ever been. If I really worried about that and was on my mind every day, I'd drive myself crazy. I'm doing something I want to do. When that happens, it happens on somebody else's time, that's fine.

"For Andy to say that about me, that's pretty special."

The next step is whether there's a spot for Reed on Reid's staff after camp ends.