KC Chiefs safety Eric Berry is playing all over the place in Bob Sutton's new defensive scheme in Kansas City. Check out one sequence of plays that had Berry looking dominant.

Share All sharing options for: Kansas City Chiefs' Eric Berry shut down one 49ers drive on his own

We'll wait for AP defensive guru KaloPhoenix to give us his full defensive breakdown later but after re-watching the 49ers-Chiefs game today I can't help but point out a neat pair of plays from Eric Berry in Friday's game. They both include Berry making a key stop and they came on back-to-back plays, including a third down.

The 49ers are driving and hope to pick up a first down which would officially put them in field goal range. They line up with two receivers and a tight end split out. Eric Berry is covering the tight end, No. 88 Garrett Celek, who initially lines up out wide. Celek goes in motion before the snap, followed by Berry across the line of scrimmage.

Celek runs a simple route to the left but Berry is with him every step of the way. The result is this outstanding tackle by Eric Berry. 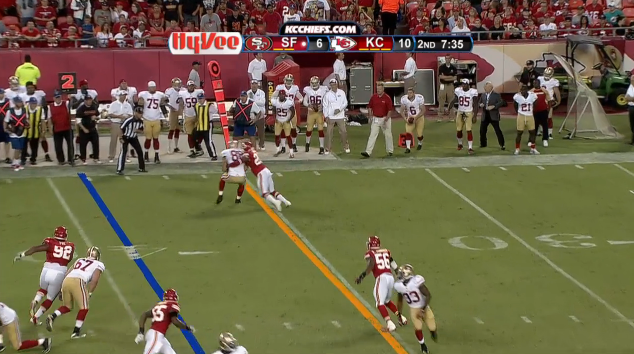 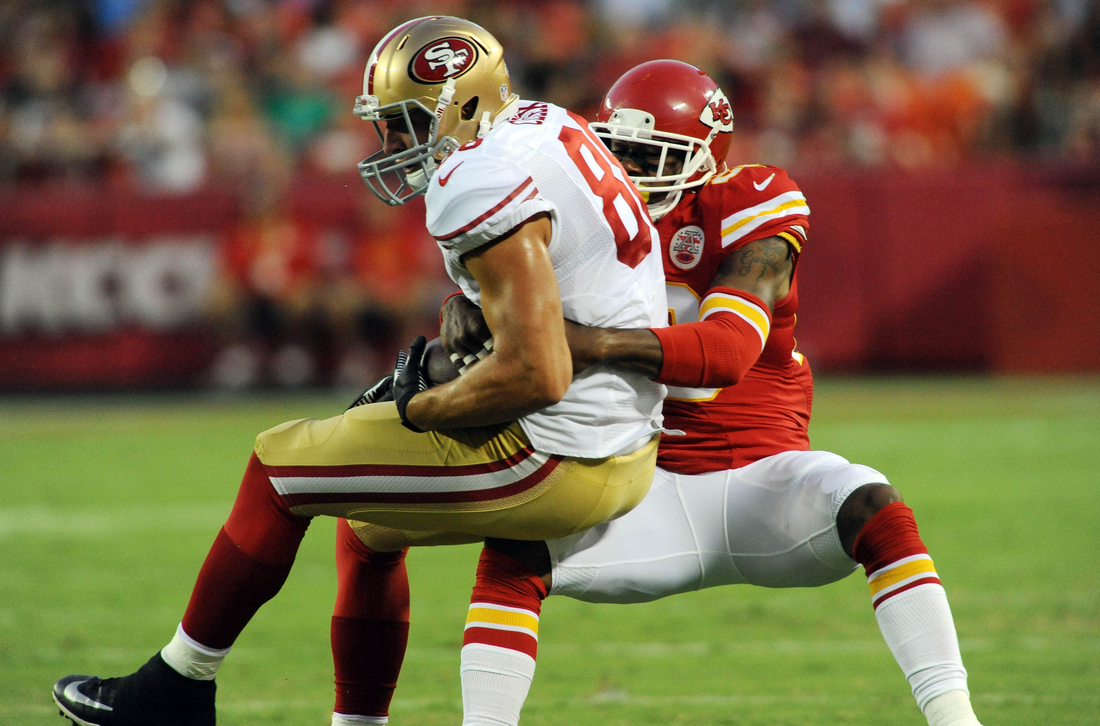 Exactly where he needed to be to stop him short. Berry even took the perfect angle so that he could drive him away from the first down marker.

Not only was it a great tackle but it also brought up third down. A very important third down at this point in the game (well, if preseason games mattered).

It's a three-yard gain for Celek.

This blur is Eric Berry. So fast my Mac can't catch him. 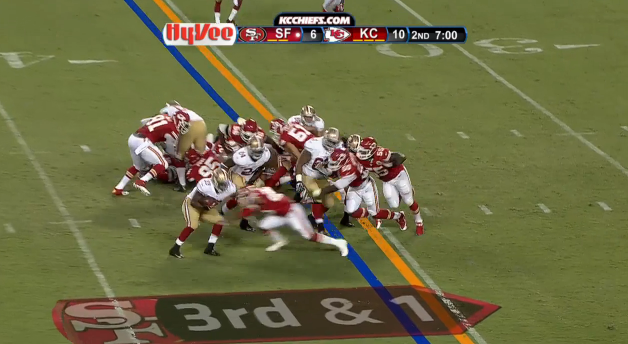 Why do you play Berry on the line of scrimmage? 3rd-and-1, stuffed him. That's probably why. 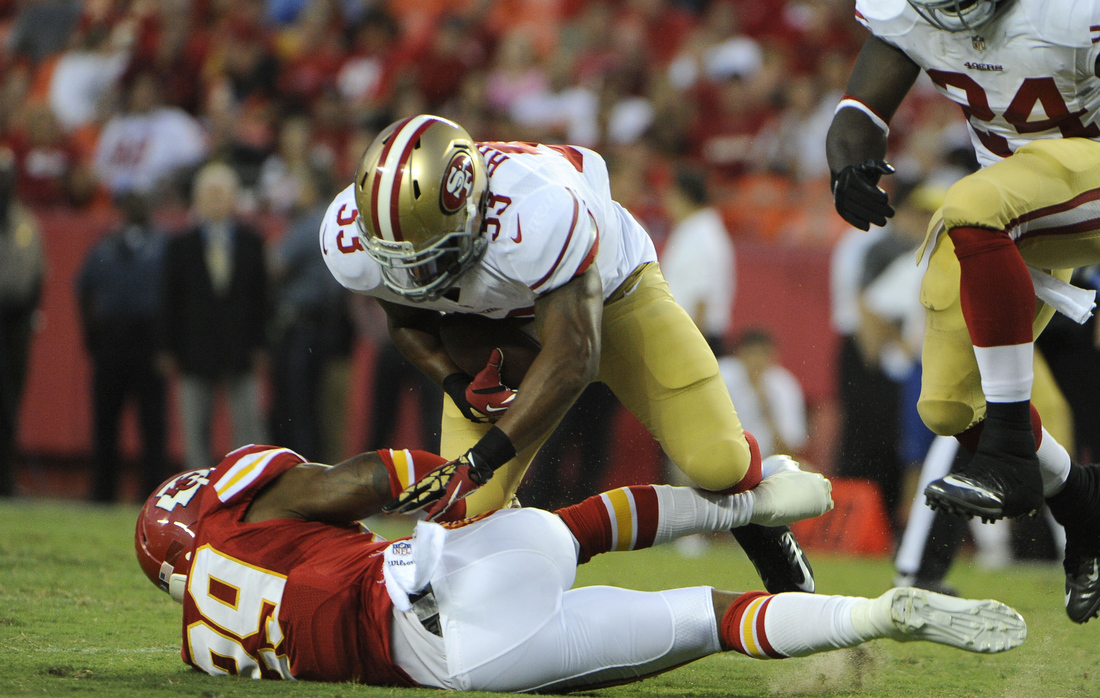 "And that's why you use him in so many different ways," Trent Green said of Eric Berry on the broadcast.

On the next play, the 49ers went for it on fourth down. Dunta Robinson had a terrific diving pass break-up, which actually ended up spraining his shoulder.