Share All sharing options for: Andy Reid tried to trade for Alex Smith 'multiple times' in the past

Just a heads up: You may want to pick up a copy of the New York Times tomorrow and open up to the sports page. Your KC Chiefs will be featured.

Nate Taylor of the New York Times writes this piece, which includes some very interesting tidbits. You need to read the entire thing but here's what jumped out at me: 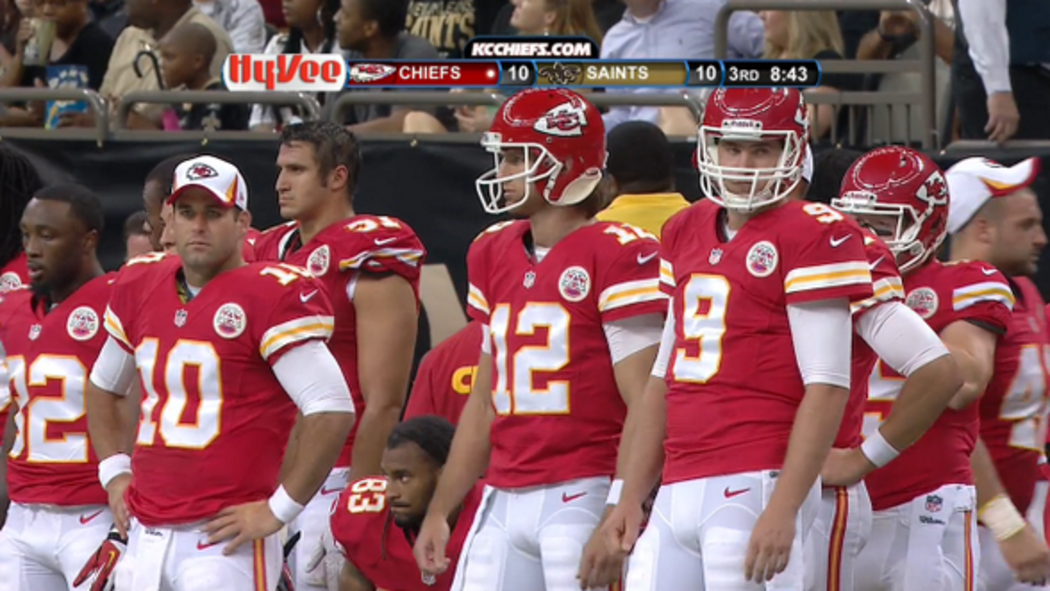 1. Reid confirmed that he called the 49ers "multiple times" to try and trade for Alex Smith. We had heard this before, first from Trent Dilfer who labeled it a "courtship" at one point earlier, but this is the first time (as far as I know) that Reid has acknowledged it.

Just today I was talking with another media member about the game and I made note that I don't think enough people realize that Reid has wanted Smith for a while now, like he's been envisioning what he could do.

This little nugget of information makes me feel good about Reid's vision.

Also interesting: Is this why the price on Alex Smith was so high? A second round pick in 2013 and another high conditional pick in 2014. Because the 49ers knew that Reid had wanted him in the past? That sure would explain it.

2. Great quote from Alex Smith: "We'd love to stick it to everybody who thought we couldn't do it, he and I included," Alex Smith isn't the type of say anything controversial but he also doesn't give your stock answers. He puts some thought into it, which is why I like listening to him talk.

3. Reid goes over every play of every practice with the offense. He did not do that last year in Philly. That's part of this theme that Reid is back to coaching this year, and not worrying about the front office stuff.

Someone pick up a copy of the paper tomorrow and post a picture of it for us.