KC Chiefs head coach Andy Reid confirmed what we all thought. The first team offense will play a little more next weekend in the second preseason game against the San Francisco 49ers.

Kansas City Chiefs head coach Andy Reid spoke with the media on Saturday afternoon and there were a few important takeaways regarding next week's game against the San Francisco 49ers, the Chiefs second of four preseason games.

The first is that the quarterback rotation will remain the same next week in the Chiefs first preseason game at Arrowhead. That means this: 1.) Alex Smith 2.) Chase Daniel 3.) Tyler Bray 4.) Ricky Stanzi

The second is that while the rotation is the same, the share of playing time will not be. The starters will see more time in the second game, Reid confirmed.

More from Andy Reid after the game 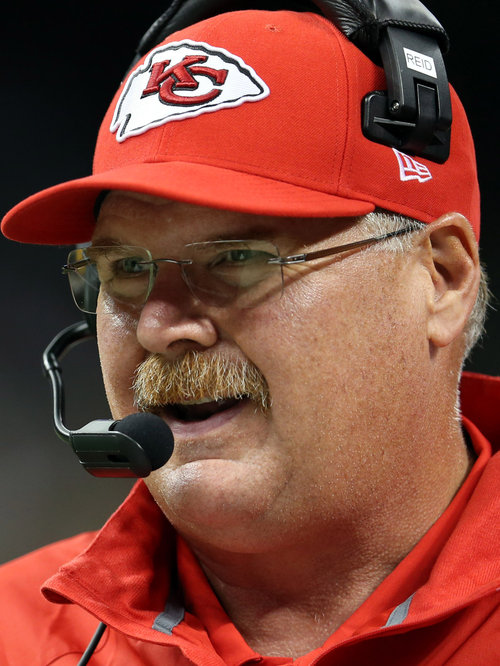 Since the Chiefs first team offense played just one series, it would be accurate to say that they will get at least two series' next week. Unless Alex Smith pulls off something crazy like a 14-play drive that eats up a lot of clock.

I asked Reid if there was a sense of relief that the first team offense came out and played well. He said no, not really, and then just continued talking, all the way into next week's game.

"You expect certain things as a coach and so you expect positive things to happen knowing that in games you're going to have the highs and lows where not everything goes perfect. But it's how do you rebound form those. It wasn't so much that I went 'Oh man, that was great!', I kind of expected it and they did their thing."

Reid also admitted that it was "vanilla" on both sides, for both the Chiefs and Saints. "... but for whatever was presented they handled it the right way. That's a positive for us to build on." As I said before, we didn't see as much pre-snap movement in the game as we have in camp.