Is this the most obscure KC Chiefs jersey ever?

If you have a more obscure jersey than this one, respond in the comments.

Share All sharing options for: Is this the most obscure KC Chiefs jersey ever?

When I go to KC Chiefs games I like to spend my time looking for the most obscure jerseys out there. 610 Sports' Bob Fescoe and Josh Klingler are fans of the same game. You'll find the occasional Percy Snow or the very rare Greg Hill. .

But I have never seen this jersey: Brett Perriman, No. 85.

Does THAT warrant a jersey? I would say not....

So how does this come about?

For a short time, I wondered if that WAS Brett Perriman. After looking at some pictures, I see one distinct difference between Perriman and the guy in the picture... 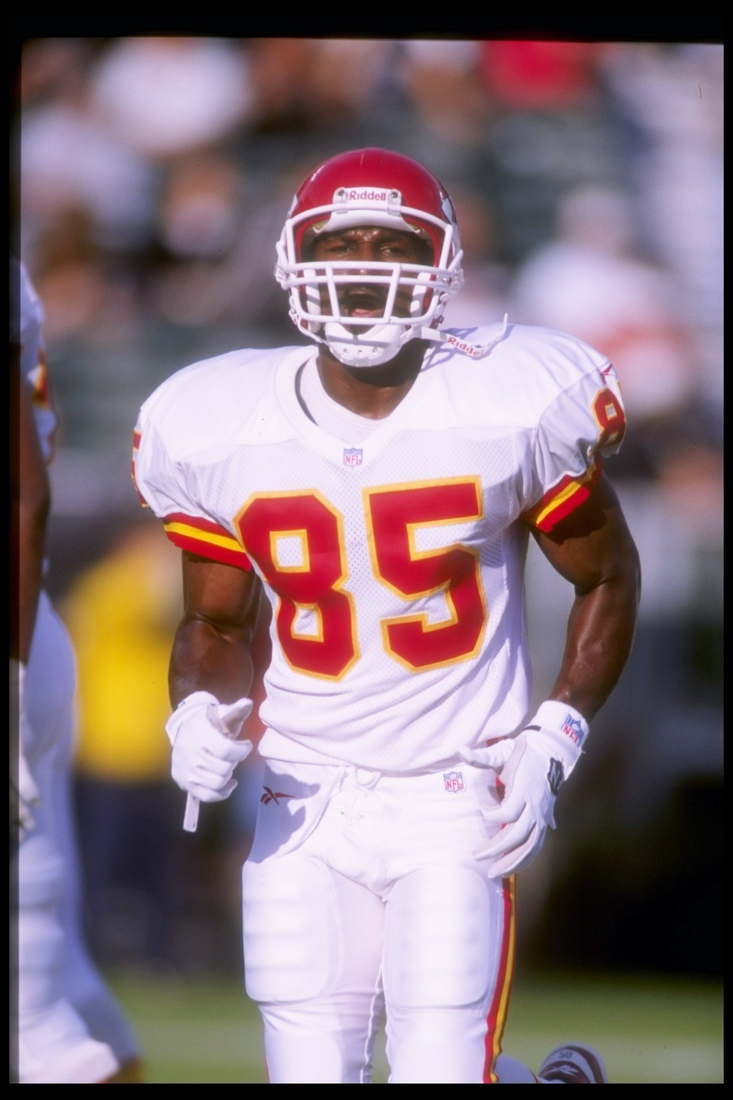 So it seems unlikely this is a son or a brother. Perhaps another relative. That angle would be the easiest way to explain having this jersey in 2013. If my brother Chris were in the league, you better believe I'd be reppin' that jersey every damn day.

Perhaps it's just a huge Chiefs fan. Someone who had high expectations of Perriman entering 1997, it didn't pan out and now this fan is left with this Perriman jersey. He doesn't wear it very much because, well, Perriman was gone quickly. So since it hasn't been worn very often, it's still in one piece 16 years later.

OR, another option, perhaps the most likely one, is that after Perriman was cut this jersey was sold for like $4 and this guy needed a jersey so he bought that one, not knowing he would one day end up on the internet's most popular Chiefs blog.

We may never find the story behind this jersey, maybe the most obscure in the kingdom.

If you have a jersey that is MORE OBSCURE than this, please respond in the comments.

Clark Hunt on the model franchise