ESPN's Ron Jaworski explains why Alex Smith, one of the best play-action QBs, is the 20th ranked QB

Jaws is counting down his top quarterbacks in the league. Coming in at No. 20 is Alex Smith. Read on for Jaws' comments about Smith.

Share All sharing options for: ESPN's Ron Jaworski explains why Alex Smith, one of the best play-action QBs, is the 20th ranked QB

Way, way back in the day, ESPN used to cover sports, specifically football. Actual Xs and Os stuff. And when they did that, Ron Jaworski was their man. The former Eagles (and Chiefs) quarterback played in the league from 1973-1989. He's one of the top Xs and Os analysts on ESPN. That's the reason I was so curious to see his quarterback rankings, which he has been counting down on ESPN.

KC Chiefs quarterback Alex Smith ended up at No. 20 on Jaws' list. You can see the full list here. ESPN's PR folks shared Jaworski's justification for ending up at No. 20 for Smith. 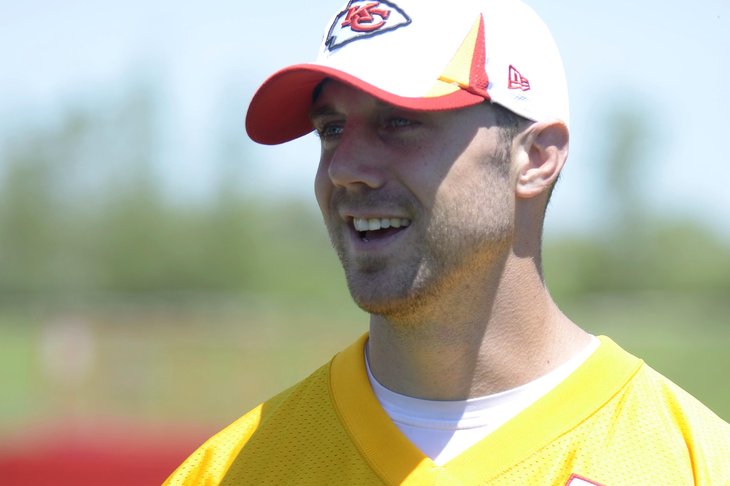 32 teams, 32 quarterbacks. Where do you rank the KC Chiefs Alex Smith?

"Now it gets interesting," Jaws said. "My top 20. My 20th-ranked quarterback is Alex Smith.

"A year ago, Smith was coming off his best season in the NFL, having led the 49ers to the NFC Championship. This year, he's the starting quarterback for the Kansas City Chiefs. It was a great move by Andy Reid to acquire Smith.

"The defining element of Smith's play is efficiency. He executes the offense the way it's designed, and he makes very few mistakes. Last season - for the second year in a row - he was exceptional on first down. In 2012 he led the NFL in first-down passing, with a quarterback rating of 119. Much of it came off play-action, or in the case of the 49ers, hard run-action out of base personnel. There was no better play-action quarterback last season than Smith. He had a quarterback rating of over 132.

"There was no better play-action quarterback last season than Smith." -Jaws

"Smith has been outstanding out of multiple tight end personnel over the last couple of seasons. No quarterback has thrown the ball more with three tight ends on the field. You don't see that very often in today's NFL.

"This play [diagrams play on screen] was beautifully designed with all three tight ends to the same side. First, look at the impact of the run-action on the two linebackers and the safety. This was hard run-action. Then you see that Delanie Walker's vertical route occupied the corner. That left Vernon Davis matched on a safety, a safety that initially reacted to run. He had no chance on Davis' wheel route.

"One area Smith improved in 2012 was in the pre-snap phase of the game. He was much better at the line of scrimmage checking and audibling.

"It will be interesting to see what Andy Reid does in Kansas City. Don't be surprised if he turns Smith loose a little bit and features an up-tempo offense with an emphasis on quick throws. Remember, Alex Smith played for Urban Meyer at Utah."

A few reactions from me:

More on Chris Ault, play-action and the pistol 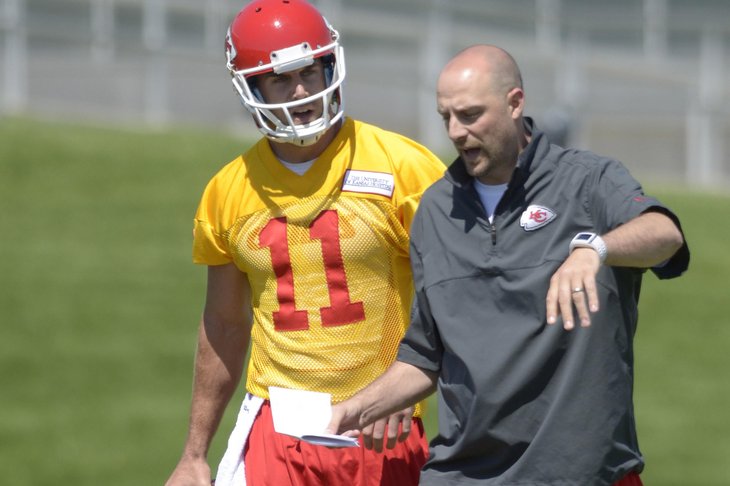 Also, Chris Ault once said Alex Smith would be an excellent pistol quarterback.

Holy crap, is it football season yet?