The Kansas City Chiefs continue to work outside in St. Joe for their 2013 training camp. Day five of camp brought us a number of injury updates, Alex Smith getting knocked to the ground (he's fine) and Quintin Demps continuing to show up. Read on for more updates from day five.

Injuries are piling up

Dwayne Bowe: "Bowe cramped," Andy Reid said after practice. "Minor thing." This image of Bowe being carted off was a little scary, but he's apparently fine. 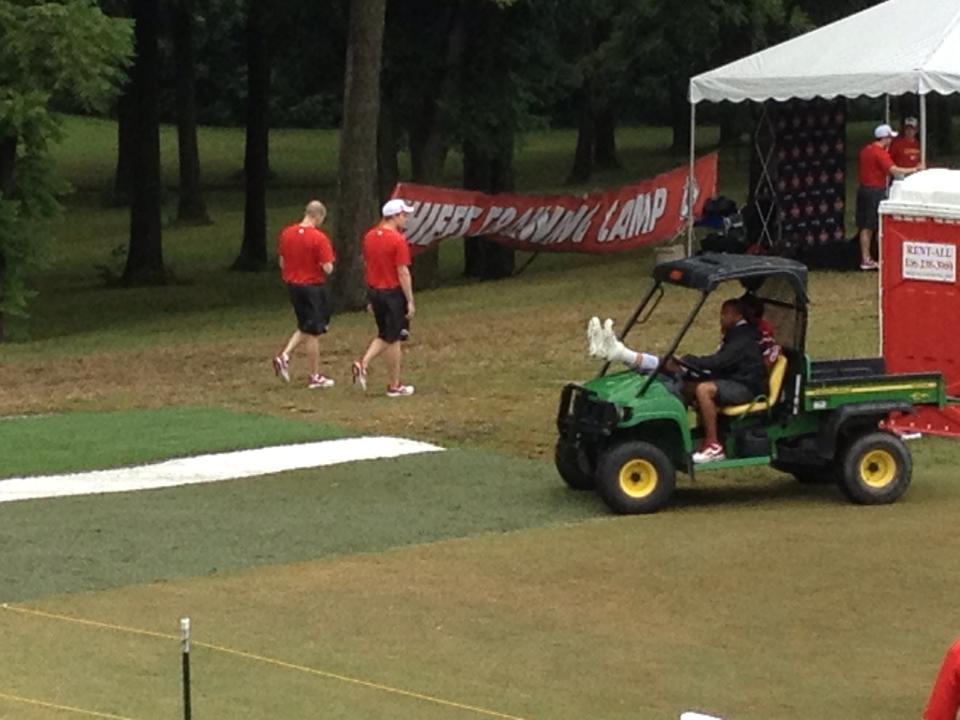 Jeff Allen: He returned to practice after missing since Saturday. He had a shoulder injury but was back in the lineup. Good news.

Cyrus Gray: Foot injury. He has soreness, according to Reid, and an MRI coming. He was spotted walking off the field to the trainers tent at one point then carted off up the hill.

Colin Kelly: Knee injury and an MRI coming, too. He was helped off the field. This looked like a potentially more serious injury the way he was unable to walk on his own.

Mike Catapano: Strained calf. "We'll see how he does," Reid said. He was spotted limping off.

Dunta Robinson: Hamstring injury. The fourth time in the last five days he has been in the trainers tent. 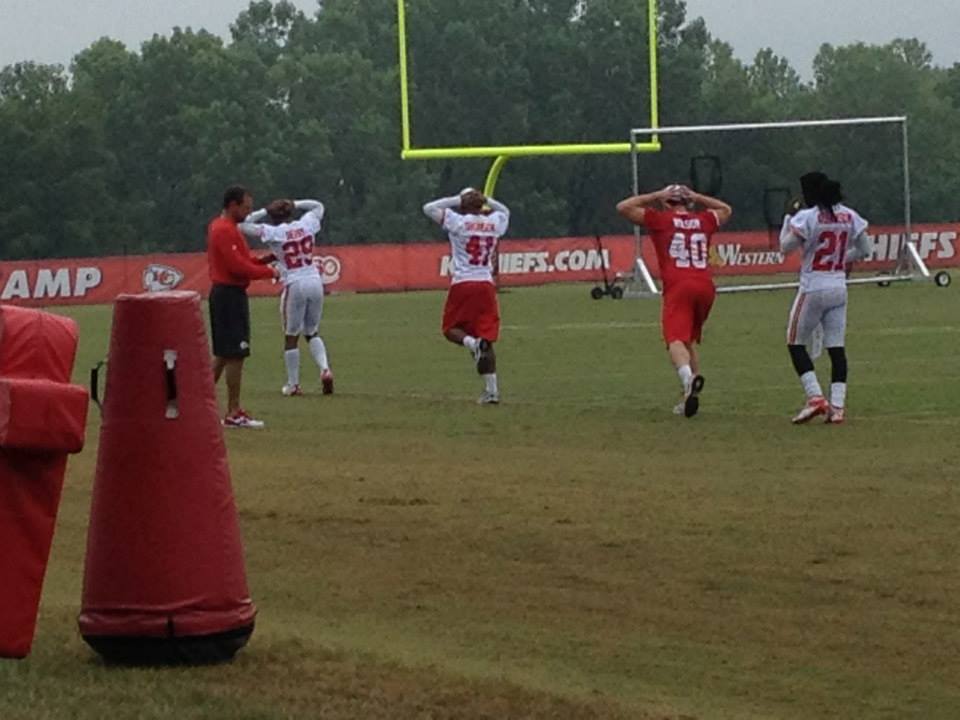 Alex is hit! (Kinda, not really)

The quarterbacks wear yellow jerseys. They are not allowed to be touched. At one point we saw the pocket collapse and Smith somehow ended up on the ground.

"I was going to make the throw and just tucking it at the last minute," Smith said, "probably could've been more athletic and kept my feet. Not a big deal."

Soo, was Andy Reid a little upset that his quarterback got hit?

"He didn't say too much because it was an accident," Justin Houston said. "The guy slipped and fell. Accidents happen." 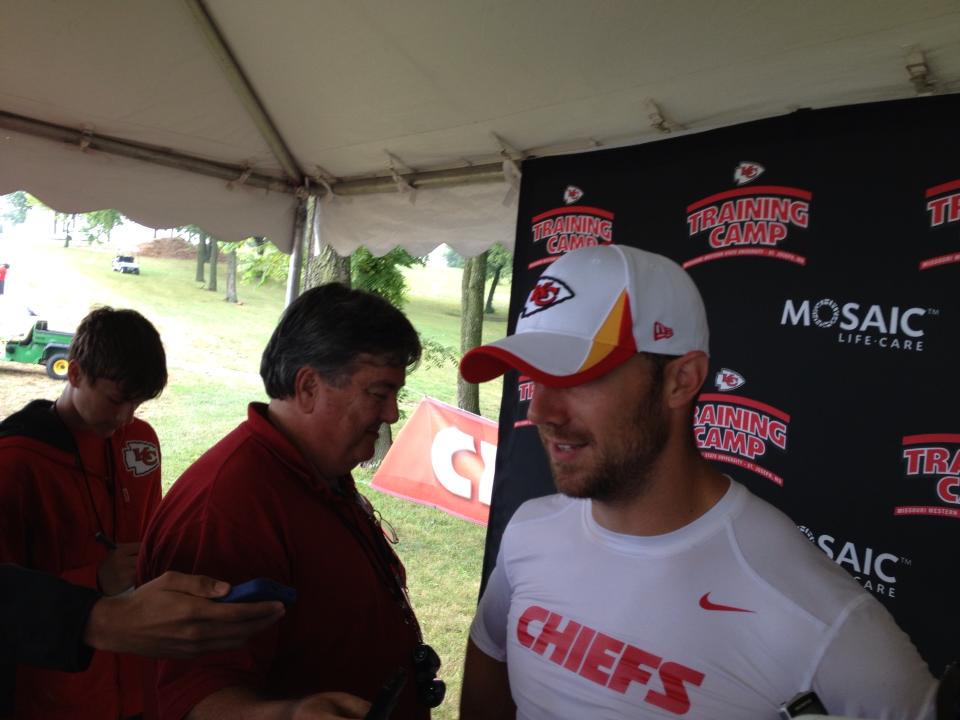 Chiefs players have tackled to the ground for two days now. Reid said the tackling has been good so far.

I heard the KC Star's Adam Teicher on 810 WHB the other day and he made a good point. You have to decide now if the tackling is worth the injury risk. You can't say it after a season-ending injury continues. So, right now, is the tackling worth the risk of injury?

My early prediction is that Demps, the safety, is making the team. He's been making plays with Berry banged up the last couple of days.

Demps had an interception during camp, probably the pick of camp so far. He was in for Eric Berry so he was playing near the line of scrimmage. The ball was thrown and Demps jumped up out of nowhere and made the interception. The defense crowded around him cheering after he made the play.

"I drafted Quintin in Philadelphia so I know Quintin. I thought we could use him here. John liked him. So John actually brought him to me and checked with me on it because he knew I knew him."

Reid also clarified that the personnel things are Dorsey's. And if Dorsey has a player that Reid has coached, Reid will give him the thumbs up or down on him. Whenever Dorsey's name comes up, Reid seems to clarify that Dorsey does the personnel side and Reid does the coaching side. 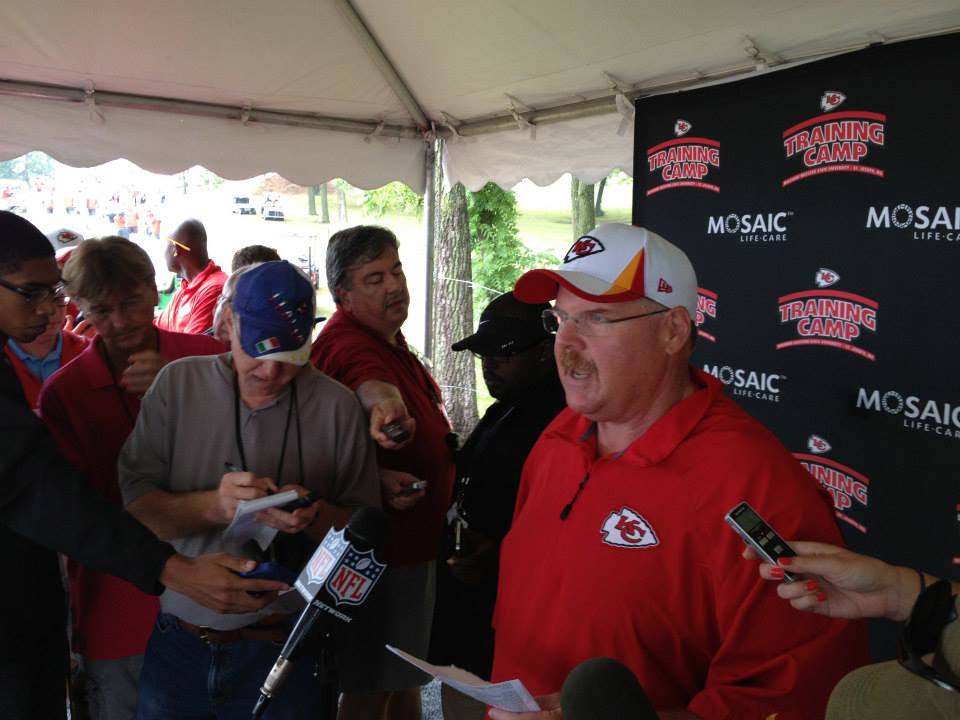 All your Chiefs practice reports 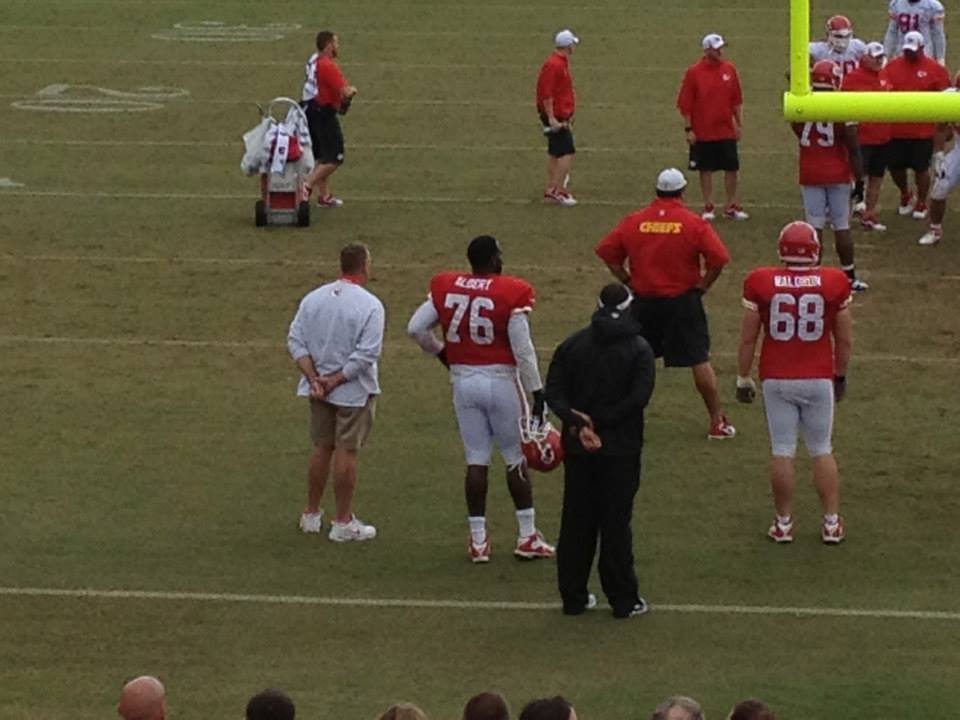 Five days of Chiefs practice means five practice reports. Read 'em all at the link above.

Lots of pre-snap movement from the Chiefs

There is a lot of movement before the snap during camp. Players are motioning. Running backs are coming out of the backfield and lining up outside. Alex is waiving his hands around.

What does it all mean?

Hmm ... must be classified information.

"It's awesome," Alex Smith said. "Such a great, what do you want to call it, alumni or family. The pride and history of this organization. You can feel it." 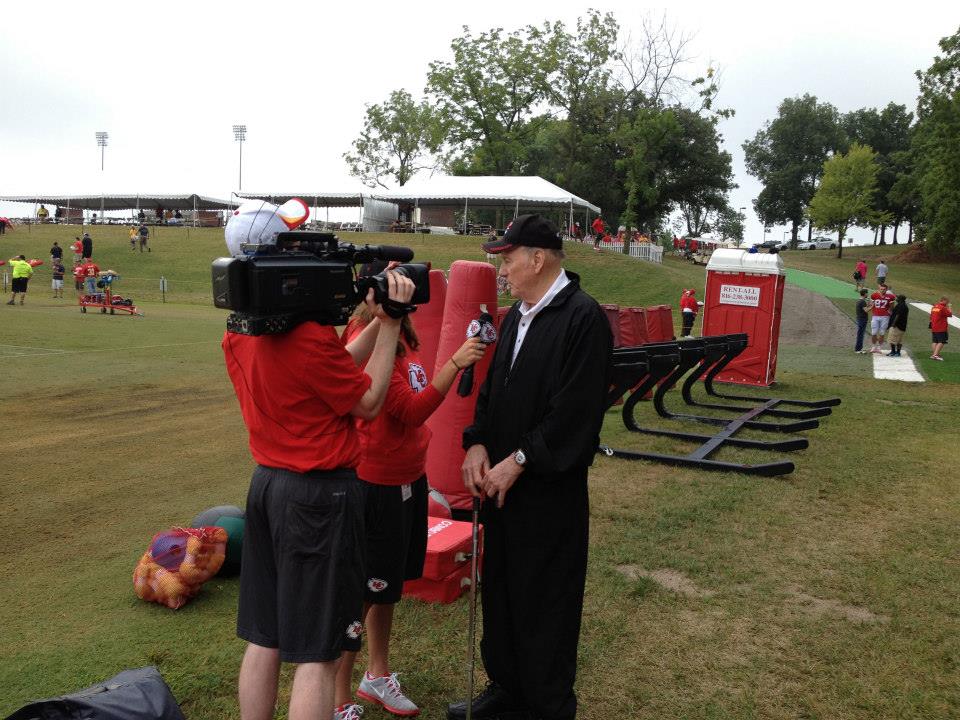 Wednesday is an off day

That means no practice report.

"To relax and keep the liquids in," Reid said when asked what he told his players they'd be doing. "If you see them, remind them of that."

I'm not in camp shape yet either so I welcome this day off. 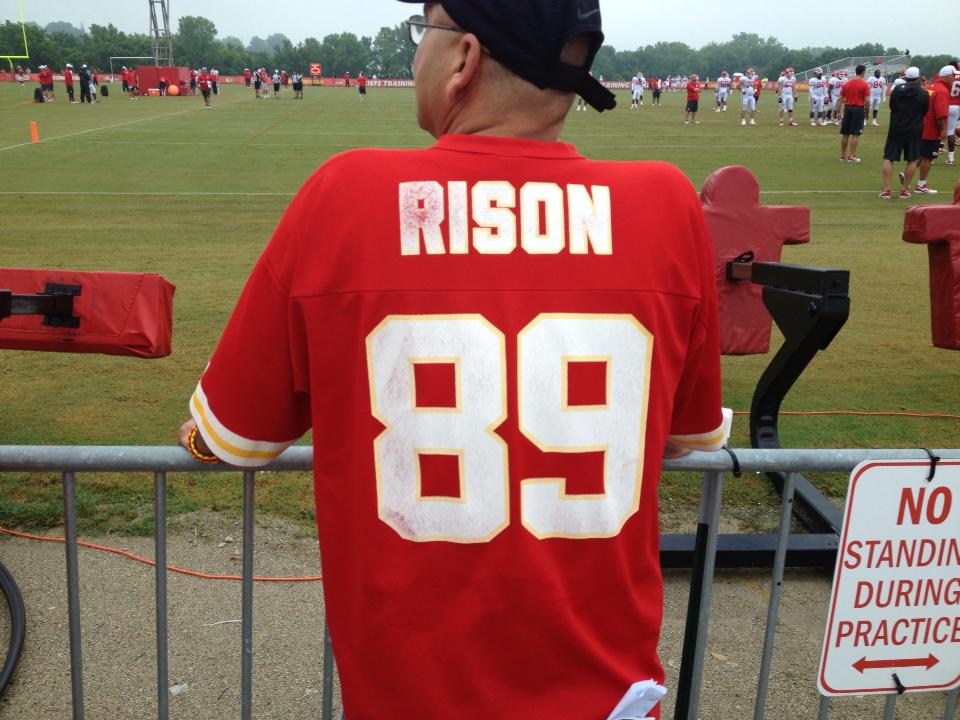 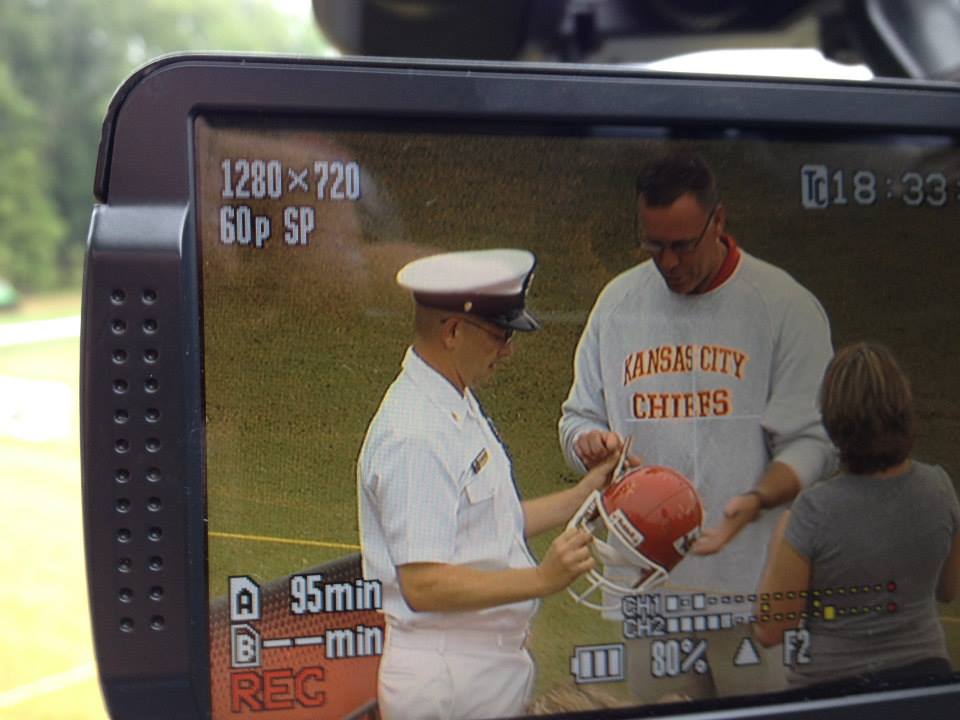 Pic through the lens of Nick Jacobs camera