Finally, the Kansas City Chiefs have signed No. 1 overall pick Eric Fisher. Update: Terms of the contract are here.

The Eric Fisher deal is (almost) done. According to Pro Football Talk, the Chiefs and Fisher have agreed on a contract, which will soon officially make Fisher a Chief.

Chiefs, Eric Fisher agree to terms, per league source. He's heading to camp and will sign contract then practice with team.

His contract is expected to be in the neighborhood of four years and roughly $22 million with a team option for a fifth year.

If he signs it this afternoon, he could be available for the first practice at 3:30 p.m.

Chiefs-Eric Fisher contract expected to include offsets w/compromises made on team side to "offset" offsets. Bonus in $14.5M range.

With Eric Fisher agreeing to his deal, unsigned picks in the Top 10 are No. 7 Jonathan Cooper, No. 9 Dee Milliner & No. 10 Chance Warmack

Fisher's absence has been a topic of conversation this week. Chiefs coach Andy Reid has continually said that as long as the two sides -- GM John Dorsey and Fisher's agent -- were talking then things were good. They expected him to arrive at some point this weekend, according to reports.

Meet the 88 other players in camp 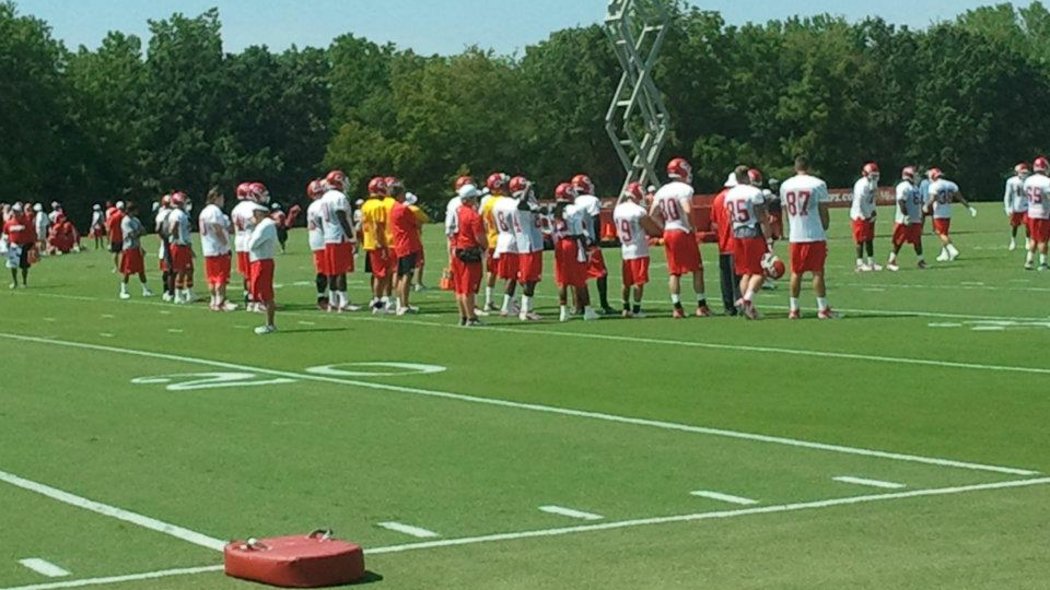 Fisher is expected to start practicing at right tackle, his position for the 2013 season with left tackle Branden Albert in the fold. It's unclear what the future holds for Fisher as far as playing left or right tackle but in this season he is expected to be a right tackle.

Fisher, the No. 1 overall pick in the 2013 NFL Draft, participated in the Chiefs offseason program because he did not require a contract to do so. But training camp is a different deal. Players have to be under contract so this means Fisher can formally report to camp and start practicing with the team on Friday.

The Chiefs rookies and quarterbacks reported to camp earlier this week on Monday, so Fisher has missed at least three days of on-field work with his teammates. The veterans arrived in St. Joe on Thursday afternoon, one day ahead of the first official practice on Friday afternoon.

This means that, assuming Fisher gets to St. Joe in a timely manner, he will participate in the first full practice of camp on Friday. The Chiefs will have another practice on Saturday morning and by Sunday they can put the pads on. In my mind, it was important to get Fisher in before Sunday so that he could participate in the start of padded practices. The Chiefs offseason practices up to this point have not been in pads so the Chiefs haven't seen Fisher hit yet.

This is your 2013 KC Chiefs draft class: