Chiefs' Geoff Schwartz on open competition, injuries and the lack of hazing in the NFL

KC Chiefs guard Geoff Schwartz went in studio with Danny Parkins, Carrington Harrison and Jayice Pearson on 610 Sports The Drive on Tuesday evening. From all his injuries to all his groupies, I learned an awful lot about Geoff Schwartz in this interview. Read on for my recap of the interview. And check out audio of the segment right here, it's a good listen.

Share All sharing options for: Chiefs' Geoff Schwartz on open competition, injuries and the lack of hazing in the NFL

2. Schwartz on his injuries:

"Last summer I knew something was wrong, I was lifting and working out and I couldn't get to full speed working out. I just knew something was wrong. And about three or four days into camp I tore my abdominal muscle off my pelvis so that's called a sports hernia. It's really a lower abdominal issue. So I got that fixed and I came back Week 1, tried to play through it and I wasn't as good as I can be." 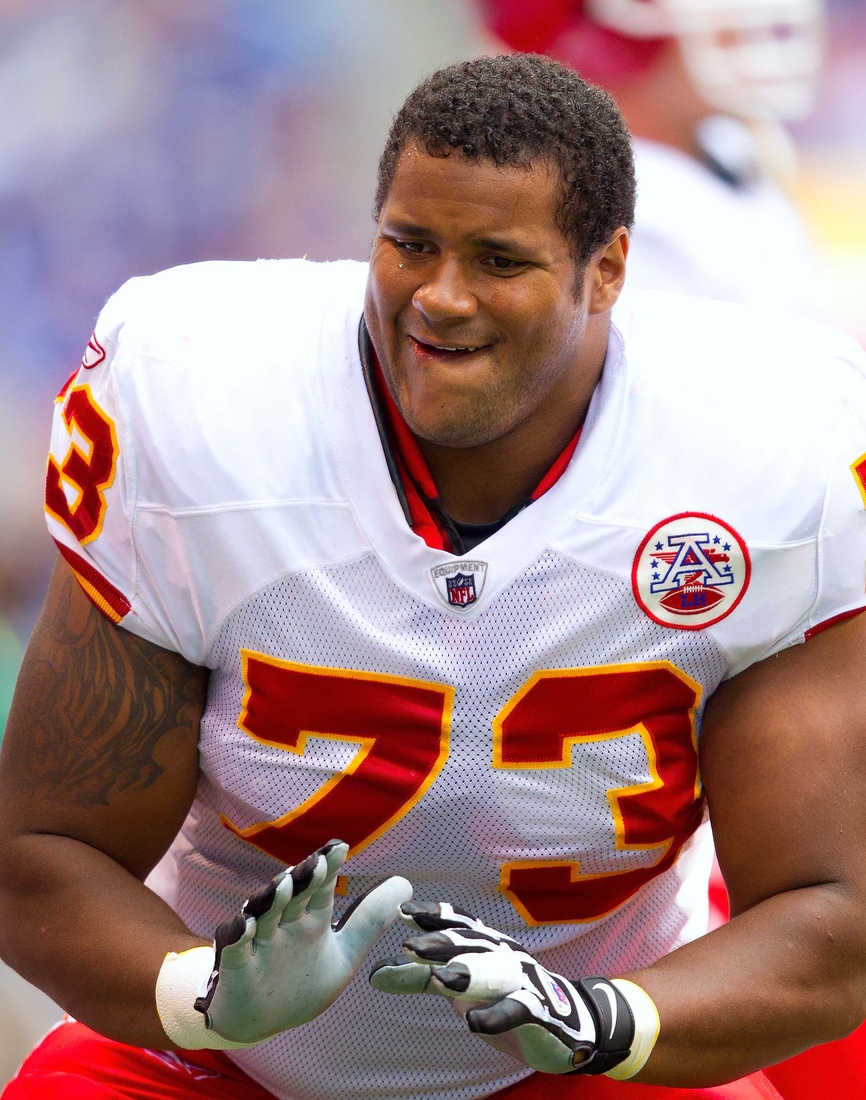 3. So far, Schwartz has one groupie and he met her outside the 610 studio minutes before the interview. "One in six years," he said. "She just shook my hand and said good luck this season." Not the first time Schwartz has broached the topic of groupies...

4. Schwartz has been on a 2-14 team. The 2010 Carolina Panthers, the year before Cam Newton. I totally forgot the Panthers were that bad. Maybe it is possible to overcome 2-14!

5. "We're very talented," Schwartz said of the offensive line. He notes that Jeff Allen, Rodney Hudson and Donald Stephenson were all high draft picks. Jon Asamoah is a Pro Bowl caliber guard and then the two tackles, "BA" and "The Rookie", are looking good.

6. There's no hazing going on with the Chiefs. "Now-a-days, there's not this stuff where you see in Hard Knocks the guys getting taped up." Back when he was a rookie Schwartz did what he could to avoid singing, including eating in his room alone.

8. How much stock can you put into OTAs and the offseason? "Probably not very much. It's a very short window." God I love that honesty.