The Kansas City Chiefs No. 1 overall pick has not signed his rookie contract and therefore did not show up to training camp on Monday afternoon with the rest of the Chiefs rookies.

Kansas City Chiefs 2013 training camp doesn't really get going until Thursday when the veterans arrive and then on Friday when they hold the first practice. But the rookies, quarterbacks and injured players did report to St. Joe on Monday, the first batch of players to arrive at camp, and Chiefs No. 1 pick Eric Fisher was not among those showing up.

Fisher has not signed his rookie contract with the Chiefs, Andy Reid announced on Monday afternoon. (H/T 610 Sports who had the audio of Reid speaking up quickly this afternoon.) 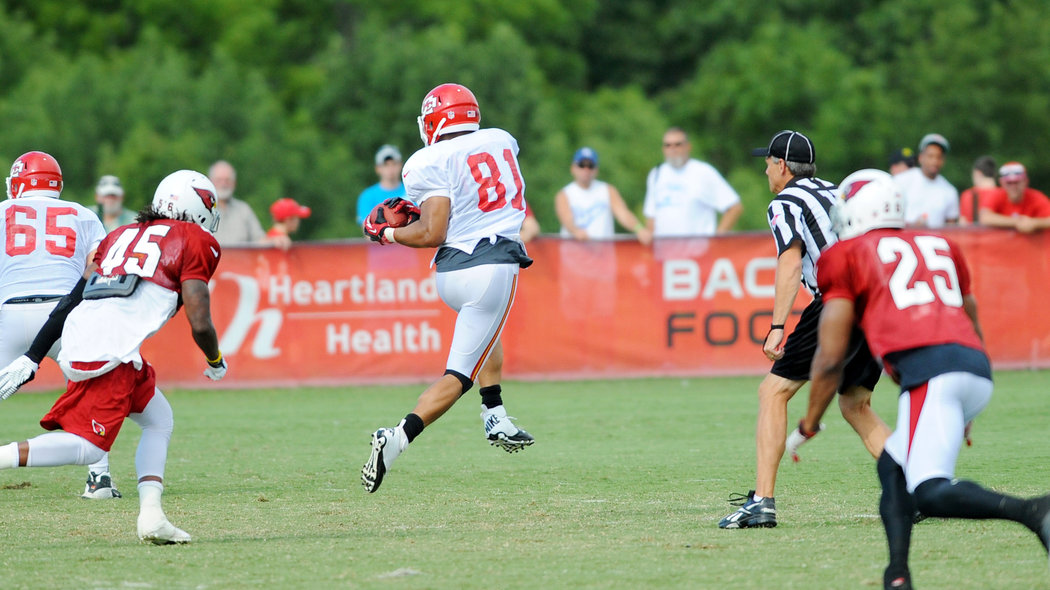 "Eric Fisher is not here," Reid told reporters on Monday. "John Dorsey and [Chiefs executive] Trip McCracken and Joel Segal, [Fisher's] agent, are working through some things. I'd expect that to progress here and we'll see how it all works out.

"I can't give you a time. I'm not really going to talk about contracts. That's just not what we're doing. But they are working through it and that's what's important. There is communication. I've been through enough of these over the years that if they're talking I know it can get done."

It's unclear what is going on with the contract. There are other first round picks who have yet to sign so it's not unusual for Fisher to not be signed. Jason Cole has reported that the "offset language" that seems to be plaguing so many rookie negotiations in the past couple of years is not a major issue in this negotiation.