Tony Moeaki has been cleared to practice, according to KC Chiefs head coach Andy Reid. The same goes for Donnie Avery. Good news on both fronts.

Flash back to last May. The Kansas City Chiefs were in the midst of OTAs and tight end Tony Moeaki was not practicing. He had a knee procedure earlier in the offseason and Chiefs head coach Andy Reid only said that Moeaki would likely or probably return for training camp. That Reid wouldn't commit to Moeaki definitely being in camp concerned some folks, including me.

Apparently there's no cause for concern. On Monday Reid told reporters, including the (other) AP's Dave Skretta, that Moeaki has been cleared to practice. 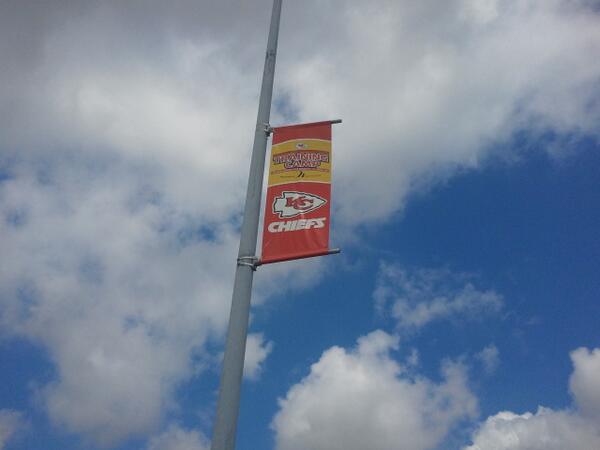 How much practice? What will he do? We'll find all that out but consider this a step in the right direction. The competition at tight end is going to be one of the best on the team. Assuming full health, there are three potentially very good players there.

Moeaki is not the end of the good news.

Chiefs receiver Donnie Avery, who missed much of the offseason with a hamstring injury, has also been cleared to practice, Skretta reports. More good news for the Chiefs and their position battles.

Even more, both players are expected to practice on Tuesday, according to Fox Sports KC's Sean Keeler. Both players are competing for playing time. Avery with Jon Baldwin and others at receiver and Moeaki with newcomers Anthony Fasano and Travis Kelce.

On a similar note, running back Shaun Draughn was also cleared to practice.