John Dorsey, the KC Chiefs new GM, spoke with Vahe Gregorian of the Kansas City Star just a week before the start of KC Chiefs training camp in St. Joe.

Share All sharing options for: Chiefs GM John Dorsey speaks a week ahead of training camp

As noted in today's Arrowheadlines, the Kansas City Star has a neat story featuring quotes from Kansas City Chiefs GM John Dorsey. Vahe Gregorian, who recently came over from the war zone that is St. Louis, is the reporter on the piece. 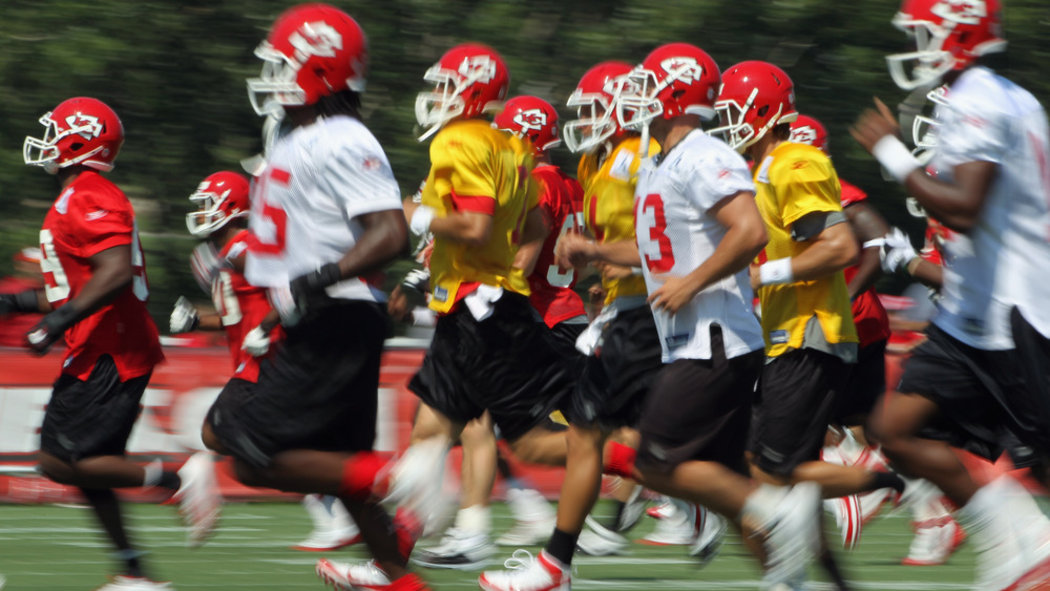 After reading it, I get the same type of vibe as I have been getting about Dorsey. He has his talking points, sure, but I don't get the sense that he's trying to keep a secret from me like a certain former Chiefs GM. We hardly know him at this point -- he's only spoken publicly a handful of times so far this year -- but with each new story we continue learn a little more about him.

The expectations for the 2013 season, according to Dorsey, are to be competitive. And I'm going to hold him to that. The bar has been raised this year and that's at least partially because the Chiefs brass continues to talk about this team competing for the playoffs. Normally, in most cities, that's no big deal. In Kansas City, coming off a two-win season, you hear playoffs from the GM and it stands out.

You're reading the Star's piece anyway, so here's my favorite nugget:

"Andy and I talk three times a day, even on vacation; we're like two brothers," he says, pulling out his cell phone to show a picture of his 2-year-old, "Baby Jack," eating watermelon that he recently texted Reid. "That's what we share; that's part of the friendship, and that's we do."

I don't know why I find that so funny, but I do. It also means this story is still relevant: The Top 10 Signs Dorsey and Reid Are Spending Way Too Much Time Together.

Check out the interview here. Looking forward to reading more from Vahe Gregorian.