Branden Albert is currently under his one-year franchise tender with the KC Chiefs but the two sides are expected to resume talks next week, ahead of the July 15 deadline to agree on a long-term deal.

As a franchise tag player, Branden Albert has until July 15 to strike a long-term deal with the Kansas City Chiefs or else he will be required to play out the season under his one-year franchise tender worth roughly $10 million. That means Albert has less than two weeks to come to an agreement with the Chiefs or else he will be scheduled for free agency (again) next March.

According to a pair of reports, Albert and the Chiefs are expected to talk contract next week. ESPN's John Clayton reported this late last week and ESPN's Bill Williamson reports the same this week. 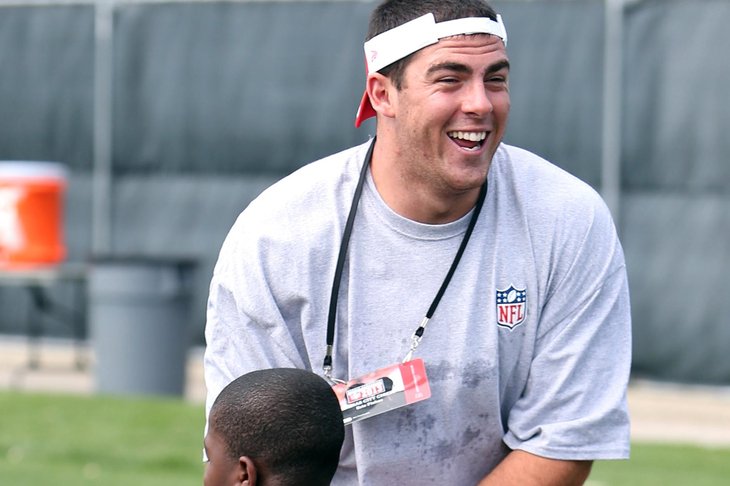 This news doesn't really tell us much because you would expect the two sides to at least have conversations leading up to the deadline. However, deadlines have a way of spurring action. That deadline will get the two sides to the table; can they come to an agreement? That has been the question and remains the question.

The Chiefs are pushed up against the salary cap so a new deal for Albert could, in theory, create more cap space, depending on how it's structured. If the Chiefs aren't comfortable with their less than $4 million in salary cap space at the moment, the need for cap space, combined with the deadline to do a long-term deal, could push them to make an offer better than the last one they went to Albert with.

My gut tells me a deal won't get done. I can't get past the Chiefs going from (openly) attempting to trade Albert in April to then giving him a multi-year extension in July. It just doesn't make a lot of sense that the Chiefs would do a 180 like that. Maybe it happens -- I won't complain -- but I just don't see it happening.