Smith sits down with Arrowhead Pride to talk about the nerves of a veteran free agent during the long NFL offseason.

Share All sharing options for: AP Interview: Shaun Smith wants to play 2 more seasons then retire as a Chief

During the Scott Pioli regime, it was hard to find any players who would stop toeing the company line long enough to inject some personality into the typical media quotes. But Shaun Smith was one such player. There was a reason the veteran defensive lineman and now former Chief became a fan favorite, since he was always engaging on and off of the field.

Yet as much as he was appreciated by the fans, it's also clear that Shaun loves Chiefs nation. In fact, when he's ready to hang it up, he hopes to retire as a Chief. We recently sat down with Shaun to ask him about the NFL offseason and what it's like to wait for that magic phone call.

Arrowhead Pride: How is this offseason going for you so far?

Shaun Smith: This offseason has been a difficult one but a good one. I didn't go through any OTAs this year, so I got to rest my body. Mentally, I'm just trying to keep my head above water. You know, I'm a realist towards it. I'm going on year 11, so I guess I'm at what people say is the end of your career. I think I can play two more years, but that's not my call. That's on teams out there that have not decided to sign me yet.

I think I can play two more years, but that's not my call.

But the positives is that I got to spend more time with my kids. I got married recently in the Bahamas on July 6th. I took classes this offseason and I graduate on August 10th from the University of South Carolina. So I had some big accomplishments going on. I still continue to work out hoping I can still get a phone call. But if not, my next transition is to continue working with my foundation and also see if I can get into coaching in the NFL. 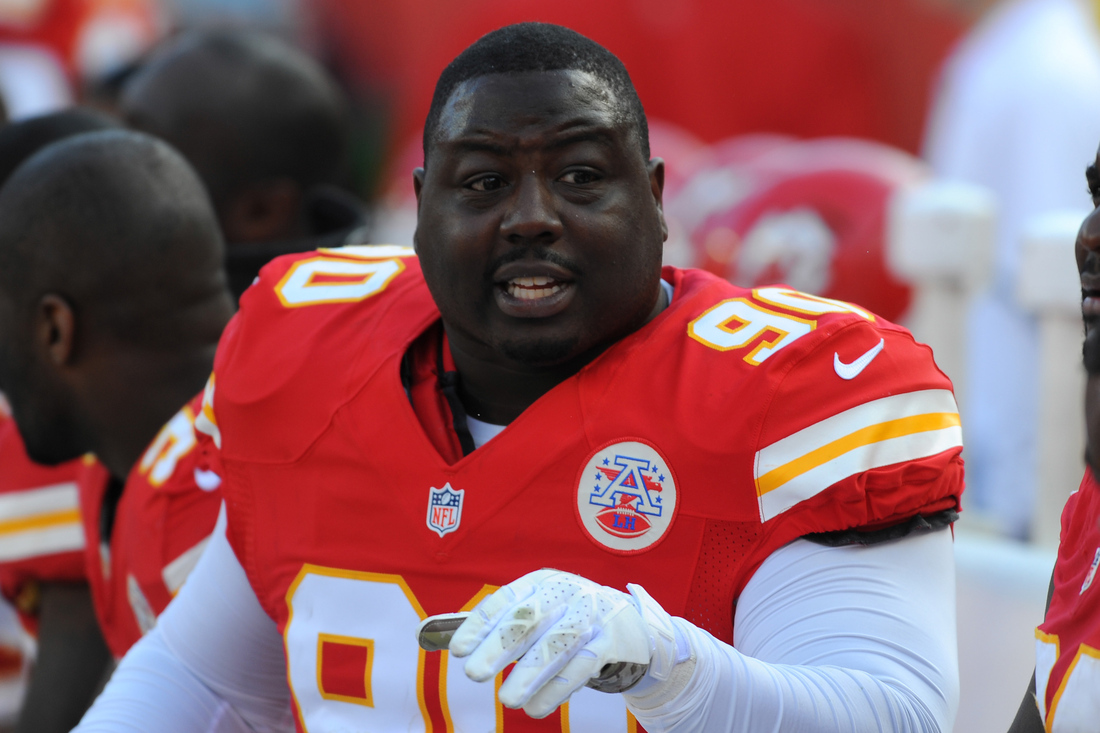 AP: How much more nervous were you at this point in the offseason in your early years than now?

Shaun: Yeah, I was real nervous. You know, I went undrafted so I was really trying to make a name for myself. My first two years I bounced around to different teams. As you get older in this league, you start to expect to know what to do in the offseason -- when to start training, when to tone it down and when to pick it up. That's the biggest thing. But the offseason is always nervous for a lot of guys, doesn't matter if you're a veteran or not. Come around the Draft, you hope they don't take anybody. You learn if you're not in their future plans or if you are.

AP: You mentioned 11 years. That's just a long time in this league and you have to be proud of that.

Shaun: Oh, definitely! That's an accomplishment for me being undrafted. [Laughs] For me to make it this long in the league, there's not too many people who have done that.

AP: What do you attribute that to?

Shaun: One is a Hall of Fame coach in Bill Parcells. I had him for my rookie year and played for him my whole rookie season. He taught me about the game of football and about life -- just working hard, never let up and never feel comfortable. When you feel comfortable, that's when you'll find yourself out of this league.

When you feel comfortable, that's when you'll find yourself out of this league.

So when I was bouncing around to different teams, it wasn't that hard because I'd already played for one of the hardest coaches to play for. That's the only coach I've ever played for who could bash you and give you a compliment in the same sentence.

AP: I'd love to hear you reflect on your time in Kansas City. I know you had a couple stints here--

Shaun: Man, it was great. If I had a place I was going to retire, I won't lie, I would love to retire with the Chiefs. I'd actually love to go back and play there even still, especially with the moves they've made at quarterback. They have the running game there. They've added another receiver and some help on defense. I wouldn't mind going back to Kansas City.

I loved playing for the fans. I mean pulling up at Arrowhead Stadium on Sundays were amazing for me and my family. My kids loved it there, so that was a great experience. It's weird not being there now because I'd love to be a part of the team.

I won't lie, I would love to retire with the Chiefs.

My first year there, we went to the playoffs. When I came back last year, we had a horrible season and so much went wrong with Jovan Belcher situation, different quarterbacks every week and Romeo being fired. Romeo is like my father figure. But he's still proud of me with my graduation. He congratulated me on my wedding and told me stay in shape because you never know what's going to happen. 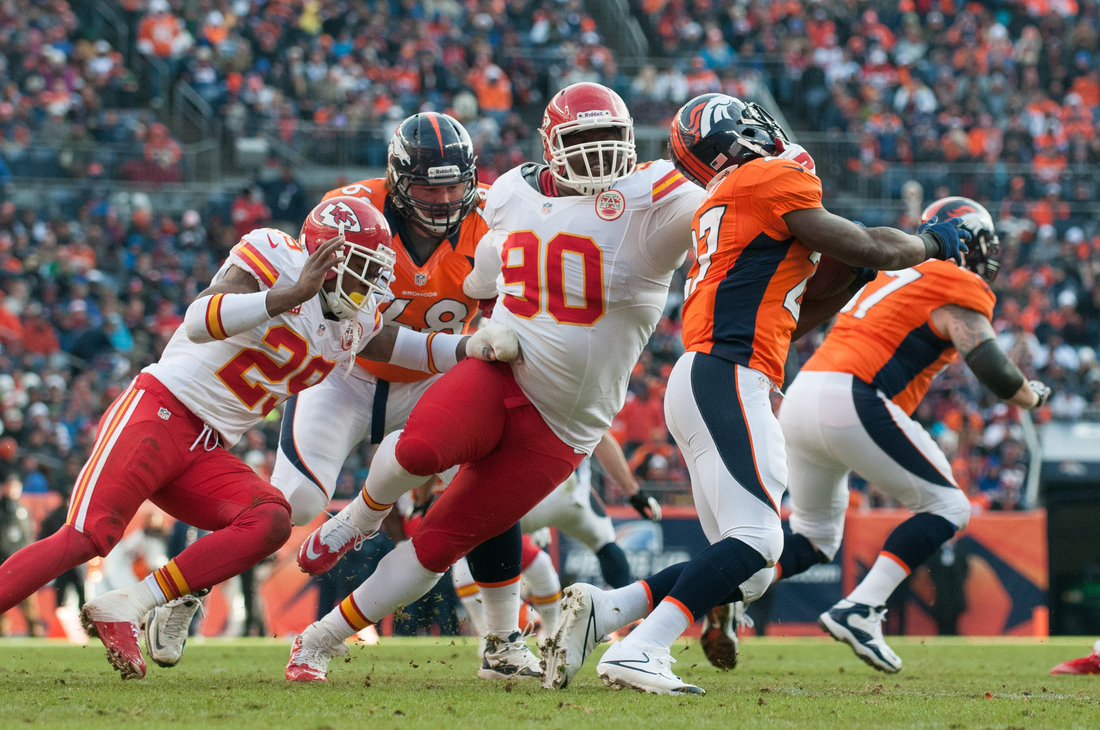 AP: No one could have predicted everything falling apart last year.

Shaun: Yeah, there's no way. When you have that many Pro Bowlers on a 2-14 team, that tells you about the character of the guys you have there. When you look at the game, we'd be in it with five minutes left and then we'd turn the ball over or there's an interception or a fumble or we'd miss a tackle. That's all signs of a team still growing and trying to mature together. But we were one of the youngest teams in the NFL last year. [Laughs]

AP: You have any opinions on the offseason changes? Any thoughts on Andy Reid?

Shaun: He's a great coach. When he coached the Eagles, I played against him a few times. He used to tease me and I used to tease him cause he'd always rub on the stomach telling me I was a big guy. [Laughs]

But he's a great offensive coach. Look at the things he did with Michael Vick, Donovan McNabb and Kevin Kolb. He's a players coach, too. I know guys who have played for him. I think out of all of the coaches who were available for the job, I think Mr. Hunt chose the right person.

AP: Do you have a favorite memory from Arrowhead?

Shaun: I have to go back to 2010 playing against San Diego in the rain and we won the game. That was one of the best moments ever. It might have been a Sunday night game, but I remember we shocked everybody. We beat them in the rain and we went on to have a great season. Even though we lost to the Baltimore in the playoffs, we should have beat them and just kept running the ball on the ground. 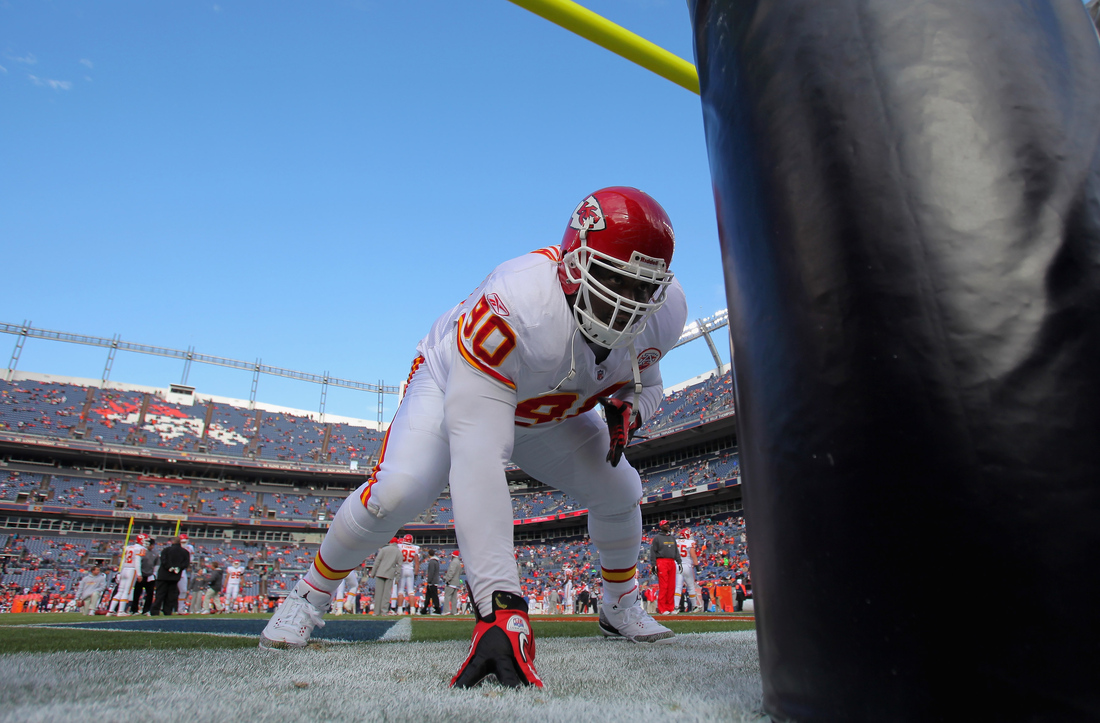