We move on with our series comparing the 2012 and 2013 Kansas City Chiefs. Up today is the outside linebackers.

Share All sharing options for: Did the Kansas City Chiefs improve? OLB edition

Going with 2013 over 2012 has been easy in some cases, like quarterback or cornerback. But picking the 2013 version of the KC Chiefs outside linebackers over last season's group was not that easy. The Chiefs really aren't noticeably better at outside linebacker this season. Hali and Houston are still the centerpieces of this group. Ideally, they're not coming off the field very often. 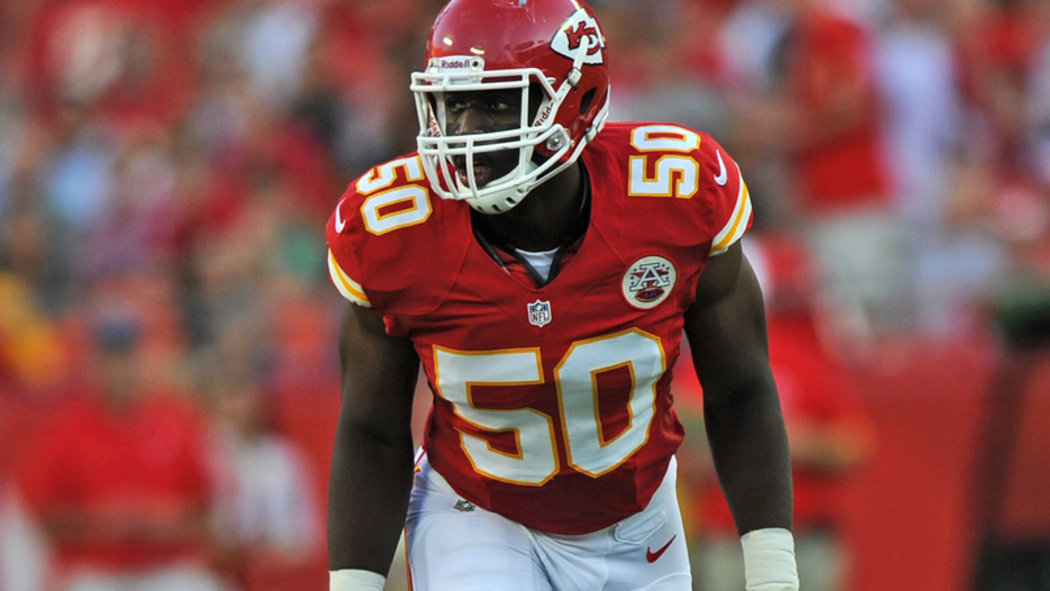 The difference between last season and today comes in the reserves.

Gone is Andy Studebaker, who was limited in what he could do but played his reserve role well enough. He also played a role on special teams.

In is Frank Zombo, who comes from the Green Bay Packers. Interestingly, John Dorsey's former team, the Packers, did not tender him as a restricted free agent. Here's what we wrote about Zombo upon his signing; He was picked up by Green Bay after the 2010 NFL Draft, made the 53-man roster (which is impressive enough) and even started eight games and four sacks on the season. In the following two years, Zombo had just one start due to injuries and competition. He didstart in the Super Bowl, which is pretty cool.

Mike Catapano, whose college coach told AP's Matt Conner that he has a motor like Justin Smith, is new this year. He's the Chiefs seventh round pick out of Princeton.

And then there's Edgar Jones, who returns from last season's season. Look for his role to come on special teams, as it did last season in KC. (That and scoring really awesome touchdowns.)

Tamba has a large cap hit this year 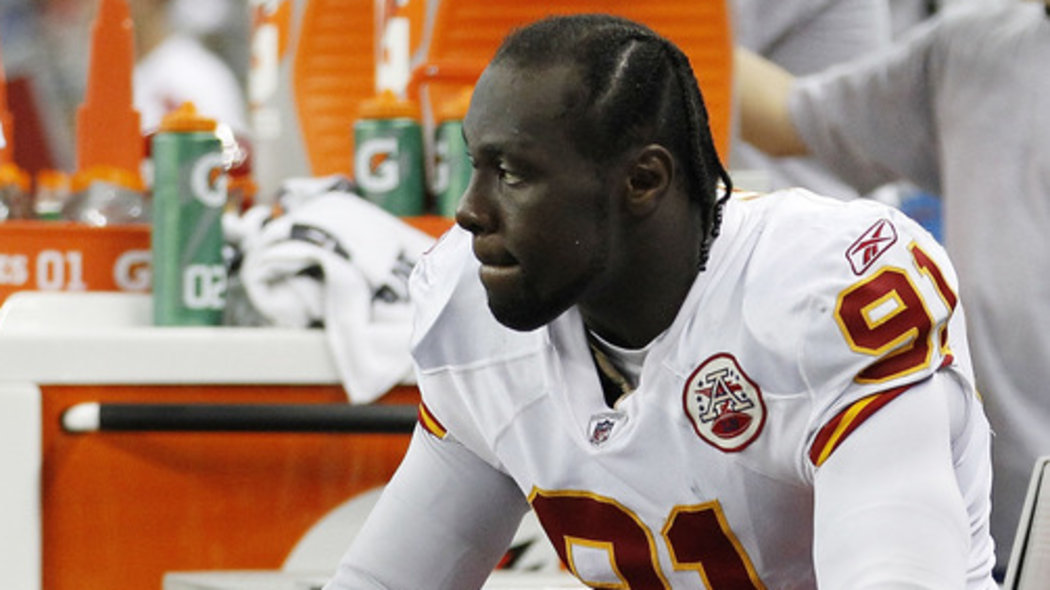 But the reserves aren't what I based most of my decision on. For me, this position comes down to one question: Will Hali and Houston be better, collectively, this season than they were last year? I say yes, and that's largely due to Houston. Houston very well could be on the verge of busting out as one of the best pass rushers in the game. He's not there quite yet, but the way he has improved each year suggests he could be very good.

As for Hali ... I can't confidently say he will be better this year than he was last. This is all guesswork and speculation, of course, but Hali seems to get beat up a LOT on the field. I always figured that would become an issue at some point. It's possible that he's past his prime, that he's done getting better. I hope I'm wrong, but I also can't ignore it.

So what I'm saying is, despite all that about Hali, 2013 will be better because Houston's improvement will offset any decline we could possibly see from Hali. And if Hali is better in 2013 then that's even better.

Better or worse at outside linebacker? Let us know in the comments.

Find the rest of our articles in this series right here.