KC Chiefs linebacker Tamba Hali has the ninth highest cap hit in the NFL at $15.5 million.

Share All sharing options for: FYI: Chiefs' Tamba Hali has a very large cap hit in 2013

KC Chiefs linebacker Tamba Hali's salary cap number for the 2013 season is $15.5 million. That means that due to the structure of his contract, bonuses and other things like that, he will count $15.5 million against the salary cap this season. 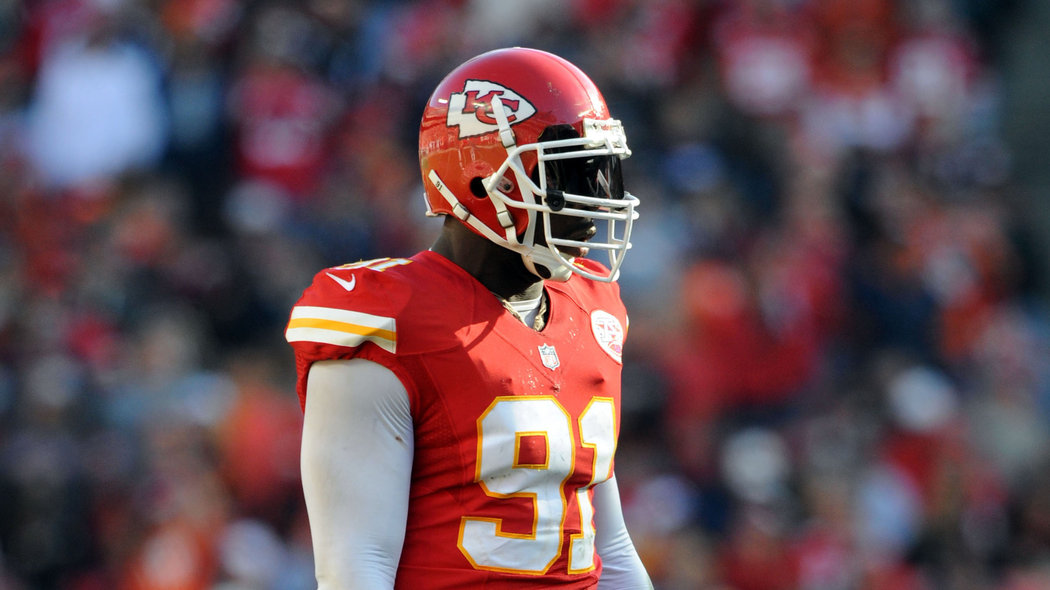 In case you were wondering, yes, that is an enormous number. It didn't hit me until today just how big it was though. According to Spotrac, Hali's $15.5 million cap number is the ninth highest in the NFL. Among all players, including quarterbacks.

The next closest Chief is Eric Berry, who is a third less than that at approximately $10.2 million.

Folks have even argued that Branden Albert should be signed to a long-term deal so that the Chiefs don't have to carry that nearly $10 million cap number on the books. Well, Albert's cap number is nearly $6 million less than Hali.

Tamba's number will drop in future years but it's worth pointing out that it is indeed a very large number.

Now for the money question: Is his number so high that the Chiefs would consider cutting him? I don't think so. Not this year. He's coming up on 30 years old so it bears watching but Tamba is too important to the 2013 Chiefs to consider life without him this season.

Besides, if the Chiefs were going to cut him for cap reasons, they probably would've done it already in order to sign other players, such as Branden Albert.

Former APer BJ Kissel pointed this out back in March; Matt Verderame followed up by saying Tamba should be left out of that discussion.