Branden Albert contract weekend update: There is no update

The deadline for Albert to sign a long-term deal with the Chiefs comes on Monday. Here is your weekend update on Albert's contract situation. (Hint: there is no update.)

Share All sharing options for: Branden Albert contract weekend update: There is no update

All's quiet on the Branden Albert front. The deadline for franchise tag players to sign long-term deals with their team comes on Monday afternoon and nobody appears to know what's going on with Albert and the Kansas City Chiefs.

After Albert, who's next in line for an extension? 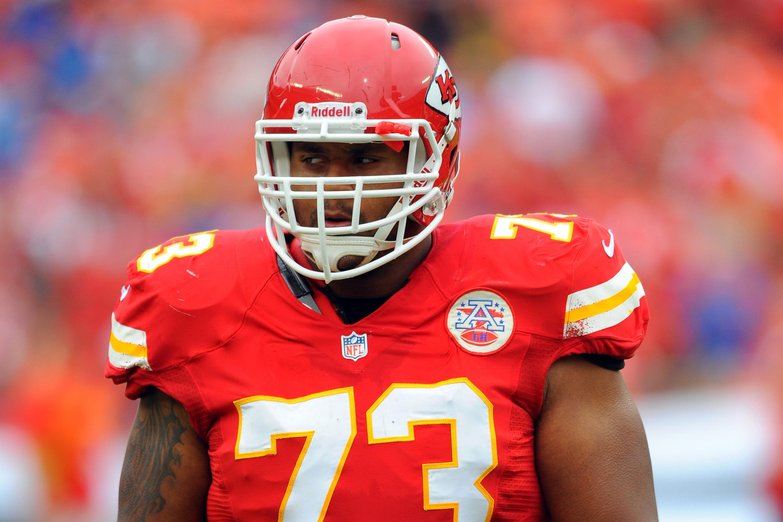 The Chiefs don't have many big name free agents in 2014.

Jason La Canfora writes that there is a general sense that there won't be any deals done before the deadline, which states the franchise tag player must sign a long-term deal before Monday, July 15 or be forced to play out the season on their one-year franchise tender. For Albert, that's roughly $9.8 million. (The Chiefs could technically agree to pay him more than that $9.8 million tender this season but that never happens.)

This is your update to say that we don't know what's going on. Albert and the Chiefs were supposedly set to talk sometime this week, presumably a time when they'd figure out whether a long-term deal is viable or not. The KC Star's Randy Covitz reported no one has been available to speak on the negotiations -- neither Albert's side of GM John Dorsey.

But we do know that we'll know something on Monday at 3 p.m. (Arrowhead Time).