KC Chiefs mailbag: What happened to the return TDs?

Share All sharing options for: KC Chiefs mailbag: What happened to the return TDs?

After all the breathless excitement of the Supplemental Draft (or something), it's time to get back to the doldrums of the offseason.

First, let's pick up with a question we left off with last time, rephrased for freshness (because I have to answer any question regarding Friday Night Lights. This is not an option).

My favorite shows of all time: The Wire, Nip/Tuck, Game of Thrones, Breaking Bad, The Walking Dead, and now Friday Night Lights. Compare the main characters to a Chief past or present.
BSerraile

We're going with Friday Night Lights this time. But first, allow me to say one thing about Breaking Bad... I'm not sure if any show ever has helped more people (who otherwise would not have broken the law) decide to try and become drug dealers. I swear 90 percent of the the clients I've seen decided they could cook meth based on that show. Seriously people, are you not watching what is happening on that show? Stop trying to cook meth! Bad things are the only result! You are not a chemistry genius. Your lab will explode, and you will go to prison. Anyway, back to Friday Night Lights and Chiefs players...

Tim Riggins- Travis Kelce- Angry Travis might not have a deep Southern drawl to say "Texas forever," but in my mind he absolutely does. Watch film of him blocking and tell me you don't see Tim Riggins laying fools out. In fact, I may have to start hassling Kelce on Twitter to grow his hair out and brood a whole lot more (bonus points if he finds himself constantly getting into trouble just "trying to do the right thing"). He may be offended by this action. That's really not my problem, right? Give the people what they want, Kelce! And we want Riggins!

Getting to know Travis Kelce in 11 minutes 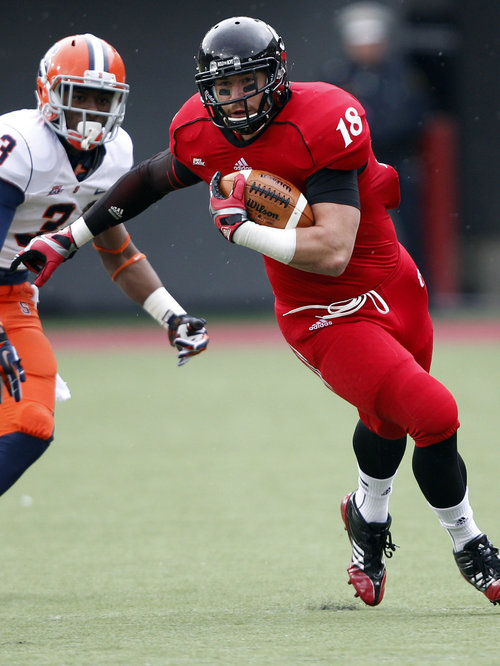 "Smash" Williams- Jamaal Charles- As if anyone else on our roster could POSSIBLY be The Smash. JC is the most electrifying player on the field and is rapidly turning into the face of our franchise (dude's even getting national attention! Who knew this could happen to us?!). And the similarities don't stop with impossible speed/agility/toughness on the field. Smash went to college in Texas (A&M, but still). Smash recovered from a devastating knee injury. Smash has impeccable style. Smash briefly took steroids (OK, not everything is the same). Jamaal Charles IS our Smash.

Tami Taylor- No One- Because there IS no "next" Tami Taylor. She's the Micheal Jordan of... of... whatever she was on that show. No role defines her. Wife / educator / mom / supporter / counselor / greatest. She deserves a shrine.

Landry Clarke- Nate Eachus- Almost no physical talent, but tons of brains and heart. Although I have a hard time imagining ol' Nate landing Tyra Collette. Also, Eachus is no longer a Chief.

Vince Howard- Robert Griffin III- I know, he's not a Chief. But no one else in the history of the league is the total package like Vince Howard. The arm. The athleticism. The desire. Except Vince isn't undersized. So really, RG3 is a poor man's Vince Howard.

Coach Taylor- Andy Reid- Reid has a ways to go before he can completely claim to be Coach Taylor's equal, but that's mostly because Coach Taylor is the greatest coach in history. Of any sport. At any level. Clear eyes, full hearts, can't lose. If Reid doesn't make this our team motto I will be devastated. 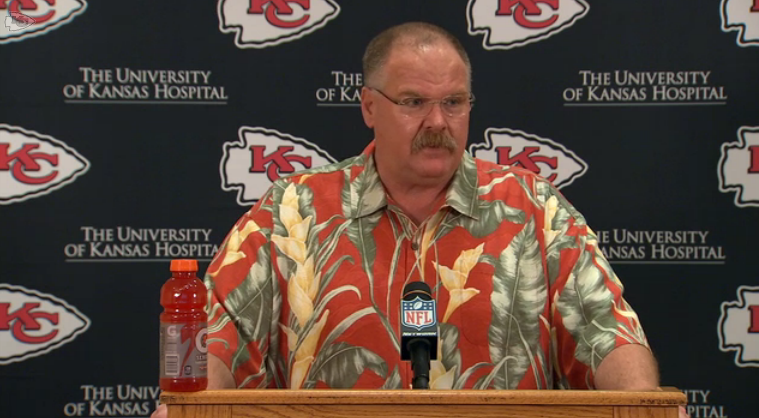 J.D. McCoy- Tyler Bray- All the talent in the world, but not mobile at all and kind of a tool (sorry Tyler, I'm relying on hearsay. Prove me wrong! I believe!).

Matt Saracen- Alex Smith- As if there was even a chance I was going to give this coveted spot to anyone else. Constantly beat down, never beaten. That's Matt Saracen. Who is Matt Saracen? I can sum it up with one exchange. It's a game in which Saracen has been sacked roughly 74 times and looks like he's been in a jailhouse brawl. It's the 4th quarter and the team has the ball down one score. The OL has been caving in all day to what is apparently the defensive line of the Tampa Bay Buccaneers. The hotshot freshman upstart QB is on the bench waiting to replace Saracen if he so much as breathes wrong. Coach Taylor approaches Saracen, who has been carrying the team on his back all day.

Coach: You got one more in you?

(Saracen looks at Coach. He's clearly injured, probably from one of the fifty shots to the ribs he's taken. Blood, sweat, and dirt cover his face and have glazed his eyes. But those eyes are clear)

Saracen: I've always got one more

You're damn right you do, Matt Saracen. And for fear of being a "fan boi," that's one thing to love about Alex Smith. He's always got one more.

Good God, I love that show.

DeSean Jackson has a bloated contract that is cuttable in 2014. Jeremy Maclin's contract is expiring. Both have obvious ties. If one leaves the Eagles and you know he's coming to KC, who would you rather have?

That is a GREAT question. Both have pros an cons in my mind.

If you're going purely on talent, it's gotta be DeSean. Dude is one of the most explosive receivers in the game. His ability to take a five-yard slant and turn it into a 60-yard touchdown is incredible. And his ability to get behind defenses on deep routes absolutely cannot be taken for granted. He always has to be accounted for. Basically, he's an animal.

Maclin is a very good receiver, but not quite on the same level as DeSean.

With Maclin, you get a ton of speed, but not QUITE as much. You get a lot of explosiveness, but not QUITE as much. Maclin is a very good receiver, but not quite on the same level as DeSean. Of course... he's also been nicked up less than DeSean. And he's not nearly the headache DeSean is. I'm not obsessed with filling a locker room with choir boys, but I also have no interest in filling it with too many guys who are a pain. Also, DeSean did this. When one of your most famous plays is the dumbest fumble in the history of the planet, that gives me pause.

So DeSean puts more on the table, but he takes more off the table as well. At the end of the day, I'd go with Maclin. The main reason is that we've already got a number 1 WR. We don't need DeSean to come and be that guy, so we don't need to take the risks involved. What we need is s stud number 2. And Maclin can provide that without the potential problems DeSean brings, and at a cheaper price as well. 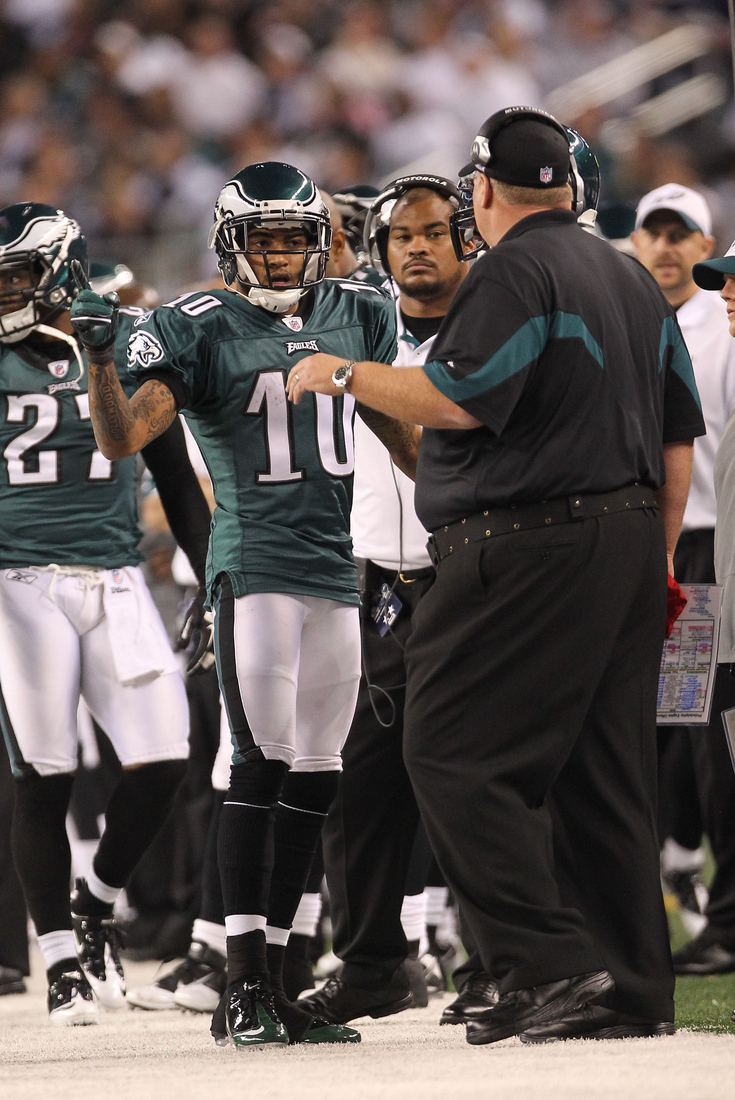 Great take on Joe Montana as a GM, but one thing you left out, is he runs a very successful beer distribution business, so he’s been able to translate the football success to business success. Natural progression in my mind, is football to business back to football, if you can master the X and Os, plus the business aspects of the normal world, it’s a recipe for success in my mind.
Alex

A great, great point that I should have taken into consideration when determining that Montana would be my choice as a former player to be our GM. In my opinion, people shouldn't be asked to manage a team unless they've shown they can manage SOMETHING other than their career as a player. It's basically the same rule I try to follow with politicians. If you've never managed anyone in your life, why exactly should I think you're capable of running a country (believe me, I apply this to all sides of every aisle, so there's no partisanship here. I hate politicians almost universally).

MN (I refuse to call you Seth), if you could pick one person to die a gruesome, drawn out, excruciating death, who would it be? And why?
A. Walder Grey
B. Joffrey Baratheon
C. Other
Also, nobody talks about special teams enough. Fun fact- the Chiefs last had a punt return for a TD in 2010. The Chiefs last had a kickioff return for a TD in 2009. Will the Chiefs score a special teams TD this year? If so, who will it be?
The Scootness 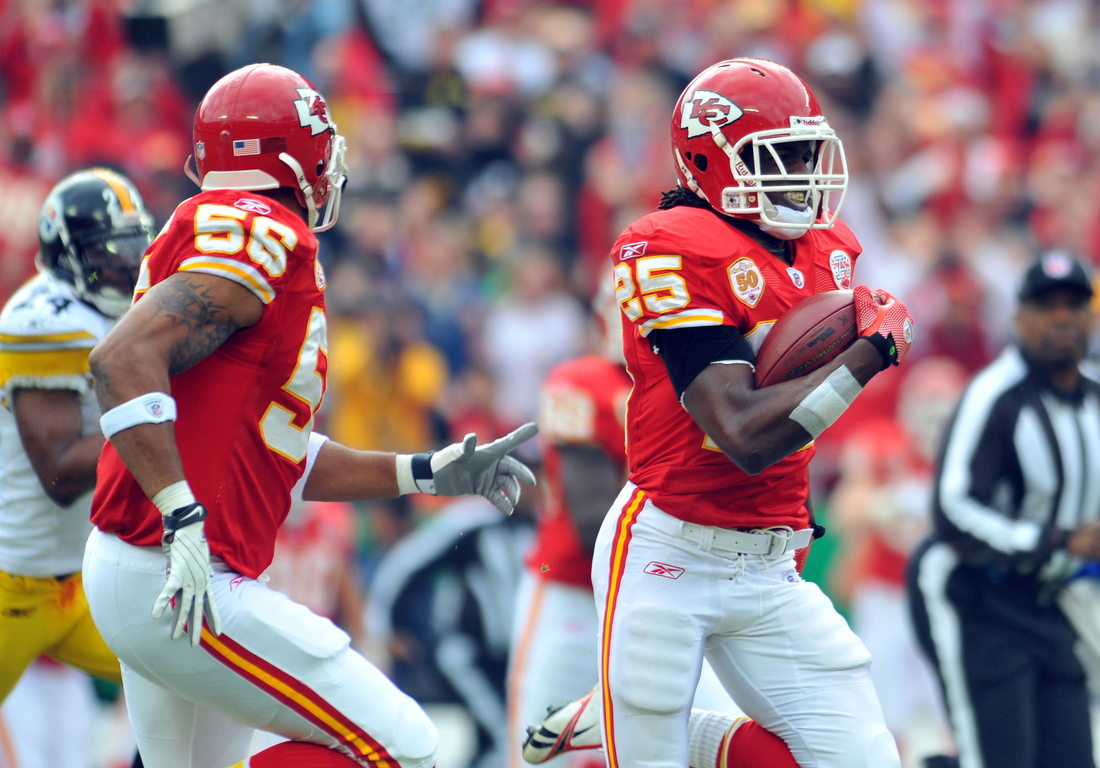 First of all, it's Joffrey. Absolutely, without any doubt in my mind. If that little sadist gets skinned alive while having acid dropped on him I won't even blink. Hats off to that actor. I hate that kid.

Regardless, I think the Chiefs DO score a ST touchdown this year. Hiring Dave Toub was one of the best moves of the offseason in my mind. That guy is perhaps the best special teams coach in the league. That hiring will absolutely make an impact on the team and the special teams will help swing at least one game in our favor this year. I see Knile Davis scoring a touchdown on a kickoff return. I'm not a huge fan of the pick, but the guy has great burst and straight-line speed, and with Toub making the blockers actually block (unlike previous years) I think he'll break one. Don't sleep on Devon Wylie either.

Wow, 1,600 words and we haven't covered zombies? I'll make up for it next time, I swear. In the meantime, send me MOAR mailbag questions!