Share All sharing options for: KC Chiefs secondary is very optimistic about 2013 season

The Kansas City Chiefs defensive backs are not shy about stating what they think will happen this season -- that the Chiefs could have one of if not the best secondary in the NFL.

Indeed, the team that finished 25th in points allowed last year believes they have one of the best secondaries in the NFL. Let's take a quick review of what we have heard from the KC Chiefs defensive backs this offseason. 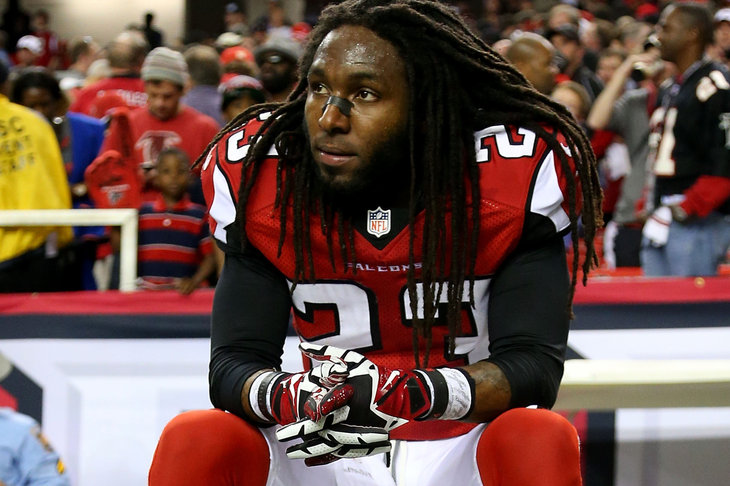 "I think the problem we have now is a good problem. Now we have three good corners that can play football. It's a situation I've been in before. We just have to make sure we come together and our goal ultimately is to become the best secondary in the league."

"Even though we went 2-14, we have a lot of guys who made the top 100 and we had six Pro Bowlers on this team so we're loaded with talent. Right now we're putting it all together and it's going to be very special in the future."

"We going out there trying to have the best secondary," Flowers told "NFL AM" on Wednesday. "Sean Smith is a big corner that can bump and run ... we brought in Dunta Robinson, someone who can come in and cover, (and) also, Eric Berry is always roaming on the back end. If we put it all together, man, I think we have the pieces to be the best secondary in the NFL."

This brings up an opinion I had a couple weeks ago. In talking several weeks ago about the position on the Chiefs that concerns you the most, I said cornerback. People called me crazy, (mostly) in a nice way.

Very surprised to see @ArrowheadPride have CB as the position he is most concerned with on the Chiefs.

@ArrowheadPride @cdotharrison Come on Joel. Very disappointed. That's one of their strengths. The DE, Interior OL & WR have me worried.

@cdotharrison @ArrowheadPride CB? What? Someone should keep the sports analysis to the professionals.. Who in the league has a better group?

No, I do not think the Chiefs defensive backs will suck. As these players have said, they have a chance to be very, very good. But that doesn't mean the position doesn't concern me.

Let me explain my reasoning for that.

The Stanford Routt Effect. I'm a Chiefs fan so excuse me if I don't always operate with reason and logic. With that said, these arguments I hear about the Chiefs improved secondary sound awfully similar to the arguments we heard last year when Routt signed. Sure, it looks good on paper but then, boom, it's Week 10 Routt is cut and Javier Arenas is starting. Consider me a little gun shy when it comes to the cornerback position.

Why Flowers was named the NFL's 75th best player 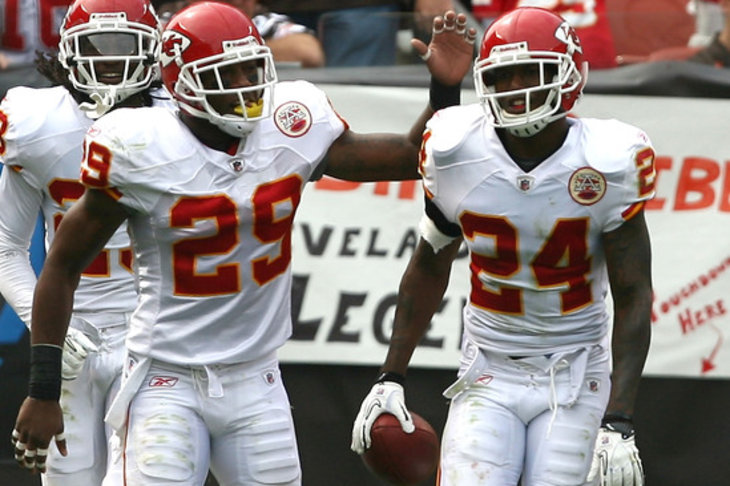 Doesn't the d-line concern you more than the cornerbacks? Tyson Jackson is young and has improved (almost) every year he's been in the league. He's probably not getting any worse. Same goes for Dontari Poe, who is entering his second season. He should be better this year, even if marginally. Then there's Mike DeVito who needs to be average. The Chiefs have won with a worse defensive line than that (2010). So I'm not as concerned about the defensive line because they're more of a known quantity. Which brings me to...

I fear the unknown. Cornerback is an extremely critical position. You can make the case it's the second or third most important position on the field behind quarterback and perhaps pass rusher. Two of the Chiefs top three players at that position are new this year. We have no idea how they will do. Heck, we don't even know whether it'll be Dunta Robinson or Sean Smith starting. I still don't know how the slot will turn out. There are just a lot of unknowns at cornerback. And I am scared of what I don't know. (Also scared of: spiders, guns and crooks.)

I am not saying cornerback is the worst position on the team. Not at all. It clearly has the potential to be one of the best. The question was what position concerns me the most. Due to the unanswered questions and the importance of the position in a team's success, cornerback concerns me.

I will say though ... it would be pretty darn neat if the Chiefs secondary is lights out this year and you call can come back and throw this in my face.