We continue on in our series looking at the improvement (or lack thereof) with each position on the Kansas City Chiefs. Up today is the fullbacks.

Share All sharing options for: Did the Kansas City Chiefs improve? FB edition

The fullback position has been an interesting one in Kansas City this offseason, which isn't something you'd expect with Andy Reid and his pass-heavy offense. But the acquiring of fullbacks has been a notable story line throughout Reid's short time in Kansas City.

Gone are the two fullbacks from last year -- Nate Eachus and Patrick DiMarco. 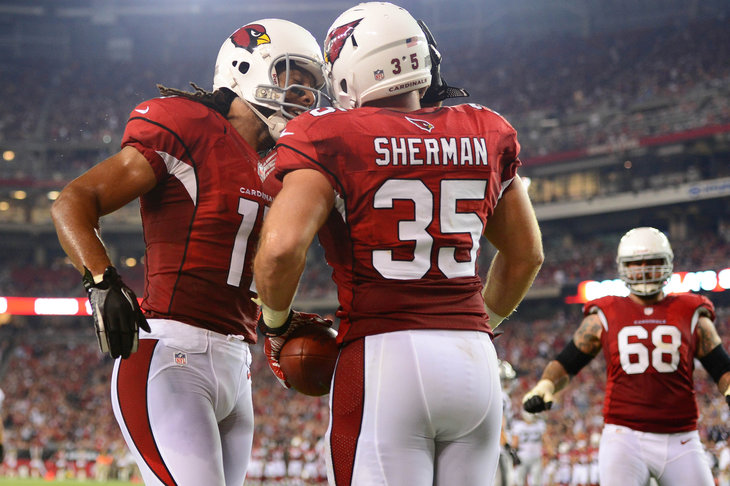 When there's a player-for-player swap for two players that were on the roster bubble to begin with, does anyone really win?

It started when the Chiefs traded Javier Arenas to the Cardinals for Anthony Sherman, who has two seasons of experience as a fullback in Arizona. He started 11 games and appeared in nearly 30. Trading Arenas for a fullback was certainly notable (even if Arenas may not have been making the team anyway).

The second move was drafted Braden Wilson out of Kansas State in the sixth round. He, too, is a fullback but he has no experience. He could be a candidate for the practice squad.

Finally the Chiefs were interested in Vonta Leach, a free agent fullback. Probably the top fullback on the market and one of the best in the league. Leach is expected to land elsewhere but the Chiefs were among a handful of teams who expressed interest.

This is another position that has been completely revamped; everyone from last year is gone.

I give the advantage to 2013 based partially on the fact that Sherman has more experience in the NFL than Eachus or DiMarco. So in theory he should be better ... but we can't say whether that's actually the case or not.

So, did the Chiefs improve?