Kansas City has the highest paid punter in NFL history who is also hilarious.

If you think there's too much kicker-love in the photo, you need to click away now, because there is plenty more coming from yours truly.

The Kansas City Chiefs are very fortunate (wise) to have two of the better special teams players in the league, with a solid kicker in Ryan Succop and the best punter in Dustin Colquitt. Often, these guys get overlooked in the NFL because they're "just kickers".

Yeah, sure. They're "just kickers" until your guy needs to hit a 45-yard field goal to win the AFC Championship game. Then they kind of matter and stuff.

Of course, we can't forget about the return and coverage teams as well, something I'll dive into below.

Without further rambling, let's take an in-depth look at the Chiefs special teams:

No competition for Succop, Colquitt 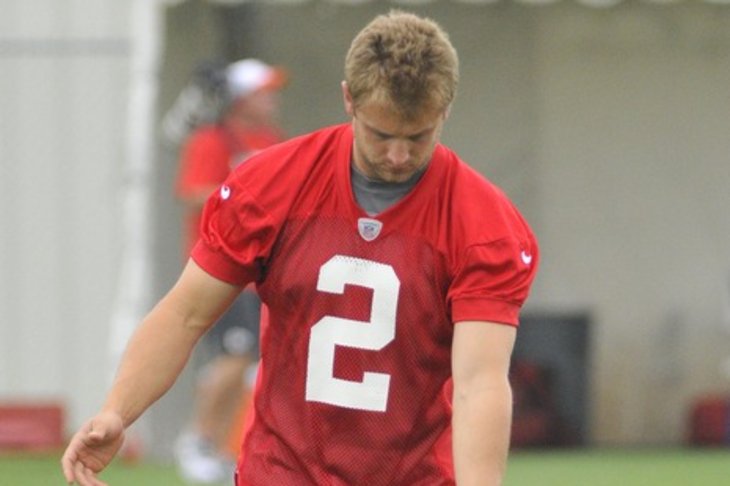 "I'm not sure I ever had a punter like him as far as the way the ball flies off his foot is just amazing," special teams coach Dave Toub said. "He's a bomber. He can flip the field for you. He's definitely a guy that we're happy to have."

As stated above, there is no question as to who will be doing the punting and kicking. Colquitt finally earned a Pro Bowl berth for the first time last season, something that was long overdue. He was then paid in a large way, earning the biggest contract for a punter in league history with a 5-year, $18.75 million deal.

Succop has proven in his four seasons to be one of the best Mr. Irrelevant picks of all-time. Nobody is saying that Succop is the second coming of Jan Stenerud or Nick Lowery, but he gets the job done with regularity. Last season, the former seventh round pick hit 28 of 34 attempts, including two from 50-plus yards away.

Consistency from both of our special teamers. However, I'll now get into the return teams ans say we can expect much better with Dave Toub as Kansas City's new ST coach. Toub lorded over the Chicago Bears for the better part of a decade and always had one of the best groups in football (yes, it didn't hurt having Devin Hester).

Toub will create different ways for the Chiefs to gain yardage on returns with gadget plays, something he's famous for. We should all be ready for some tricks and surprises featuring Dexter McCluster, Devon Wylie and Knile Davis.

All the Chiefs position breakdowns 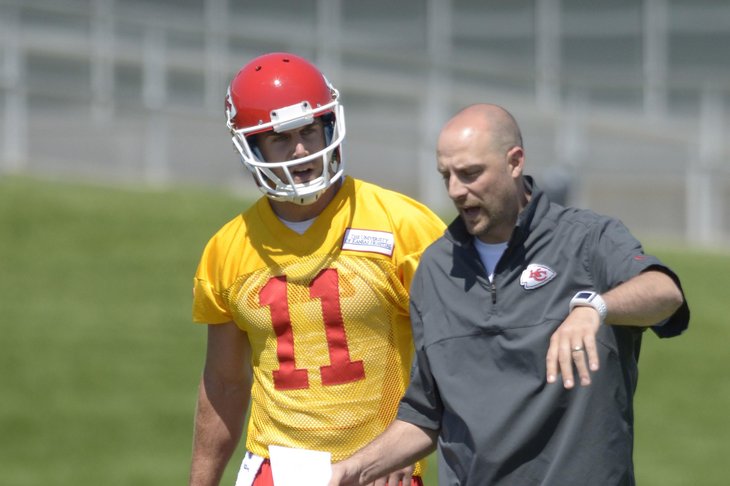 Who is going to be returning punts and kickoffs? Javier Arenas was the main man on punts last season, but now he's on the Arizona Cardinals. Early signs say McCluster will likely be returning punts. Knile Davis is among several receiving looks at return man.

How about Wylie? Somebody needs to step into the role and seize it. Personally, I would like to see Wylie take the spot. Davis has fumbling questions until proven otherwise and this team can't be giving away free points. McCluster has all the ability to be special as a returner, but he also fumbles at times and is made of glass. Let Wylie use his speed and if he gets hurt, it's not the end of the world.

Colquitt will make another trip to Hawaii at season's end and Succop will knock through around 80 percent of his attempts. The return units will improve, ranking somewhere around 15th in the league after being 24th and 21st in return yardage on kickoffs and punts respectively.

Toub is a major addition and should be able to get those units up to speed, especially when you consider he barely needs to spend any time with his kickers. I believe the biggest area of improvement under Toub will be on the coverage units, headed up by Terrance Copper.

Last season, the Chiefs allowed the seventh most kickoff return yardage on average and surrendered more punt return yardage per attempt than any team not named the Buffalo Bills or Philadelphia Eagles. I expect the Chiefs to finish in the top half of the NFL in both categories.

Why? Because coaching matters. Toub will get the job done in Kansas City.

Reid and Dorsey are happy with the roster

Sean Smith: This defense is special