One of the most intriguing third quarterback battles in the league is in Kansas City. KC Chiefs head coach Andy Reid said he was impressed by what Tyler Bray, the undrafted rookie out of Tennessee, could do.

The most intriguing KC Chiefs position battle that doesn't involve a starting job comes at quarterback, more specifically the third quarterback. Ricky Stanzi the incumbent is competing with Tyler Bray, the undrafted rookie out of Tennessee. We've heard little about the progress of Stanzi but Reid praised Bray when asked about him on Thursday.

"Yeah, I'll tell you, he did a nice job," Reid said. "He did a really nice job. You never know until you get them here.

"He's in a good room, so he's got good examples around him as players. He's got coaches that have played the game and the position in there. He's embraced that and really focused in.

Reid, Dorsey happy with the roster 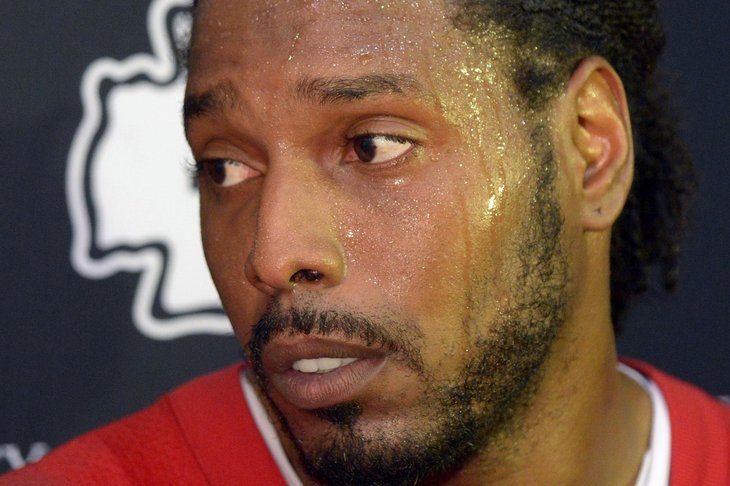 KC Chiefs head coach Andy Reid is not only content with the state of the roster after the offseason program, he also said this week that the Chiefs are further along at this point than he thought they would be.

"The fact is that he did a nice job and improved every day. He was a bit like a sponge just taking everything in. I was impressed."

Still, the words above say a lot to me about how this quarterback competition is going. The majority of folks predicted Bray would beat out Stanzi given the fact that Reid picked Bray and he did not pick Stanzi. That in itself makes you think Bray has the edge, let alone that he has a "gun for an arm, as Reid calls it, and loads of potential. We said that at one point in time about Stanzi but he has never had an opportunity in the last three years. Maybe he just wasn't good enough. Maybe the former coaching staff(s) screwed him over. Who knows what happened but the fact is the NFL is a league about "potential" and right now Tyler Bray's potential is an easier sell than Stanzi's.

OK, all that said ... this is just the offseason program. Training camp hasn't started. Neither have preseason games. For the third quarterback, preseason games are HUGE. There is still a lot that to be determined in this battle which likely won't end until August 31, the final day of roster cuts.

Lots of throws to make and practices to run before a decision is made. But those of you who picked Bray in this battle aren't feeling any worse about that today.