KC Chiefs head coach Andy Reid is not only content with the state of the roster after the offseason program, he also said this week that the Chiefs are further along at this point than he thought they would be.

Share All sharing options for: Andy Reid says Kansas City Chiefs are further along than he thought they would be

The Kansas City Chiefs wrapped up their offseason program on Thursday and after hearing Andy Reid speak there were two big takeaways for me: 1.) He is happy with the state of the roster and 2.) The Chiefs are further along than he thought they would be. Both excellent news.

OK, prepare for the optimism! Here we go...

1. Asked if he was happy with where the Chiefs roster is, Reid said, "I am."

His partner in crime, GM John Dorsey, said something similar in this interview with the (other) AP's Dave Skretta: "What I'm proud of is we got here January 13, we created a plan with regards to the immediate team - free agency, the draft, how to create competitive depth on the roster - and I think we've done a pretty good job with that," Dorsey said.

The Godfather: 'I can easily them in the playoffs' 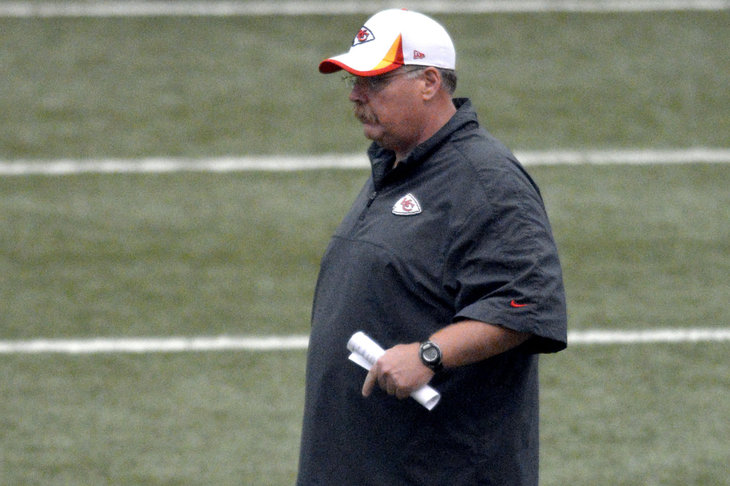 Yeah, what else were they supposed to say? Um, they could say they're not happy with the roster.

So they're both happy with the roster, while also acknowledging that the personnel moves never stop. You're always improving.

Asked if he had a goal of where he wanted the Chiefs to be after OTAs, Reid said, "You have an idea, yes. You come in with an idea. I think we've exceeded that. You can put a whole lot in, but it's important that the fundamentals and techniques are there too on both sides of the ball and special teams."

Key line there: "I think we've exceeded that."

3. "I thought we were able to maintain the fundamentals and techniques and get better at those," Reid continued, "and at the same time the players were studying so stinkin' hard that their retention was good enough to where you could add a little bit more than what you thought you could." 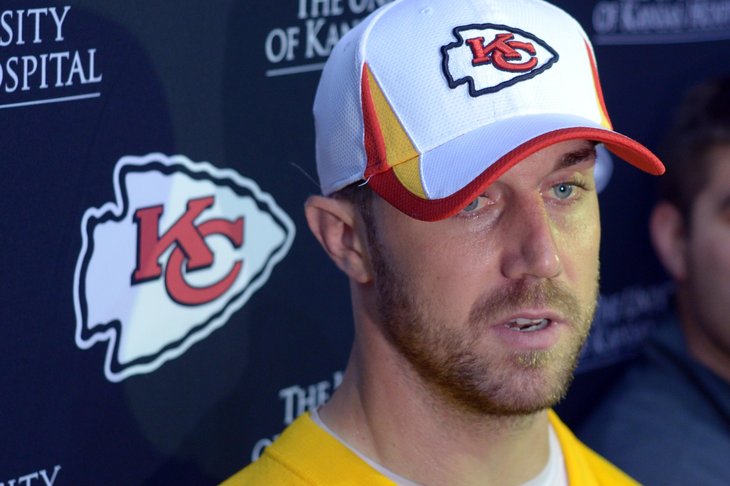 "We're head and shoulders above where we were a couple months ago," Alex Smith said.

Reid said that with his previous teams he would give them 3-4 days off in between practices as the Chiefs have done this offseason. He said when those teams came back, they lost something previously learned. "That's not the way this crew was," Reid said. "They took it up another notch every time they came in."

Is he just blowing smoke? Is this coach speak? We don't know him well enough to answer that but I'm intrigued by his answers here.

I remember Romeo Crennel saying last year's Chiefs team worked hard and did the right things. They had excellent attendance at the offseason program, complimented each other and stayed in shape. From my vantage point they were doing all the right things.

Just like what Andy Reid is saying now. (Yes, you can call me a Debbie Downer.)

What I'm feeling right now: Lots of optimism for the 2013 Chiefs while also remembering that we've seen good offseasons before. Cautiously optimistic is the category I would place myself. What about you?