Kansas City Chiefs sign one of their tryout players

The KC Chiefs have reportedly signed a new player into the secondary.

Earlier this week the Kansas City Chiefs had several players in for a tryout, including defensive backs Vince Agnew, LeQuan Lewis and Akwasi Owusu-Ansah. The team has yet to officially announce anything but Aaron Wilson reports;

Agnew is a 5'10, 192 pound cornerback and comes from Central Michigan. He was most recently waived by the Cowboys in March. He's been working out for the Chiefs this week (thus the picture of him in a Chiefs uniform).

Bob Gretz had some details on the workout guys earlier this week.

The KC Chiefs secondary is one of the most intriguing position groups this year. There could be up to a 50 percent turnover among the four primary players of the secondary, and a whole lot more behind that. 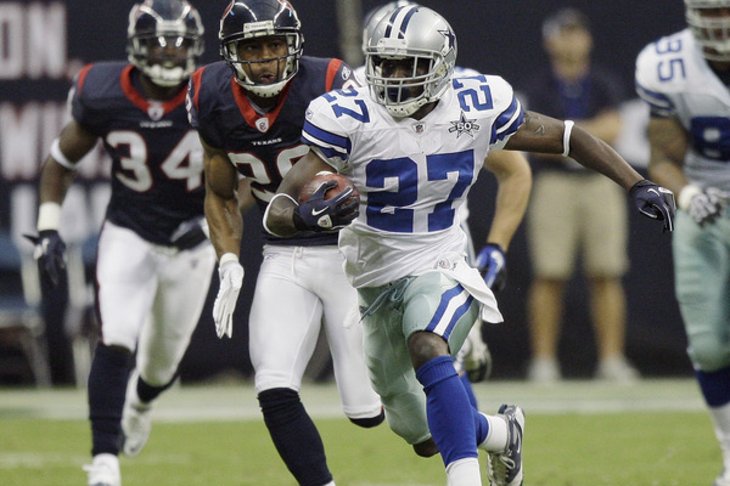 The roster churning never ends for the Kansas City Chiefs, who brought in three more players for tryouts this week, including LeQuan Lewis, Vince Agnew and Akwasi Owusu-Ansah.

Right now I don't know where someone like Dunta Robinson is going to contribute regularly ... that's a good problem to have. Injuries and other things always pop up so I'm excited that there appears to be some depth at several spots in the secondary, regardless of how the starters shake out.

The Chiefs have a similar situation unfolding at guard. Jon Asamoah will be a starter but then vying for one other spot is Geoff Schwartz, Jeff Allen and Donald Stephenson. However that shakes out, I'm happy with the depth at several positions.

Agnew will likely fill in a similar depth role at cornerback. He's got a long way to go, coming in as a tryout player. But with a new front office and coaching staff, there are opportunities for players in similar situations as Agnew. As always, special teams will be key.

Update: The Chiefs made it official, adding this bio:

Agnew (5-10, 196) saw action in four contests with the Dallas Cowboys in 2012. While with Dallas, Agnew spent the majority of his time on the Cowboys practice squad roster. After originally entering the NFL as an undrafted free agent with the Miami Dolphins, Agnew served his initial NFL season on the Dolphins practice squad. The Grand Rapids, Mich., native played in 47 games at Central Michigan recording 161 tackles (95 solo), five tackles for loss, one interception and 14 passes defensed. He added one forced fumble, one fumble recovery and three blocked kicks on special teams. Agnew prepped at Catholic Central High School in Grand Rapids, Mich.

What were the Chiefs REALLY doing?

Gil Brandt: I can easily see the Chiefs making the playoffs

Chiefs are 'head and shoulders above' where they were