Kansas City Chiefs safety Eric Berry has been facing Alex Smith throughout the offseason in practice. What does he think? "He's just a big time competitor," Berry said of his quarterback.

Share All sharing options for: Chiefs' Eric Berry on Alex Smith: 'He just keeps coming back'

Earlier on Wednesday there was this from the voice of the Chiefs, Mitch Holthus:

That's a common theme throughout Arrowhead at the moment. Chiefs safety Eric Berry was on NFL Network and took his time to praise Smith who has had a good offseason according to a number of accounts.

"I like Alex because he is just a big time competitor," Berry said on NFL Network. "Regardless of what situation he has put in, he just keeps coming back. We have been going at it back and forth on the field. I like the challenge. Like I said, he doesn't back down from anything. He has been putting in the hours, putting in the work.

4 questions on where the Chiefs stand 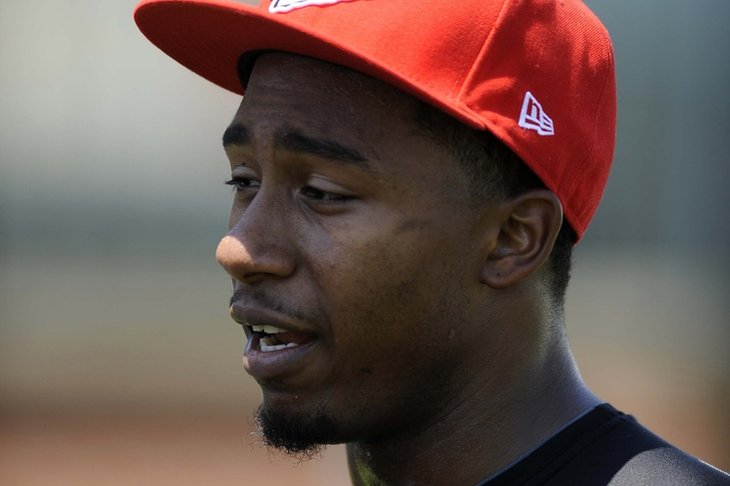 We now have an answer to this, from NFL.com's Gregg Rosenthal in his minicamp preview earlier this week: "Look for the competition to see which Chiefs teammate compliments Alex Smith the most this week." For now, that's Eric Berry.

"Everybody has been pretty much working hard," Berry said of the Chiefs offseason. "Ever since they came in, we have pretty much been trying to stay focused and move forward and get everything going in the right direction.

"As bad as it may seem last year was, I feel like we kind of laid a big foundation. We stuck together throughout the whole process. No one ever pointed a finger, no one ever blamed anyone for anything. It just made us closer and closer as a core group. Right now we are just stacking on top of that and just keep moving into the right direction."

Berry makes a good point there -- the Chiefs went through a lot of shit last year but the locker room seemed to, for the most part, stick together. That core group of players remains in Kansas City in 2013.

Editor markup for Trent Green visits with Alex Smith and more KC Chiefs minicamp pictures. This is only visible in the story editor.