Are the Kansas City Chiefs rebuilding? How high (or low) should expectations be? Read on to see how key Chiefs players, coaches and even the owner answer those questions.

Share All sharing options for: Kansas City Chiefs hope they're reloading, not rebuilding

As a fan one of the most frustrating words in the NFL has to be "rebuilding". Ugh. That word, in most cases, is a built-in excuse for a team not winning a lot of games. And excusing why you're not winning before you even play a game is pretty awful for fans. (Example: The Raiders.)

The NFL is so great because a team like the Kansas City Chiefs, coming off a two-win season, can still reasonably compete for the playoffs. And once you get into the dance ... who knows what can happen?

"No, you never look at it as a rebuilding year," Chiefs linebacker Derrick Johnson said, via comments distributed by the Chiefs. "That's college talk. You always reload." 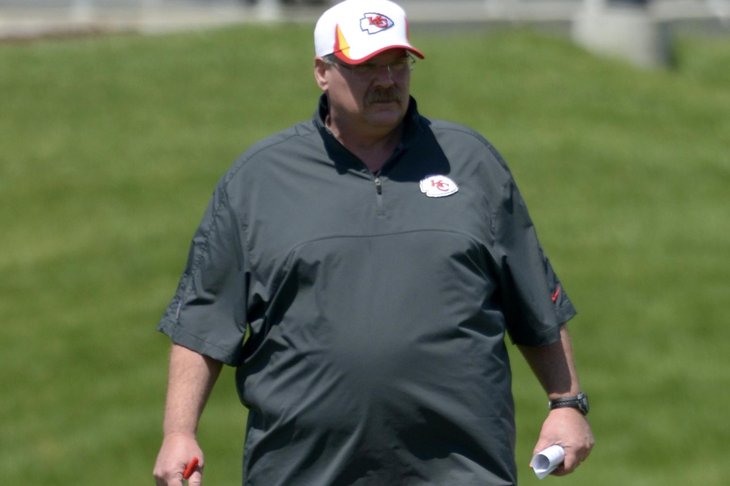 We ran our monthly approval polls for the Kansas City Chiefs brass last month, including head coach Andy Reid, GM John Dorsey and owner Clark Hunt. All three of them scored very high in the May 2013 approval poll.

There's no other way to look at it. The past decade in the NFL has shown things can turn around in one year. No longer do you need 3-4 years to turn your team into a winner. In a results-driven league people expect, well, results.

"Even though we didn't win a lot of games last year, this team that we have already had some good core players here - something we could build off of or we could reload off, I should say, by bringing Alex Smith in and bringing a few other guys in to help us win," DJ said.

"[Andy Reid] put a standard on us when he first walked into the meeting room - it's winning a championship." -DJ

Chiefs players huddle up and say championship at practice. "That's the way you prepare," said Andy Reid, who made clear what the expectations are for this team.

"Andy Reid," a very quotable DJ continued, "he put a standard on us when he first walked into the meeting room - it's winning a championship. If you play for anything else, you're not doing justice to the game."

Clark Hunt, meanwhile, had an interesting answer when asked at Tuesday's minicamp about expectations this season.

"I always have very high expectations," Hunt said, "but you try to temper those expectations. We do have a new coaching staff. We have a lot of new players. I don't know how quickly it will come together once we get to September, but I'm very excited about what I'm seeing this spring." 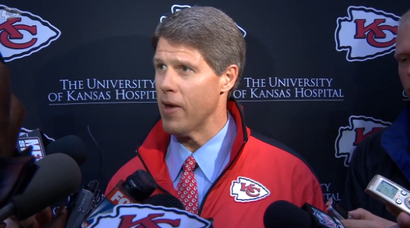 I'd be lying if I said it didn't concern me when the team brass attempts to temper expectations. The youth movement teams under Herm Edwards did that and those teams were terrible. In 2009 we were asked to temper our expectations given the new Chiefs regime and that team was really bad. The Raiders have lowered expectations into the basement the last two years and, whaddya know, they've been really bad. So, no, seeing a team official tempering expectations is not what I want to see.

That said ... Hunt's position is a respectable one. It may not actually be the talking points for this season. Teams with all new everything -- coaching staff, front office, quarterback and more -- usually don't blow the roof off the place in the first year. The Chiefs absolutely should compete for the playoffs in 2013 -- no question about that. But beyond simply reaching the playoffs ... I don't have many more expectations for the 2013 Chiefs given all the turnover we've experienced in the last year.