No position has seen more turnover than the most important one on the field for Kansas City.

In our penultimate edition of breaking down each position on the Kansas City Chiefs, we take a look at the most talked about situation on almost any football team; the quarterbacks.

The Chiefs have totally overhauled the position and for good reason. In 2012, Kansas City suffered through Matt Cassel and Brady Quinn combining to throw for 169.6 yards per game, ranking dead last in the league. On top of that, the duo tossed only eight touchdowns and 20 interceptions.

In came general manager John Dorsey, riding a white horse to save the day. Dorsey quickly traded for Alex Smith, giving up two second round picks much to the dismay of many Chiefs fans. Dorsey then moved in free agency, signing backup quarterback Chase Daniel to a three-year contract while saying goodbye to Cassel and Quinn. 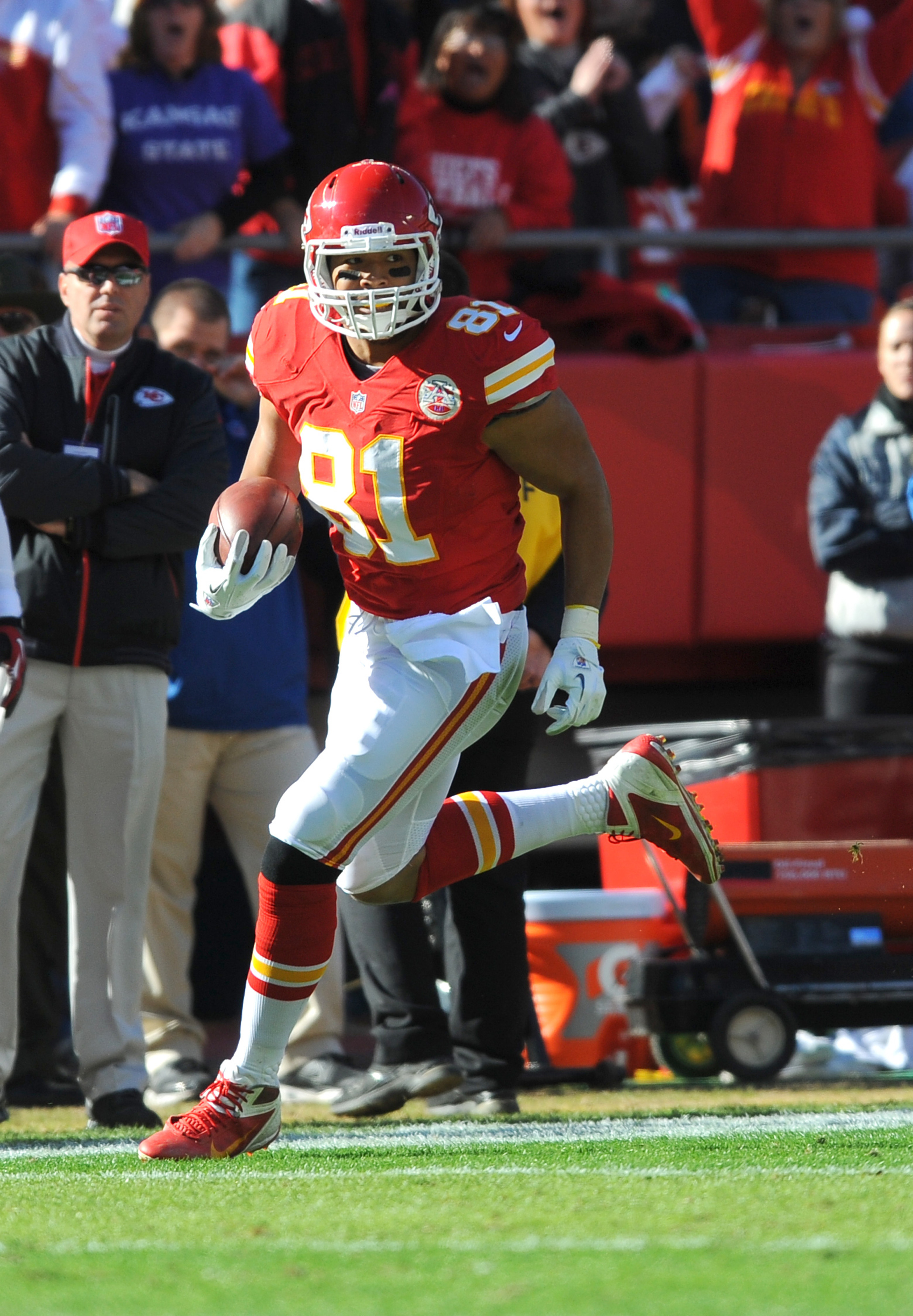 All you need to know about a variety of positions on the Chiefs roster, including (so far) receivers, cornerbacks, lines, running backs, tight ends, safeties and linebackers.

The only man still standing in this position group from last year is Ricky Stanzi, and it's only a matter of time before he loses that distinction thanks to undrafted rookie free agent Tyler Bray.

With all that out of the way, it's time to take an in-depth look at the quarterbacks:

There is no doubt Smith will be the starter for now and the foreseeable future. Kansas City gave up plenty to acquire Smith and has gone out of its way to give him glowing reviews throughout the offseason.

I'm not going to spew his statistics, because we all know what he's done throughout his career. Smith is the type of player who isn't going to put a team on his back often, but also won't kill their chances of winning. Considering the personnel he's surrounded by, it seems a good fit.

Andy Reid getting the most out of Smith. Throughout his coaching career, Reid has proven to be a quarterback guru, coaxing players like A.J. Feeley and Kevin Kolb to be respectable. Read that last sentence again.

Reid employs a short, precision-based passing attack which fits Smith's skill set. It would be nothing short of shocking if Reid doesn't have Smith throwing for a high completion percentage and moving the chains.

If Smith gets injured, Daniel is a complete unknown. The diminutive signal-caller had a great career with the Missouri Tigers, but he's done nothing in the NFL. Don't talk about preseason stats either, they are completely meaningless.

Daniel might be solid, but he also could be atrocious. Smith needs to stay upright or this season could be a total disaster depending on how well Daniel can fill in. This is easily the biggest what-if scenario of the season.

Smith will be one of the most accurate passers in the NFL, and yet Chiefs fans will complain until their keyboards break. Why? Because Smith isn't Aaron Rodgers, Tom Brady, Peyton Manning or Drew Brees.

What he will do is let Jamaal Charles crush defenses behind one of the best offensive lines in football, and have Dwayne Bowe make yards after the catch. Ultimately, Smith will be effcient and likely boring at times, making Kansas City fans wonder when Bray is coming in. The answer? Never. He's Tyler Bray.

Smith will do a very nice job in this offense under Reid, but it won't be magical to watch. Ultimately, I say Smith throws for 3,800 yards, 22 touchdowns and 10 interceptions.