The Kansas City Chiefs drafted tackle Eric Fisher No. 1 overall in the 2013 NFL Draft last April. Now they need to sign him to a contract.

Share All sharing options for: KC Chiefs, Eric Fisher talks expected to pick up this week

There is a rookie wage scale in the NFL which keeps the price tags on the top rookies at a reasonable level and not the insanity that gave Sam Bradford a $70 million deal before he set foot in the league. The rookie wage scale simplifies things but there is still some negotiating to do. 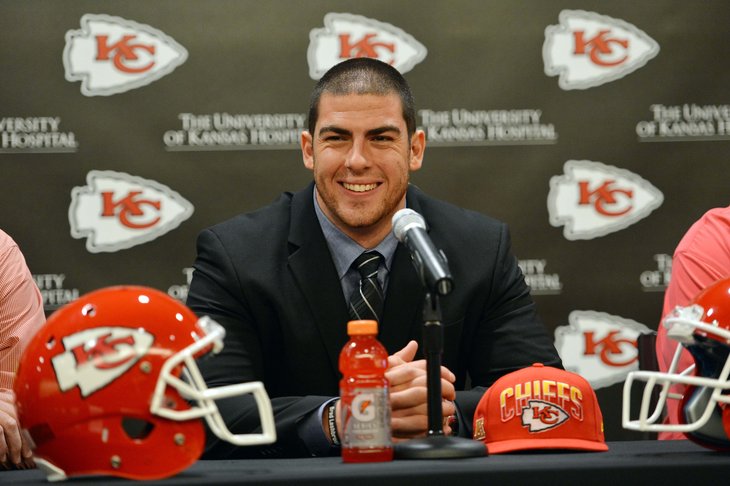 Will Eric Fisher sign soon after Joeckel recently inked his deal with Jacksonville?

Contributing to National Football Post, Len Pasquarelli reports that the Chiefs and Fisher have yet to have "substantive" talks but they should start talking more seriously in the next week or so.

Looking at the calendar ... I could see them picking up talks after the fourth of July weekend, Monday the 8th. Then I would expect them to have something done before July 22, the date in which Chiefs rookies and quarterbacks can report to camp in St. Joe. Everyone else starts on July 26.

Of course this is all just a guess. But in past years with the rookie wage scale there have not been holdout problems.

Fisher is the only unsigned Chiefs draft pick.

Look at this Chiefs cake (and this one)