The Dolphins, Texans and Giants are considered frontrunners for Leach's services.

While Kansas City Chiefs are among the five finalists to land free agent fullback Vonta Leach, according to his agent Ralph Vitolo (via ESPN's Bill Williamson). However, he was forthcoming with Fox 26 Sports stating that the Houston Texans, New York Giants and Miami Dolphins are in the top three, with the Chiefs and Giants trailing.

The Dolphins have been considered the frontrunners in recent days with analysts like Adam Schefter noting it would be a "major upset" if he doesn't land in South Beach. However the longer this drags out, the more time there is for a bidding war. After all, Leach has been to the Pro Bowl in each of the last three seasons. 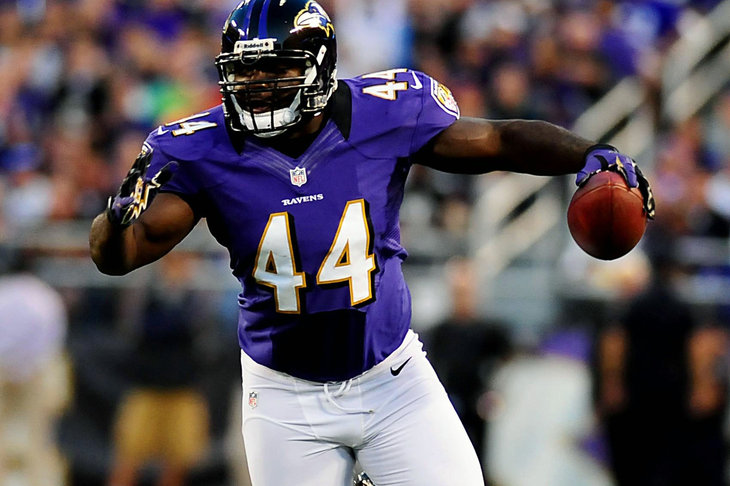 ESPN's Bill Williamson recently spoke to Vitolo to specifically ask about the Chiefs' chances of signing Leach. He called their chances "unlikely":

"He said there haven't been any recent talks," Williamson wrote, "but there has been mutual interest. Still, the Chiefs are tight against the salary cap and they must sign No. 1 overall pick Eric Fisher. Leach would be a luxury signing, so I think the odds are against the Chiefs signing him."

The Chiefs have already made a few moves at the fullback position this offseason, so it's not as if they haven't addressed any perceived need in the backfield. With a sixth round pick invested in Kansas State's Braden Wilson and the Javier Arenas trade for Anthony Sherman, John Dorsey has already brought in fullbacks that he presumably likes.

However when a player like Leach is made available, it behooves any team to kick the tires. Just like Desmond Bishop, the Chiefs have showcased an interest in a solid free agent on the market. It's unlikely he will land in Kansas City but it's a nice thought nonetheless.

Jamaal Charles: 'Sit back and watch'