The Kansas City Chiefs are a darling for some, but one NFL analyst craps all over that and suggests the Chiefs are the third worst team in the NFL right now.

Share All sharing options for: These NFL power rankings say the KC Chiefs are one of the worst NFL teams

NFL power rankings are a weekly tradition during the season and a typical column even when teams aren't playing. It's June so they are a go-to when NFL writers and bloggers (like us) have little else to talk about. The latest power rankings from NFL.com's Elliot Harrison has an interesting list that places the Kansas City Chiefs near the bottom of the pack.

The Chiefs are officially ranked at No. 30 in Harrison's rankings, which have the Seattle Seahawks and San Francisco 49ers at the very top. Only the Jacksonville Jaguars and Oakland Raiders are below the Chiefs.

Vegas on the Chiefs 2013 win total 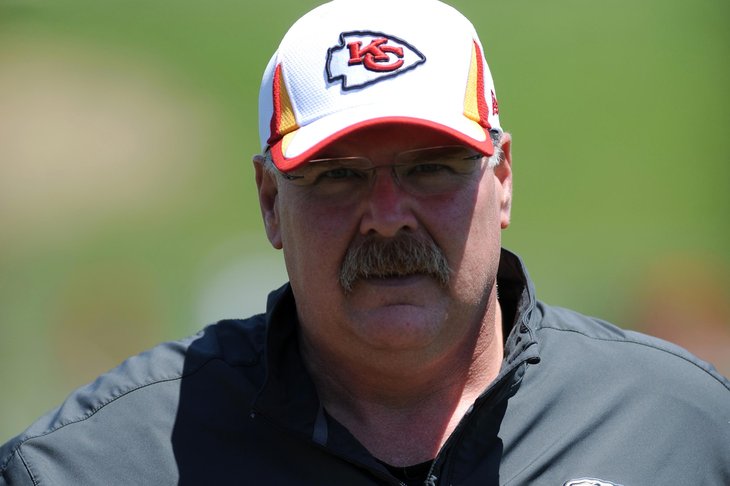 RJ Bell of Pregame.com has win totals out and the KC Chiefs number is more optimistic than others.

"What about the D?" Harrison asks in his power rankings. "The unit that the Chiefs will probably have to lean on finished 25th in points allowed at 26.6 per game. That's not to say Kansas City can't make a move in the AFC West, but questions at corner, inside linebacker, wide receiver and, yes, quarterback leave the 2013 underdog darlings at 30."

While it's easy to argue against Harrison given the number of moves that the Chiefs have made, there's something to be said for not falling for offseason moves. It's an often quoted maxim in the NFL that winning the offseason doesn't mean anyything, so Harrison takes a fair stance for his seeing-is-believing attitude.

At the same time, he is going against the grain as the Chiefs have received their share of kudos for a solid offseason. Most people, it seems, would rank them higher than this.

What do you think? Is Harrison accurate or is he crazy?

Did the Chiefs improve? QB edition