Desmond Bishop to the Minnesota Vikings, according to report

The free agent linebacker has chosen the Vikings over the KC Chiefs.

Share All sharing options for: Desmond Bishop to the Minnesota Vikings, according to report

The Kansas City Chiefs were one of several teams in the running for Desmond Bishop's services but they did not get him. According to a report from Pro Football Talk, Bishop agreed to terms on a one-year deal with the Vikings. With incentives, the deal is worth $2 million, according to 1500ESPN.com.

The linebacker hit the open market when the Green Bay Packers cut him last week, creating instant interest from multiple teams. By the end the Chiefs, Vikings and Giants were believed to be the three teams most interested in him. 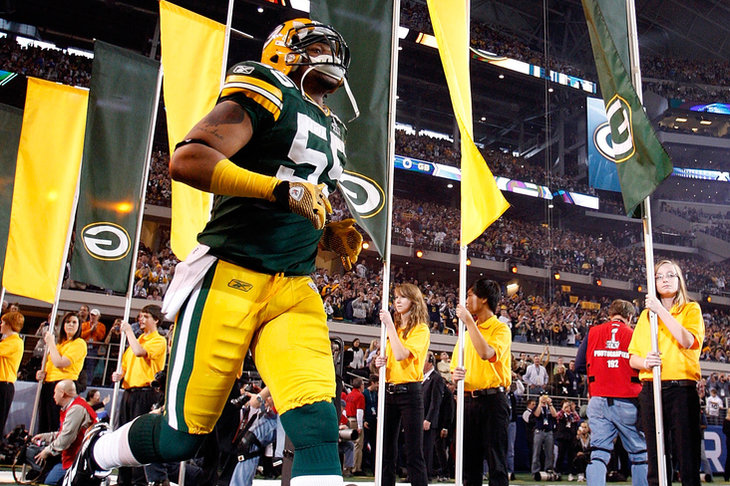 The connection in Minnesota is the NFC North where Bishop will now face his former team twice. The connection in Kansas City was GM John Dorsey, who was in Green Bay the same time as Bishop.

The Jacksonville Jaguars were said to be interested, along with the San Francisco 49ers who are, uh, pretty set at linebacker with Pro Bowlers in place.

It's a one-year deal in Minnesota, which was expected. Given Bishop missed all of the 2012 season with an injury, it makes sense he would return to the NFL on a one-year, prove-it contract. If he plays well, he will get paid by someone.

While Bishop would have been nice, it's not like the Chiefs have been ignoring that inside linebacker position. Akeem Jordan was brought in from Philly and he's playing next to Derrick Johnson. Many folks around the team expect linebacker Nico Johnson, drafted in the fourth round last April, to eventually take that job.