Which Kansas City Chiefs running back in history would you take?

Along with linebacker and kicker, the Chiefs have had a storied history in the backfield.

Share All sharing options for: Which Kansas City Chiefs running back in history would you take?

It's a very slow period in the NFL calendar, which means you're going to see plenty of posts which center around discussion topics and not straight news. Sorry folks, welcome to June (and most of July).

A friend of mine asked me the other day if I thought Jamaal Charles was the best running back in the Kansas City Chiefs history, and almost reflexively I nodded my head in approval. 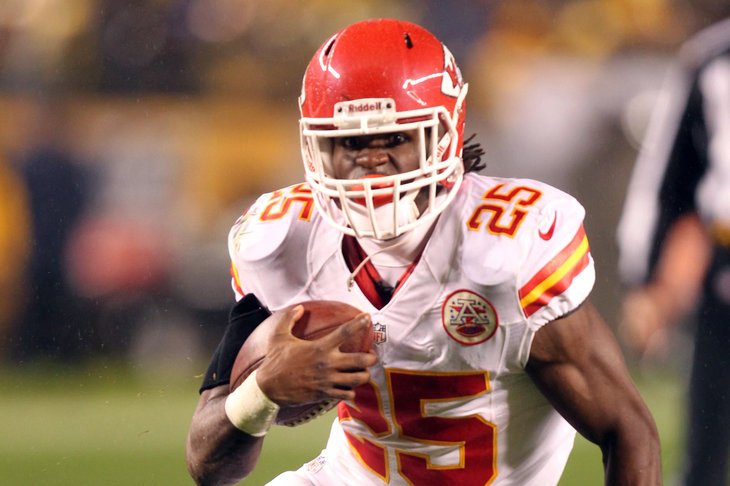 Charles is just 1,535 yards away from becoming the Chiefs all-time leader in rushing yards.

Driving home, I began to realize it's not such an easy answer.

Of course, Priest Holmes owns the all-time franchise record with 6,070 yards and like him or not, Larry Johnson is a very close second with 6,015. Charles isn't even third yet, with the Nigerian Nightmare, Christian Okoye ranking above him at 4,897.

Knock on wood, Charles will be passing Okoye early in 2013, needing only 362 yards.

After thinking about it for a while, I'd take Charles. He's the most dynamic of any running back Kansas City has ever enjoyed. I'm a big fan of guys who are game-changers, a player who can turn a contest on its ear at any point. Charles is most certainly capable of that.

Which Chiefs RB in history would you take?